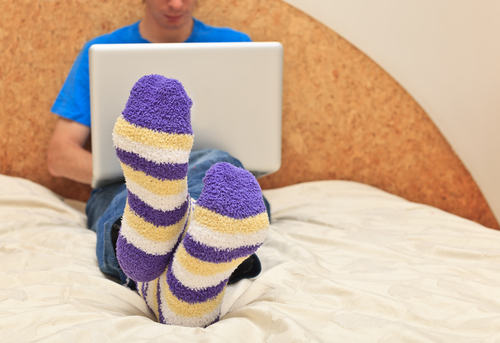 Aruba Networks has launched a report exploring a new breed of employees that it calls ‘#GenMobile’.

The report, which surveyed 5,000+ respondents worldwide, reveals characteristics of the newly dubbed #GenMobile, a group of employees defined by their preference for mobility both in terms of the devices they use and their approach to work.

According to Aruba, they have a tendency for non-traditional work hours, demand flexible work locations over higher salaries, and request reliable internet, asking for Wi-Fi versus 4G, 3G or wired connections.

The majority of #GenMobile are in the early stages of their career, owns three or more connected devices (62%), and feels most productive when working from home (57%), the report states. They are so attached to their mobile devices, it continues, that they are 15 times more likely to give up coffee and seven times more likely to say goodbye to their televisions than their beloved smartphones.

The report reveals that, rather than acting as an aide to the workday, #GenMobile are shaping their working lives around their mobile devices. With the ability to work effectively any time, any place and on any device, they expect employers to make the policy and structural changes necessary to enable their preferred form of working.

Nearly 58% respondents of the survey said they prefer Wi-Fi at the expense of other connections (4G, 3G or wired), while 51% declared that their mobile devices help them to manage their lives.

Over half (53%) said they’d prefer to work from home two to three days a week than receive a 10% higher salary. Respondents in the UK were above average in this regard, with 72% stating that the home office is where they can be most productive.

>See also: You can’t ignore BYOD and hope it will go away

Only four in ten (45%) believed they work most efficiently before 9am or after 6pm, and nearly a third (32%) would rather have their employer pay for the smartphone of their choice than a 5% higher salary.

38% said they’d rather be able to bring their own device to work than have an office with a window, and 53% would prefer their company paid for their choice of device than provided them with lunch.

The average respondent spent 21 hours per week on their mobile devices doing errands like banking, or viewing movies for entertainment, and 37% expected their number of remote work hours to increase in the next 12 months.

How to spot #GenMobile

The typical #GenMobile abides by the ‘anywhere, anytime’ principles of flexible working, where office hours are no longer constrained to the traditional workday, Aruba said.

The mobile infrastructure company said it believes that understanding and catering to #GenMobile’s needs can be the key to a productive workforce, while also ensuring global companies are in a competitive position. For example #GenMobile are more likely than other groups to access mobile apps such as Facebook (17%) and Twitter (14%). But they are also 20% more likely to access and respond to work emails on their mobile device. For #GenMobile, mobile is second nature to both a work and personal life, the company said.

However, there remains space for human interaction in the life of a #GenMobile. Nearly two thirds (63%) indicated that they still value the time when they can disconnect their devices, suggesting that companies must be able to provide effective downtime when it is needed.

“We’ve seen flexible working, BYOD and always-on connectivity growing for some time, but this report shows that it’s now become a way of life for those in the modern workforce,” said Ben Gibson, chief marketing officer at Aruba Networks.

“What this report suggests is that #GenMobile won’t have patience with companies who do not accommodate their mobile lives. In order to attract and keep the best employees, businesses need to start looking for solutions to ensure levels of empowerment and productivity in this emerging working world. Ultimately, many will have to totally redefine traditional work environments.”

Alongside the demand for increased mobility, the report calls for companies to take heed of #GenMobile associated technology requirements. For example, while the majority (70%) of the typical #GenMobile demanded Wi-Fi or mobile broadband connectivity (12% more than average), operator-run technologies such as 3G and 4G were only preferred by 7% and 5% respectively.

“Making the necessary workplace changes needs to be supplemented with solid technology choices,” Gibson added. “Employers will only succeed in motivating #GenMobile workers if they have the security and connections available to facilitate this shift.”