Digital transformation: ghost of tech’s past 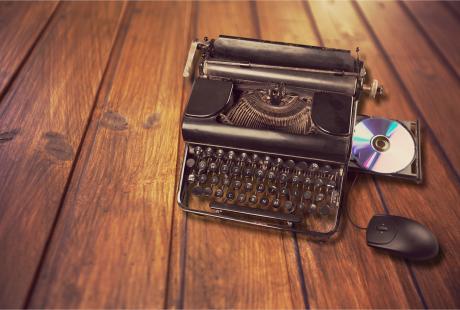 Almost every day, a new app or technology is released that changes the way we’ll look at the world.

Soon, pen pals and dictionaries will be long forgotten and replaced with online searches and social media platforms.

In a new study, watchshop.com quizzed 2,000 Brits about things they would like to bring back from the past, and things that are still around from the days of no internet and rotary phones.

We thought the days of an actual LP were over, but according to 19.5% of respondents, they still love the sound of the needle touching down on the record. Men are more likely to own one, with over 24%, compared to just 16% of women.

This one isn’t necessarily solely a technology, but it’s also a home décor that over a quarter of millennials still own.

>See also: How 100-year-old companies are rebuilding for digital

Women seem to be keen on the calming effects of the lava floating around, as 13.6% of women respondents have one, compared to 11% of males.

Gameboys have come back into view with the release of Pokemon Go, with more people bringing out their games from when they were kids.

Over 12% of respondents still have a Gameboy, with nearly 27% of 18-24 year olds saying they still have their Gameboys lying about the house.

Men and women are fairly equal in terms of owning a Gameboy, with 12% for both.

The Sega Megadrive gaming console, though not widely owned, is still out there.

>See also: Kids as young as 5-years-old at risk on the internet

Sega is responsible for creating Sonic the Hedgehog, their way of competing with Nintendo’s Mario characters, back in the 80s.

It came out not long before the Gameboy, and therefore, 25-34 year olds had the most ownership.

Blast from technology’s past

The British public were also quite adamant they wanted a renaissance of some former technologies in the marketplace.

Gaining popularity in the late 70s, the Walkman allowed you to take your cassette tapes on the go and then later allowed you to do the same with CDs.

Even though we now have MP3 players or use our phones, over 7% want to have these back.

11.5% of respondents between 25 and 34 want the Walkman back, the most from the results.

This handheld digital pet, which gained popularity in the late 90s, was one of the biggest toys from that decade.

With the dawn of the IoT era, it might be worthwhile digging out old technologies that provide a more personal experience of a simpler time.