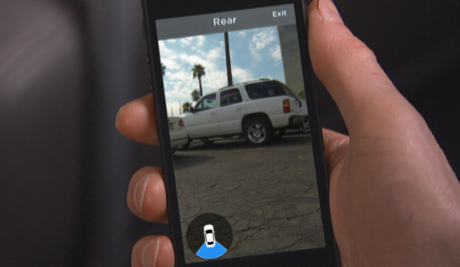 General Motors has announced that it will embed 4G mobile networking capability into certain models of its cars.

GM has offered in-car information and entertainment services over the mobile phone network since 1996. To date, however, that OnStar service has piggyback on the driver's mobile phone contract.

"The built-in 4G LTE structure is specifically designed for in-vehicle use as it is integrated into the vehicle’s electrical system and includes an external antenna to maximise coverage and connectivity," GM said in a statement. "Customers will not be required to have a smartphone to use connected services."

It says the increased capabilities of 4G networking will allow "a wide range of in-vehicle communications and entertainment capabilities" … including "in-vehicle Wi-Fi hot spots, new infotainment options like streaming video entertainment in the back seat, real-time updates and faster application downloads".

“The vehicle will also act as its own mobile device, enabling embedded vehicle capabilities,” said Mary Chan, president of GM's global connect consumer unit. “Turning this vision into a reality starts with enabling fast, reliable and responsive connectivity within the vehicle."

In January, GM published the application programming interfaces (APIs) for the OnStar platform. This allows developers to use telemetry data from the car in smartphone apps.

GM is by no means the only car manufacturer embedding a platform for digital communications in its cars. Last year, French carmaker Renault unveiled what it calls the 'R store', an app store for in car apps.

GM's increasing reliance on software and digital innovation can be seen as one reason for move towards greater in-house delivery of IT services.

A flagship customer for HP Enterprise Services (formerly EDS), last year the company announced a plan to increase the proportion of IT work that is done in-house from 10% to 90%.

“We want IT to keep up with the imagination of our GM business partners, and to do that, we plan to rebalance the employment model over the next three years so that the majority of our IT work is done by GM employees focused on extending new capabilities that further enable our business,” said CIO Randy Mott at the time.

Mott is the former CIO of HP.