The golden rules of hybrid cloud 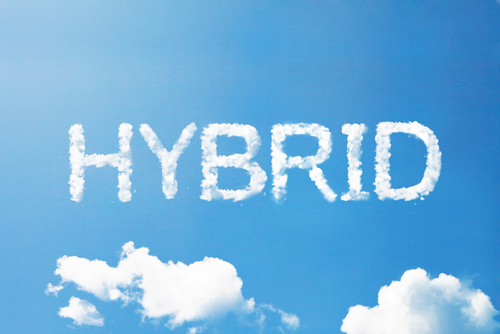 Hybrid seems to have been on the annual predictions lists of industry watchers for at least the last three or four years. Its functionality, architectural flexibility and superior security benefits when supporting workloads, data and applications have been championed as a way of transforming the enterprise IT environment and making the most of public and private clouds. Which, of course, begs the question: why we are still writing about it in 2015?

Well, while we’ve seen some fantastic examples of businesses running critical workloads in a hybrid environment, many of those trying out hybrid for the first time have focused on test and dev or disaster recovery. These are incredibly important use cases, but they’ve been siloed deployments grounded in the realisation that hybrid has meant simply running public and private clouds together.

Yet this isn’t what hybrid is about at all. True hybrid has the power to completely transform the IT landscape over the next couple of years, enabling businesses to seamlessly scale the consumption rather than construction of IT as they grow. So what’s gone wrong? How can organisations best harness the potential of true hybrid?

There’s little doubt that the demands on IT are hotting up. Employees and the organisations they work for are more mobile, connected, interactive, immediate and fluid than ever before. The C-suite is making tough demands on IT – whether that’s enabling new product or service lines, evolving and automating the supply chain to drive efficiency, enabling modern working practices or transforming the customer service or go-to-market model for the business. IT is struggling to keep pace.

Ultimately, it needs to find a solution that makes the underlying IT infrastructure as agile and responsive as possible – as was the promise of hybrid. Yet many current so-called hybrid environments do not deliver on that promise, as they are actually just combinations of public and private clouds, with little or no compatibility between them. Applications need rewriting or plug-ins to move between the different clouds, and totally different tools (and often skills) are required to run them. The result is useful testing environments, but limited real business impact.

True hybrid, however, creates an environment where workloads can be shifted about at will, totally seamlessly, using exactly the same tools IT teams are already familiar with. Critical applications can deliver the performance they need, while resources can be allocated and provisioned where required.

This makes IT more responsive to businesses' requests through the ability to instantly provision new infrastructure to cope with new projects and set up virtual servers to handle a new system across departments such as HR and marketing. And, of course, scale back just as easily when needed, given one of the key reasons hybrid hasn’t yet gained enough traction is the difficult – often impossibility – of taking workloads back out of the public cloud.

One of the most important concerns around any changes in IT environment is security; senior management have to have 100% faith in the ability to securely scale in line with business demand. A true hybrid deployment can leverage existing IT policies to meet security, compliance and control requirements. In doing so, it can address the concerns organisations have when it comes to meeting data sovereignty and compliance – concerns which were ratcheted up post-NSA and continue to sit high on CxOs’ agendas.

So who’s getting it right? One example is Carisbrooke Shipping, a privately owned shipping organisation based in the Isle of Wight. Although it had successfully virtualised parts of its infrastructure, the company still had some physical hardware across three of its five offices in the UK, Germany and Holland. It wanted one dedicated team running and managing the entire estate from one central location in the UK while reducing the intrinsic cost involved in terms of running physical hardware.

Since the roll out, Carisbrooke now has the unified IT estate it was looking for. The team in the UK manage everything across its international offices, through one VPN connection. Provisioning new infrastructure has become a much simpler process – if it needs to spin up any additional IT resource, it can do this immediately, at the push of a button, rather than needing to purchase, and then get the licensing for, physical servers, which could take a couple of days. This is a massive benefit for helping Carisbrooke to grow, as it was coming close to reaching the limit of the new resources it could provision on a physical basis.

Similarly, for SAP integrator Bluefin, a crucial part of its business is testing and developing new SAP applications. Until recently, it has been doing this in Amazon Web Services (AWS). Building them here was not a problem, but once it had completed the test and development stage, there was no way of moving the SAP systems back on-premises. Instead, the team had to entirely rebuild them, replicating days, weeks, or even months of work. With hybrid cloud, Bluefin can now develop those solutions in the public cloud and then simply click on one button to replicate into the private cloud where most of its customers’ business critical applications sit.

As IT departments continue to face pressures from all quarters to deliver a better, cheaper, faster, more secure, more agile and – of course – fully compliant, service, hybrid really will really come into its own in 2015, ready to establish itself as the de facto IT infrastructure of the decade and beyond. With Gartner reporting that nearly half of large enterprises will deploy a hybrid cloud by 2017, it’s a movement that can’t be ignored.

>See also: How to build the best hybrid cloud for your business

So, what should businesses looking to explore hybrid cloud in 2015 consider? Here are four key elements.

Business can no longer wait for IT to catch up. Newer, more agile competition is eating the lunches of larger enterprises if they cannot react to market changes or new opportunities quickly enough. This means IT has to be able to set up and take down, test and deploy applications without building any new infrastructure

A growing business may need support for thousands of applications and operating systems, so it’s vital to have a solution in place which is compatible with your on-premises data centre, including infrastructure and disaster recovery functionality

Extending into the cloud shouldn’t be a one-way street into unfamiliar territory. You can easily position workloads on either the public or private cloud and leverage existing IT policies, relying on the same source of support as your onsite data center. Look for transparency around planning and budgeting as well, paying a set rate based around capacity and only for what you use

Issues around compliance are impacting more on organisations, so it’s imperative businesses can ensure their data resides in a location of their choosing, fully compliant with local sovereignty laws. By knowing where their data is at all times, IT can spend more time working on helping the business – offering a scalable and flexible infrastructure that answers the call to fulfil the demands business leaders place upon it