Govt IT leaders must move beyond cost cutting  NAO 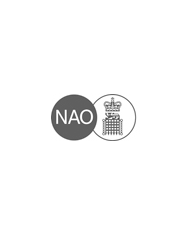 The UK's government strategy to cut IT spending has been successful, the National Audit Office has found.

Now, though, government IT leaders must "lead the debate" away from efficiency and optimisation towards the transformational potential of digital technology, it said.

The UK government spent £6.9 billion on information and communications technology in the 2011-2012 tax year, the NAO found. According to the Cabinet Office, this is £354 million less than it otherwise might have been, although the NAO could only verify £316 million of these savings.

CIOs are 'stuck in a rut' – Gartner

These savings exceed the targets set in 2011, and were achieved in three ways: spending control (£145 million, according to the Cabinet Office's figures), shared IT services (£64 million) and centralised procurement (£144 million).

This achievement reflects the fact that – like many organisations – the government has focused its IT strategy on cost cutting since the credit crunch. Indeed, as the NAO noted in December 2011, the only measurable benefit in that year's IT strategy was cost reduction.

Now, IT leaders within government within most shift their strategic focus to the positive contribution of IT, the NAO said. It said that the government's digital strategy, unveiled in November last year, is a good starting point for this.

"The Cabinet Office should use the new digital strategy and the civil service reform plan to develop how it and departments evaluate and report the impact of ICT initiatives beyond just [cost] savings," the NAO said in its report.

Specifically, it called on departmental CIOs to show "strong leadership in civil service reform beyond the ICT profession".

"Having now established a track record in making savings, the CIO Delivery Board members have to lead the debate away from the specifics of convergence, hosting services in the cloud, security accreditation and virtualisation, to drive a convincing and informed debate about ICT-led reform across the civil service," it found.

The NAO's recommendation comes at a time when the government seems to be shifting power away from CIOs towards 'digital leaders'.

In December last year, Liam Maxwell was appointed as the government's first ever chief technology officer. In that role, Maxwell will not report to government CIO Andy Nelson but to Mike Bracken, director of the Government Digital Service.

This is indicative of a wider malaise in IT leadership – traditional CIOs have become associated with efficiency and cost reduction ('tending the garden', as Gartner recently described it), while a new digital leadership role, focused on growth, customer engagement and innovation, has emerged.