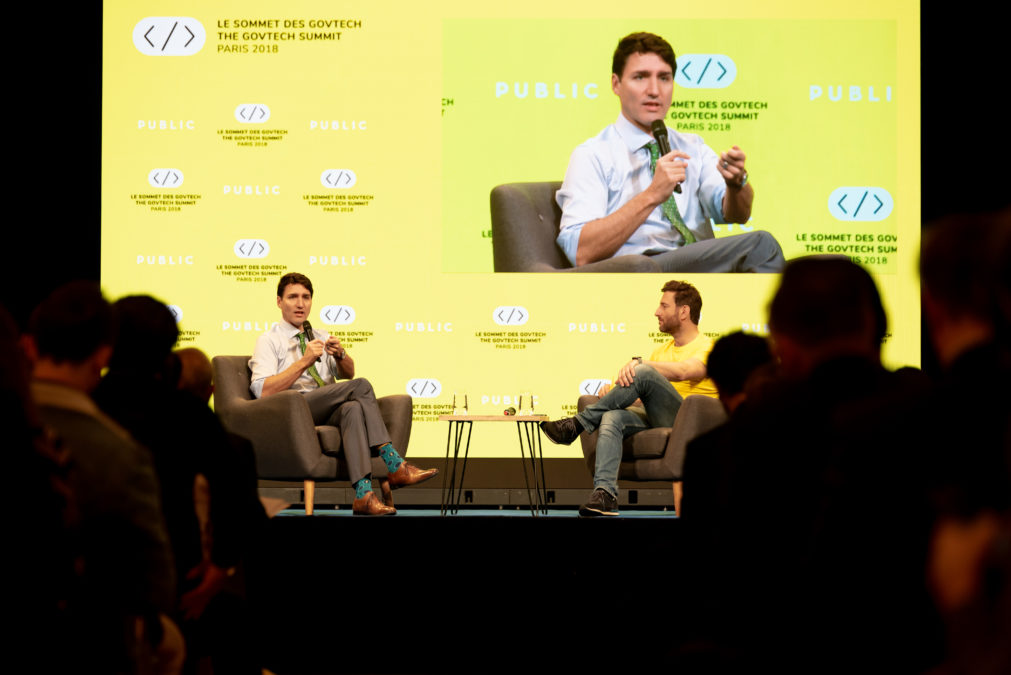 Speaking alongside Canadian Prime Minister Justin Trudeau and French President Emmanuel Macron, the chairman of the first global GovTech Summit in Paris — Daniel Korski CBE — will announce the $400 billion GovTech industry will increase 15% a year over the next six years.

“If you look at the exponential growth we’ve seen in other sectors, and consider the growing demands of ageing populations and increasing demands of citizens, it’s not so crazy to imagine GovTech becoming the next trillion dollar sector very soon,” he will say.

The calculation comes on the back of venture company PUBLIC’s GovTech UK Market report, last year, which has identified a GovTech growth rate of 20% per year in the UK alone. The UK is currently leading the world in GovTech.

The inaugural GovTech Summit opens in Paris, where political leaders, entrepreneurs and investors will gather to explore how startups and new technology can improve public services and democratic practices.

The UK’s technology sector has the ‘full backing of the Government’ according to the Prime Minister as Brexit uncertainty looms. Read here

President of France Emmanuel Macron said: “There has never been a better time to make public services more affordable and accessible, using new technology solutions. The GovTech Summit is a unique chance for public officials, intellectuals, tech innovators and investors to meet, share and discuss the future of government and democracy. I look forward to welcoming everyone to Paris.”

Also speaking at the event European Commissioner for Digital Economy and Society Mariya Gabriel admitted many were worried about AI and privacy issues.

“Our citizens are concerned about AI,” she said. “AI doesn’t know any borders. Our approach is on values. We need to talk about privacy protection.”

Organised by PUBLIC, and supported by the President of France Emmanuel Macron, the Mayor of Paris Anne Hidalgo, and the European Commission, the one-day summit hosts a series of panels focusing on topics from artificial intelligence in government to the future of healthcare. The Summit will also showcase the latest tech innovation available to the public sector in the largest ever European GovTech startup pitch event — #PitchGovTech