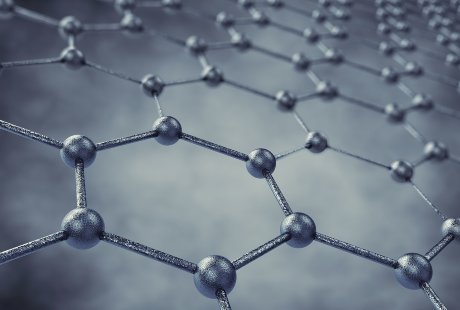 There are high hopes for graphene, the wonder material made of a lattice of carbon atoms. Since it was first isolated nine years ago, over 7,000 graphene-related patents have been filed by organisations seeking to exploit its remarkable properties.

At least 200 times the strength of steel, graphene is the strongest known material, and also the thinnest. It holds the record for thermal conductivity and elasticity and is the lightest material ever measured at only 0.77mg per square metre.

It is impenetrable, pliable and transparent, giving it potential applications for super-thin, unbreakable flexible screens and rollable e-paper.

But perhaps the most exciting of graphene’s properties is its electrical conductivity – a thousand times greater than that of copper.

This could revolutionise the electronics. In a recent paper entitled “A roadmap for grapheme”, Professor Konstantin Novoselov – one of the material’s original discoverers – predicted that it could replace silicon as a semi-conductor by about 2030. Lower quality graphene, which could be used to create flexible electronic paper, may emerge in the next three years, Novoselov wrote.

And now, scientists are examining its utility as a telecommunications medium. Research by the Centre for Graphene Science – a collaboration between the University of Exeter and the University of Bath – recently demonstrated how graphe’s optical qualities could be exploited to accelerate network speeds.

“The interesting thing about graphene is that it is material which allows you to absorb light across the electro-magnetic spectrum from ultra violet to visible to infrared,” explains Dr Enrico Da Como, lead researcher from the University of Bath. “This is really unique and gave us the idea of looking at the optical properties.”

By generating very fast pulses of light lasting for less than a hundred femtoseconds –just a millionth of a second– the team measured graphene’s response to light, particularly focusing on the infrared part of the spectrum. Infrared is the frequency most commonly used in fibre optic broadband because it is the frequency into which information is most easily coded and carried.

The team found that the graphene responded at a rate of around a hundred femtoseconds, or trillionths of a second. This is nearly a hundred times faster than current materials used in fibre optics.

This means graphene could be used to make optical switches – the components that process photons through optical fibre networks, converting electrical signals into a series of light pulses.

This may not only unlock new speeds of performance, but also cut the cost of optical switches, as graphene is relatively cheap to produce (although mass production is a technical challenge still being worked on).

The research is still in its early stages, but Dr Da Como is confident that graphene-based networking equipment is not far off.

“It will take some years and there is engineering development to be done, but I think it will be in about four or five years. We are working on the first prototypes now.”