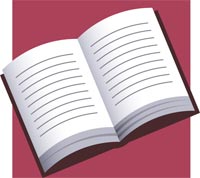 Written by two of Forrester Research’s top analysts, Groundswell is arguably the most comprehensive and illuminating guide on how the world of commerce and interaction are being subtly changed by social technologies – with or without the involvement of the organisations they impact.

It is remarkable in that, unlike almost every business technology book published in recent years, it backs up the theory up with lots of substance: it analyses the phenomena, offers the reader guidance on how to engage with the momentous changes underway and, most exceptionally, it is teaming with contemporary, first-hand examples of companies executing daring, cutting-edge strategies.

George Wright, marketing director for Blendtec, noticed sawdust all over the floor of the top-of-the-range blender makers’ product development lab. Technicians had been grinding up two-inch square pieces of wood as a way of testing the power of the company’s heavy-duty benders. Incredible, thought Wright, people have got to see this. And with that he conceived of the idea of putting ‘extreme blending’ videos on the company’s website but, more importantly, on YouTube. Within months, tens of millions of people were watching Will it Blend to see the company’s CEO, Tom Dickson, grind up: an iPhone (5.2m views), a handful of golf balls (4.0m), a crowbar (2.3m) and scores of other items – and sometimes even some fruit. The cost to the company: $50 a video. The benefit: sales of Blendtec blenders are up 20% since the start of the series.

Long before its 2006 release, New Line Cinema lost control of Snakes on a Plane to the groundswell. As word spread of the project, related sites and blogs started to open up online. As excitement flared, fans insisted that the movie included this line from Samuel L Jackson: “I have had it with these mother-[expletive] snakes on this mother-[expletive] plane.” Knowing it had to court these hardcore fans to succeed, New Line (true to its name) changed the movie, added the line and, in the process, lost the film’s PG-13 rating.

Proctor & Gamble’s Bob Arnold has the job of marketing tampons to teenage girls. He was well aware that pre- and early-teen girls are utterly resistant to messages about the product category, and he also knew that their parents were unlikely to appreciate direct messages sent to their daughters via spam or TV advertising. Arnold and his team conceived of a new approach – offering to address some of the anxieties common to that 12-15 year old group instead of marketing to them. Enter beinggirl.com – not a website about tampons per se, but one about everything ‘growing-up’ girls need to deal with: beauty, body changes, music, sex and relationships. Of course, alongside all the user-generated content, is plenty of P&G-generated content (including, the Ask Iris agony aunt favourite: Will a shark attack me if I swim in the ocean during my period?) that occasionally talks about, yes, tampons, and includes subtle plugs for P&G products. According to P&G’s internal calculations, beinggirl.com is four times as effective as advertising in reaching its target consumers. Forrester provides the hard numbers to prove it.

These are just a taster: There are further examples from Ernst & Young, Lego, Adidas, HP, Crédit Mutuel, Unilever, Best Buy and others.

Forrester naturally expects cynicism – especially as the groundswell is utterly foreign to the incumbents of most markets. But often such companies fail to realise that “it has [already] created a permanent, long-lasting shift in the way the world works [and has established] a completely different way for people to relate to companies and each other.” The book provides a framework for the reader to understand what that might means to their organisation, and what aspects they should be embracing.

For instance, amateur reviewers and discussion groups, outside the influence of the company marketing department or its PR teams, are setting public opinion on delicately nurtured brands and expensively positioned products. On the flip side, companies are using such direct market feedback to monitor customer service, respond to product development suggestions, and to understand new demand levels.

As the Forrester analysts conclude: “While you can’t stop it, you can understand it. You can not only live with it; you can thrive in it.” And this book is probably the best starting point for delivering on that promise.