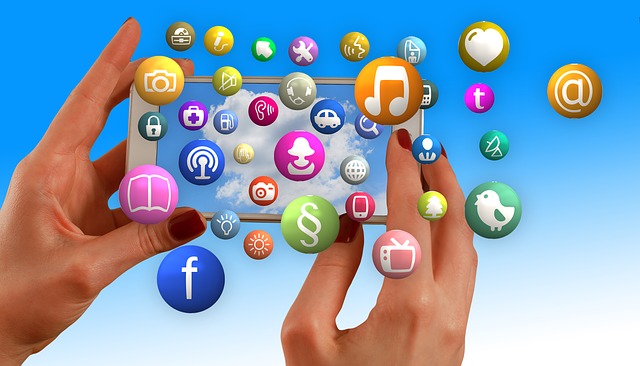 Ask any organisation what its core email platform is and the response will be predictable. The majority will say Microsoft Exchange, and a significant minority will cite Lotus Notes. Between them, Microsoft and IBM have dominated the market for several years.

But while email has undoubtedly risen to become the de facto method of business communication, an increasing number of organisations are looking to embrace new, more sophisticated technologies to help staff work and communicate more effectively. And that has got the email giants more than a little worried.

In fact, analyst group Ovum predicts that as a portion of the overall collaboration software market, advanced collaboration services will account for 36% of revenues by 2006, compared with 21% in 2002, while email revenues will be flat to declining. The kind of capabilities organisations will increasingly look for, according to Ovum, include web conferencing, instant messaging, the ability to share and collaborate on documents in real-time, scheduling and workflow – as well as tools to manage how these functions interoperate.

Figures like these have sparked off a frenzy of acquisition activity among the groupware and office productivity suppliers. Most recently, in January 2003, Microsoft announced it intended to acquire a web conferencing company called Placeware. The company has also created a new business division under the banner of Productivity and Business Services.

“The battle for [email systems on] the desktop was won a long time ago,” explains Bruno Giversen, European vice president of Placeware. “Edging people into real-time collaboration on top of that platform is how Microsoft sees the market moving forward.”

IBM, for its part, has been developing collaborative functions around Notes for some time, and in turn has been tying Notes more closely into its overall infrastructure strategy, offering close integration with its WebSphere application server and DB2 database. Its SameTime product, which allows users to work on documents simultaneously, and its QuickPlace product, which creates shared virtual workspaces, are the fastest growing products within the Lotus product division. According to IDC, IBM dominates the ‘integrated collaboration environment’ market with a market share of almost 50%.

But not every organisation wants to invest in collaboration tools that are so tightly integrated with their messaging systems. A lot of larger enterprises, for example, tend to invest in collaboration tools on a department-by-department basis or for specific projects. Decisions about upgrading or adding to core email systems, however, tend to be made centrally, by an IT director.

For this reason, a number of ‘point’ tools suppliers, such as eRoom and Placeware, have seen increasing demand for their products. And, as a result of that, both companies have been acquired in the last three months – Placeware by Microsoft and eRoom but document management specialist Documentum.

“The collaboration market is characterised by a unique combination of the mature, almost saturated market for core messaging services, and a vibrant, young, innovative market for collaboration services,” explains Ovum analyst Eric Woods. “Organisations will carry on experimenting with these ‘bits and pieces’ for the next 18 months but will then begin to look to manage them – and this will come as the larger suppliers sell more tactically. We can certainly expect more consolidation in that time.”

Document and content management software suppliers, such as Documentum and OpenText, consider themselves well-placed to tap into this market. They argue that, in order to support collaborative working, organisations must have systems in place to manage and distribute content, as well as to maintain version control – something that systems such as Microsoft Exchange cannot do. “When you’re exchanging email messages, you’re not doing work; you’re just exchanging messages. Both need to play together,” says Mike Kan, who joined Documentum from eRoom when it acquired the company in late 2002.

Increasing demand for collaboration tools has also attracted a number of entrants to the market that might not have been associated with collaboration in the past. Two of the most notable of those are enterprise resource planning software suppliers SAP and Oracle, who argue that since their applications are central to automating companies’ business processes, they are well placed to introduce collaboration on top of these applications.

Like IBM, Oracle claims that it can offer a more integrated and scalable platform for collaboration by basing email, portal and calendaring functions, amongst others, on its 9i application server infrastructure software. Using its own collaboration suite, the company claims to have saved $22.3 million in its first year, consolidating its email servers from 97 to just three servers in a cluster. Furthermore, Oracle’s Collaboration Suite is one-third of the price of Microsoft Exchange.

As Oracle’s aggressive marketing message demonstrates, one thing all these suppliers have in common is their interest in luring customers away from Microsoft. According to Dave Ferris, CEO of groupware analyst Ferris Research, Microsoft accounts for around two-thirds of messaging systems in large enterprises, but this situation is beginning to change.

Microsoft’s ‘forced upgrade’ strategy, not to mention its pricing model, is encouraging more organisations than ever to defect from the platform. In order to upgrade to Microsoft’s upcoming email server product Exchange 2003, for example, customers must also upgrade their directory product and in some cases their server operating system. “One of Microsoft’s main weaknesses is its architecture,” explains Ferris. “Every time there’s an upgrade customers have to migrate to a significantly different architecture.”

In addition, Microsoft’s reputation for security is worse than any other software vendor. According to anti-virus scanning company MessageLabs – every one of the top five email viruses exploits weaknesses in Microsoft Outlook. As a result, Microsoft is increasingly being ousted in key accounts in favour of other cheaper and more scalable platforms.

Lotus, for example, has now replaced Microsoft at car giant DaimlerChrysler and financial services company BNP Paribas after mergers at those companies. Both Oracle and Novell also boast a significant number of defections to their products. “Microsoft may have captured the minds of the distributors. It’s distributed with every PC,” says Lotus General Manager Ambuj Goyal. “Yet we are now replacing Exchange in many accounts. Why? Because Exchange is just an email system, and users want collaboration.”

If this is the case, Microsoft needs to react quickly. Despite its acquisition of Placeware and the formation of a new business unit to deal with collaboration products, its early expansion moves have yet to bear fruit. According to Mike Gotta, an analyst at Meta Group, Microsoft will not be able to offer all of the three most popular collaboration tools – web conferencing, instant messaging and ‘teamware’ (where multiple users can work virtually on the same document) until the third quarter of 2003.

Email may now be mission-critical at many organisations, but that does not mean Microsoft and IBM will dominate an emerging market that focuses more heavily on real-time collaboration than a straight exchange of messages.

“IBM and Microsoft are a law unto themselves,” concludes Woods of Ovum. “Their dominance of the core messaging market gives them a strong basis for being the default vendors of new forms of collaboration, but their victory in the emerging markets is not assured.”