A guide to working in the Lisbon tech scene 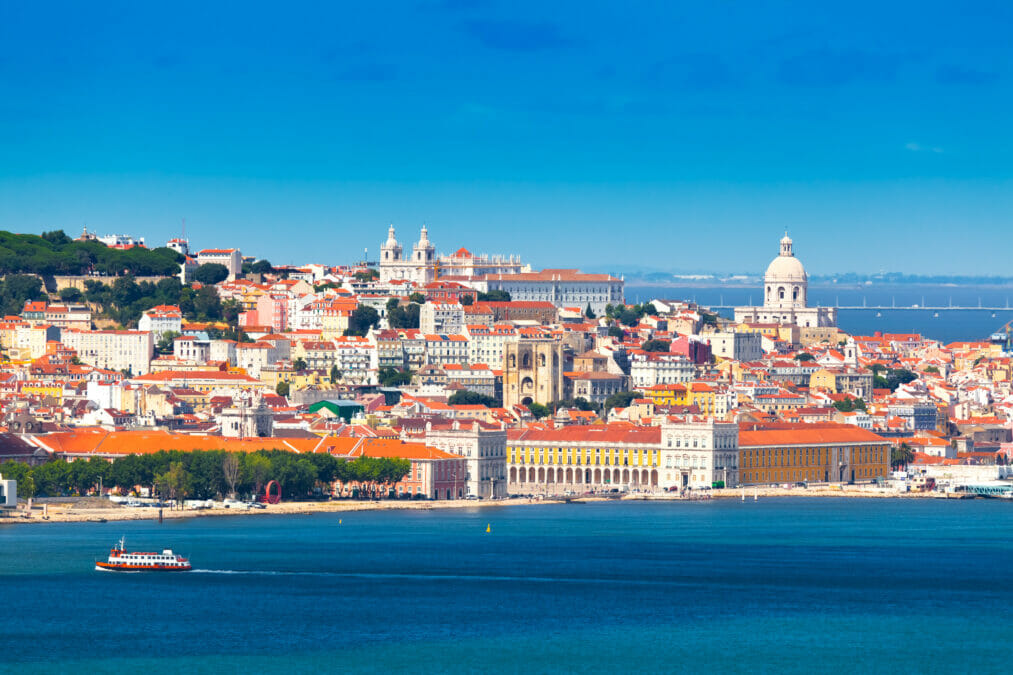 Lisbon is often called the California of Europe. After all, these two areas have a lot of things in common, from their thriving food scenes, to their west coast locations and bustling nightlife, to epic surfing. While Lisbon doesn’t have the same tech credentials as Silicon Valley just yet, it’s not far behind.

The city’s tech industry is still at an ‘early stage’, but it is growing rapidly. In fact, investment in the startup scene in Lisbon has grown by 30% every year since 2016, twice the average of the rest of Europe, and it’s not hard to see why.

Lisbon’s central location, high rates of STEM graduates, and non-native English proficiency mean that it’s one of the most desirable locations for tech startups in the world. Plus, the city’s wonderful social scene and great living conditions mean that workers are moving there in their droves. Here’s everything you need to know about the Lisbon tech scene.

Portugal has a rich biotech ecosystem, despite sometimes being overlooked by other countries in Europe. In recent years, the biotech industry has boomed in Lisbon, with some big success stories making waves around the world.

Portugal’s biotech industry is particularly strong in the area of medical biotech, industrial biotechnology, and pharmaceuticals. One company to watch out for is Biopremier. This Lisbon-based startup develops and sells DNA test kits for a wide range of applications in the agricultural and food industry.

Lisbon has been home to many promising Artificial Intelligence startups and research projects over the past few years. As a result, it has naturally become a hub for AI specialists. The city has some of the leading tech universities in Europe, as well as a top machine learning school.

One of Lisbon’s main AI companies, ABtrace, applies machine learning to electronic health records to automate the management of long-term diseases. The startup, which is currently being used by GPs in the UK, was co-founded by Dr Umar Naeem Ahmad in 2018 with Helder Soares, Cristina Correia, and Kerim Suruliz.

Data science is an emerging sector around the world and Lisbon is no different. The city is home to multiple boot camps, meet-ups, conferences, and events all specially tailored to data scientists and the important work that they do.

One Lisbon success story is YData. Back in 2019, the company’s founders Gonçalo Ribeiro and Fabiana Clemente noticed that the majority of AI projects failed because of a lack of good-quality data. Their startup offers tools to discover new data sources, synthesise data, and improve its quality. 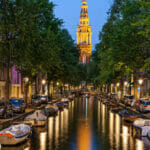 A guide to working in the Amsterdam tech scene

In continuation of our series exploring tech hubs around the world, we provide a guide to working in the Amsterdam tech scene. Read here

Lisbon’s networking culture is second to none. The city hosts regular tech conferences and networking events. The most famous is probably Web Summit, which has been taking over the Portuguese capital every November for the last 10 years.

Earlier this year, the mammoth tech event returned after a two-year pandemic-enforced hiatus. Over 42,000 tech professionals descended on the capital to share ideas, network with top companies, and find out what to expect from the post-COVID tech scene.

Did you know that Lisbon is home to the world’s largest digital nomad community? Regular meet-ups and co-working spaces are popping up all over the city in order to accommodate the influx of freelancers and startup companies.

Co-working has become increasingly popular since the pandemic as workers crave a sense of community while also continuing to work remotely. The city has hundreds of coworking spaces with affordable options that suit everyone like fixed desks, flexible hot desks, meeting rooms and fast internet speeds.

We can’t talk about the Lisbon tech scene without mentioning the Beato Creative hub. Based on the banks of the Tagus River, this ex-army factory is now a thriving tech hub. Covering an area of 100,000 square metres it is the largest campus dedicated to startups in the world.

The building is managed by Startup Lisboa, but some global giants such as Mercedes-Benz and Factory Berlin have already joined in on the action too. It’s only a matter of time before more unicorns emerge from this hub, so watch this space.