A guide to working in the New York tech scene 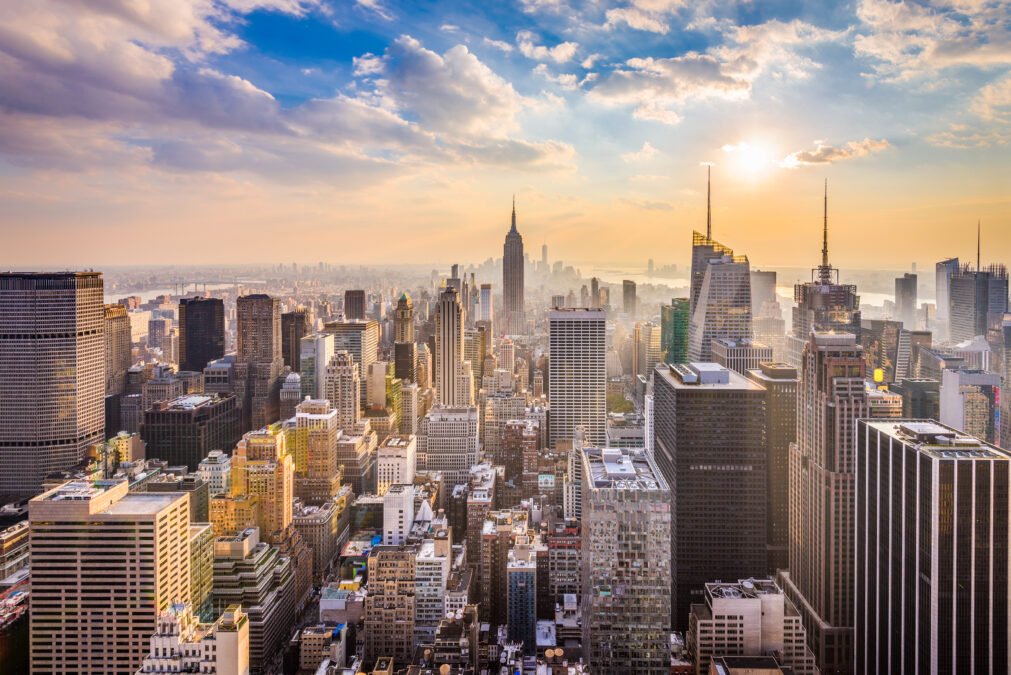 Continuing with our series exploring innovative tech hubs around the world, we take a look at what the New York tech scene brings to the global tech table

Are you ready to take a bite out of the Big Apple?

New York is, and always will be, one of the most exciting and vibrant cities in the world. Of course, it’s known for its epic sports teams, amazing theatre, wonderful art galleries, and delicious grub. But, New York’s biggest claim to fame in 2022 is probably its impressive tech ecosystem.

Historically, New York’s main industries have been finance, manufacturing, hospitality, and health. But in the last 20 or so years, NYC has become a tech haven in its own right.

In fact, according to the Savills Tech Cities Index, New York is now America’s top tech city. NYC surpassed San Francisco thanks, in large part, to the availability of venture capital, a deep talent pool, and the opportunities available for incoming tech talent to consider.

And it looks like this growth will not be slowing down anytime soon. The four companies known as Big Tech — Amazon, Apple, Facebook, and Google — now have more than 22,000 employees in the city. When you add in other big-name companies such as Squarespace, Etsy, Vimeo, and Taboola, it’s not surprising that more than half a million people work in core tech-related occupations in NYC, with hundreds of thousands more employed as digital knowledge workers.

Of course, New York has a bit of a reputation. The city is notorious for being “hard to crack”. In the wise words of ol’ blue eyes himself, Frank Sinatra, in his (Theme From) New York, New York, “If I can make it there, I’ll make it anywhere”.

But with a little bit of know-how, some research, and a whole load of confidence, you can hit the ground running and snag a brilliant tech job in no time. Here’s our guide to the top tech sectors that you should know about in the city that never sleeps.

According to The Global Financial Centres Index, New York is the world’s top financial capital, followed by London. The city is home to many of the world’s biggest banks, credit rating companies, hedge funds, and of course, the stock market.

When you couple this long-standing financial history with a diverse talent pool, supportive government, and a wealth of investment opportunities, it’s not really surprising that New York is one of the leading fintech capitals in the world.

Alongside long-standing fintech companies such as Visa, Northwestern Mutual, and Mastercard, in recent years NYC has seen a wave of exciting startups. Some top contenders to look out for include Addepar, Alloy, and OnDeck.

If you know how to connect with people and build trusted relationships then we might have the right job for you. Northwestern Mutual is currently searching for a Financial Advisor to join its team. The successful candidate will receive lots of great perks on top of their salary including comprehensive medical insurance, two pension plans, plus life and disability insurance. Get the full job spec here.

Basically any kind of technology that helps the education sector, edtech covers everything from in-classroom robots to interactive apps. This was a rapidly growing sector even before the Covid-19 pandemic, but since 2020, it has enjoyed explosive growth.

New York is right at the heart of this innovation. According to The EdTech Report, NYC has the highest number of edtech companies in the US. This city is also ranked first in funding for edtech.

So, why has NYC emerged as an edtech hub? Well, it’s probably due to the proximity of many world-class universities, combined with the largest public school system in the country. Top edtech companies that are thriving in this ecosystem include Amplify, Handshake, and Guild Education.

If you’d like to pivot into the sector, this Digital Strategist role at New York City Council will definitely have plenty of touchpoints that will be a brilliant boon to get you into the right place. If you have a Bachelor’s degree, strong interpersonal skills, and some graphic design experience, you can apply on the Information Age Job Board today.

NYC has not been shy about its ambitions in the cyber security arena. The city wants to be the number one cyber security city in the world. So far, things are looking pretty good.

Back in 2017, Mayor Bill de Blasio signed an executive order creating the New York City Cyber Command, a centralised organisation to lead New York’s cyber defence efforts. In 2018, NYC made a $100m public-private investment in Cyber NYC, an initiative that aimed to create 10,000 jobs in the field.

As a result of these initiatives (and many more), there is no shortage of cyber security firms or jobs in NYC. Among the more than 100 cyber security companies headquartered in New York, are Bayshore Networks, LIFARS, and Accenture.

Right now, the team at Accenture in New York is looking to hire an Oracle/Java Developer. To apply, you’ll need to have two years of experience, a high school diploma, and preferably experience working on UI maps. In return, you could receive a competitive salary and benefits programme. Find out more here.

Want to do great work in an exciting city? Discover lots of NYC jobs on the Information Age Job Board today.

A guide to working in the Phoenix tech scene — Exploring what the tech scene in Phoenix, Arizona has to offer.