A guide to working in the Seattle tech scene 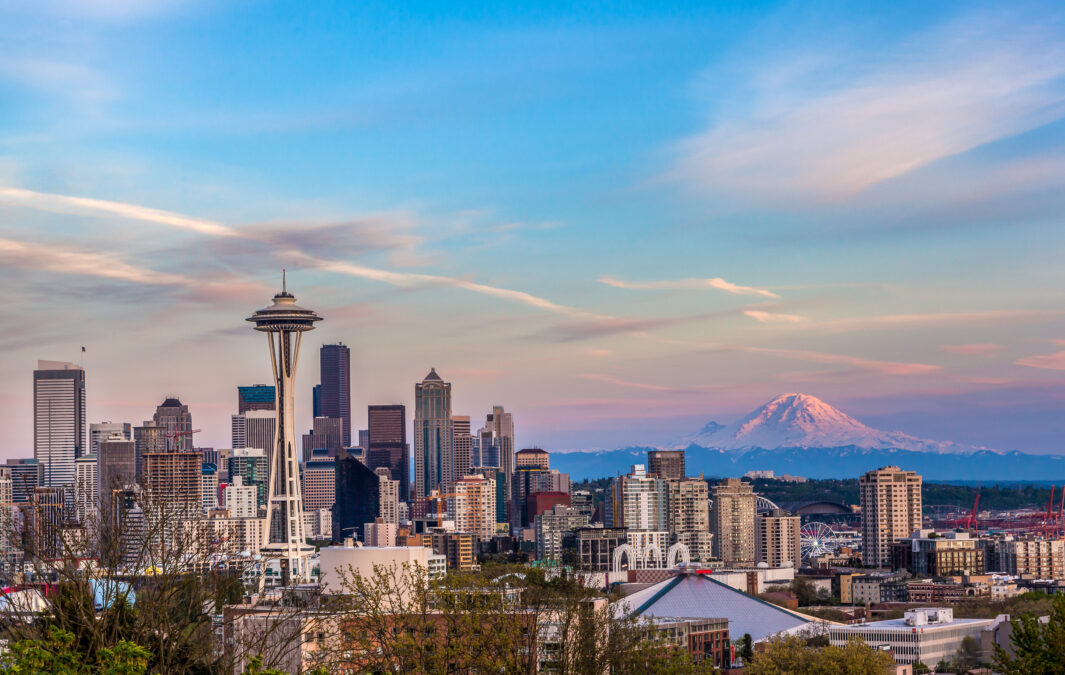 In continuation of our series exploring tech hubs around the world, we take a look what the tech scene in Seattle, Washington brings to the table

Seattle is consistently ranked among the 10 best places to live in the United States, and when you consider everything that this wonderful city has to offer, it’s not surprising.

Not only is Seattle surrounded by lush evergreen forests, but the city is famous for being environmentally friendly. Plus, its residents earn above-average salaries.

Seattle also consistently ranks as one of the most highly educated cities in the US with 56% of residents having at least a bachelor’s degree. All these factors have led to an increase in tech innovation over the last decade or so.

According to Washington State’s Department of Commerce, the area’s tech sector employment has grown by nearly 34% over the last 10 years. Tech workers also make up 10.7% of the state’s total workforce.

So, before you make any plans, here is your guide for the Seattle tech scene.

Healthtech is a growing sector around the world, and Seattle is no different. Spurred on by the COVID-19 pandemic, the Emerald City has seen a rise in the number of health and medical technology companies that are calling it home.

Most of these exciting and innovative companies can be found in South Lake Union, a trendy and inviting neighbourhood that is popular amongst young professionals and families thanks to the great restaurants, bars and schools. In this area, research and development in engineering and life sciences is nearly 14 times more concentrated than it is nationally.

For many years, Seattle has been an established leader in immunotherapy, with key players being Juno Therapeutics, Fred Hutchinson Cancer Research Center, and the globally ranked University of Washington. The university is currently hiring for a number of positions across the city. You can check out their available roles on Indeed today.

When you think of the bustling, fast-paced tech world, food doesn’t automatically spring to mind. However, technology has now become a part of every single aspect of our lives. Food businesses are using it to transform everything from where our food is grown, to how we interact at restaurants and cafés.

Seattle has one of the best food scenes in America. The city has everything you could want from freshly shucked oysters to amazing Vietnamese dishes, and epic Mexican street food to hearty French faire. As a result, it’s not surprising that the city is home to some pretty cool food tech startups such as Peach, Fooda, Allrecipes and Shelf Engine.

Shelf Engine is a tech platform used by grocers to manage food orders. It uses forecasting tools and order automation systems to analyse ordering history, sales data and other variables. So far, the company has got some pretty impressive investors such as Ellen DeGeneres, Shaun White, and Shawn Mendes. You can find out more about them on Indeed.

A guide to working in the Boston tech scene

In continuation of our series exploring tech hubs around the world, we take a look at what the tech scene in Boston, Massachusetts has to offer. Read here

In a nutshell, information technology is the use of computers to create, process, store, retrieve, and exchange all kinds of electronic data and information. This is a huge sector in Seattle — after all, Washington state is the birthplace of some pretty legendary companies such as Microsoft, Amazon, Zillow and Expedia, and home to prominent offices for industry giants such as Facebook, Google and Indeed.

Known as the number one job site, Indeed has over 10,000 employees spread across 27 offices in 14 countries. However, Seattle is home to the company’s largest engineering hub outside of its headquarters.

At the moment, they are looking to grow their team, not just in Seattle but across the US too. Working at Indeed comes with a whole host of perks and benefits including, dental and vision, life insurance, pet insurance, employee development, free snacks and plenty of office events. You can find out more here.

You might be surprised to hear that Seattle is an aerospace tech hub. After all, we usually think of places like Washington DC or Houston, Texas. But the city is definitely holding its own and attracting some pretty impressive companies.

The aerospace industry is an exciting field that basically covers satellites, airplanes, spacecraft, drones and defence technology. If you’re interested in a career that focuses on one of these elements, you’re in luck because the city is home to some big hitters such as Droneseed, TLG Aerospace, BlackSky Global and SpaceX.

Founded in 2002, SpaceX designs, manufactures and launches rockets and spacecrafts. The company made the news recently when billionaire space tourist Jared Isaacman announced that he has commissioned three more trips with SpaceX and plans to conduct a spacewalk on one of them. If you’d like to be a part of the excitement you can check out their open roles here.

It’s not just Seattle that is experiencing a post-pandemic boom. Check out amazing job opportunities across the US on Indeed.