Half of businesses are plagued by regular IT issues 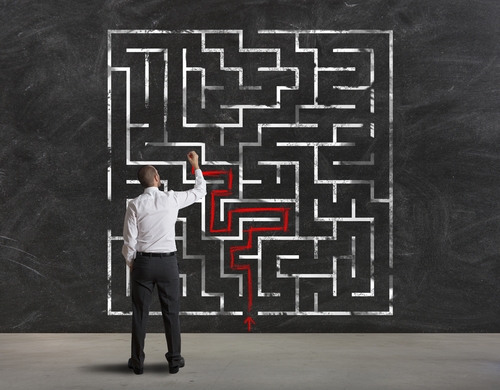 A recent survey among 250 UK CIOs and IT leaders has revealed that nearly half of respondents are plagued by regular IT performance and availability issues.

Managed services firm ControlCircle commissioned the ‘IT Growth and Transformation’ survey with Vanson Bourne to explore IT budget alignment and how CIOs are managing IT as well as innovation.

Overall, smaller organisations (employing between 251-500 employees) reported a higher level of service excellence across the board.

When questioned about IT environment complexity, opinions were split.

40% of respondents agreed that their current environments are more complex compared to five years ago, with hybrid IT cited as the most difficult and complex to manage by 55%.

Looking forward five years, approximately half believed their current IT environment would simplify; yet, 30% still believed complexity would increase. 52% of respondents stated that they do not have the ability to support the hybrid IT environment within a single IT governance framework.

This complexity is exacerbated by the proliferation of monitoring tools. Respondents revealed that on average, IT departments are using at least thirteen monitoring tools to manage discrete applications in their IT estate. The number of tools was reported as high as 17 in large organisations.

The cloud is seen as a current and increasing challenge for IT departments, with the use of private cloud services more common than not. This leads to a large proportion of organisations having hybrid IT environments that make use of managed service providers (MSPs).

Across the board, approximately 50% of all respondents have part of their IT infrastructure as a managed service. When it comes to choosing a MSP, almost two thirds of respondents report that 24-7 service is crucial, alongside flexibility (55%) and cost effectiveness (54%).

“Use of private cloud services are more common than not in today’s enterprise, with most IT organisations using a mix of IT services,” said Carmen Carey, MD at ControlCircle.

“This leads to a large proportion of organisations having a hybrid IT environment, which they cannot keep control of, making 24/7 service and flexibility the top ‘must haves’ within third party services partners.”

According to the study, the three biggest challenges IT departments are currently facing are security, cloud and compliance (65%, 36% and 34% respectively).

The respondents also predicted that security (56%), cloud (46%) and mobility (41%) will become the biggest challenges IT departments face.

The prevalence of big data is also predicted to rise in the next five years. It made the biggest jump in ranking (originally seventh on the list of nine, rising to fourth) with an 8% increase from 30% to 38%.

The in-depth research was conducted with 250 senior IT decision-makers working in UK organisations that employ third party and managed service providers and a minimum of 250 staff.