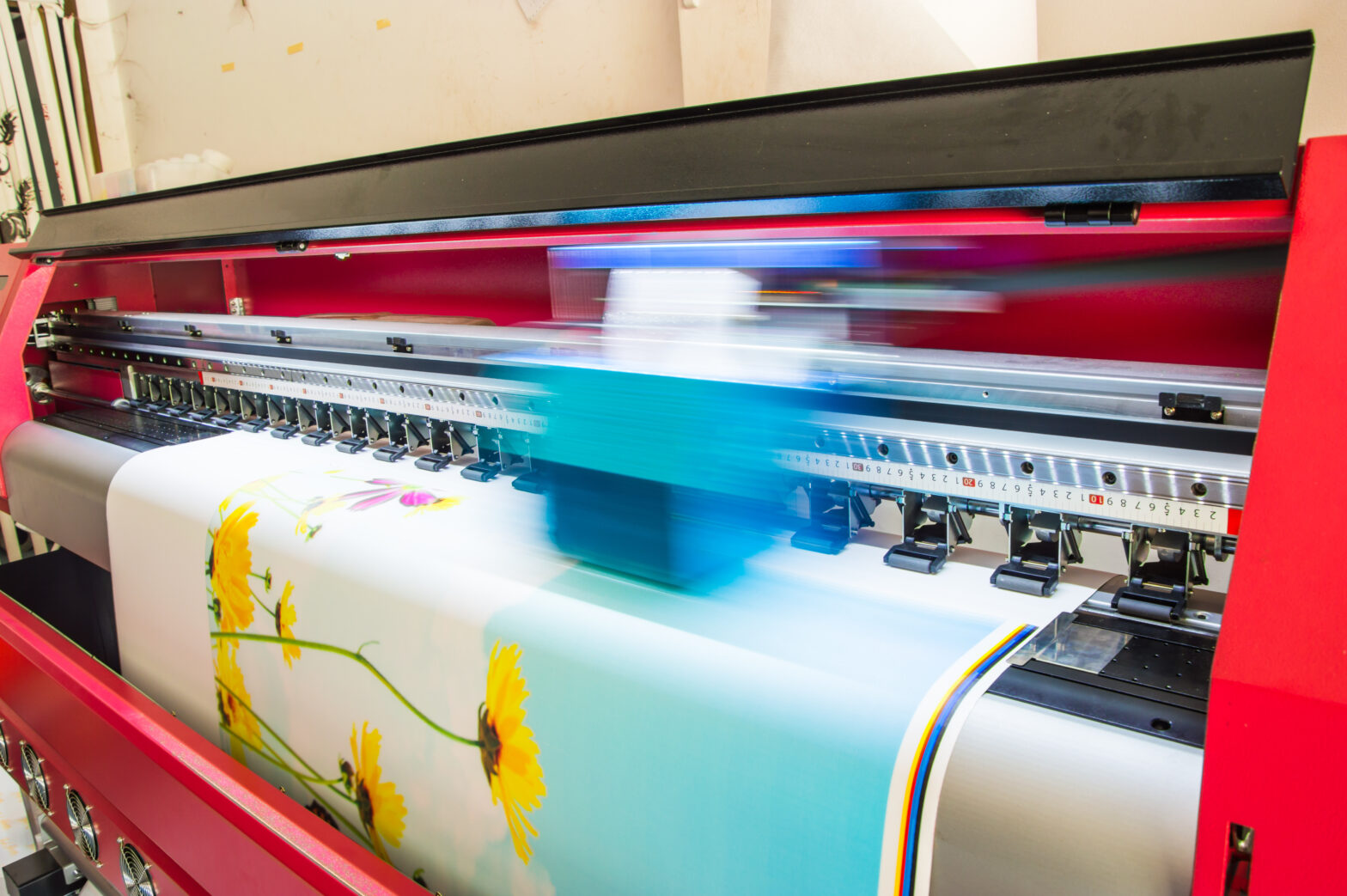 Each day in the UK, 523 million pieces of printed paper are thrown away by office workers. Much of that stack will have served its function – to inform, communicate, document – but a great deal of it will have simply been a waste of paper, ink and toner, with little or no value having been created by its printing.

The reality is that although IT industry analysts, such as Gartner, estimate that printing and other imaging technologies consume an astonishing 1% to 3% of a typical organisation’s total annual revenues, the print function has literally been

‘left to its own devices’. “Printing is the last bastion of unaudited costs,” says David Wilson, director of managed services and solutions at enterprise printer maker Oki. And, by many accounts, the IT department has neglected the problem.

Research from document services and systems management software provider Macro 4 reveals that ignorance of printing costs is widespread throughout the IT departments whose responsibility it is to manage the networked printing environment. The company’s survey indicates that 42% of IT directors in the UK do not monitor or manage their organisation’s office printing costs. Moreover, only one in four are confident they have print spending under control, says Michael Brand, chief executive of the business information logistics division at Macro 4.

The primary reason behind IT’s lack of engagement with this is that printing has been seen over the years as a low-tech, commodity-based part of IT. The view was that ‘strategic’ and ‘printing’ were two words that do not fit together – not least because printing was expected fade in importance as the digital age evolved and the ‘paperless office’ took over. The truth is very different.

As businesses realise the magnitude they spend on printing, copying, faxing and scanning, says Stuart Swinton, commercial business manager at Hewlett-Packard's Imaging and Printing Group, they are being forced to take a strategic approach to print management.

Studies by analysts at Gartner, IDC and Cap Ventures have tried to put a financial value on that thinking. Separately, they have concluded that businesses that actively manage their printing infrastructures stand to reduce their overall cost of printing by up to a third.

But just listening in to users contacting the helpdesk provides enough under-standing of why actively managing the print ‘fleet’ is critical. According to Oki’s Wilson, over 30% of all calls to the IT helpdesk are print-related, ranging from paper jams and empty cartridges to IT-specific problems such as incorrect printer drivers installed on PCs.

Aware of this building problem, the $112 billion imaging industry – one of the most profitable sectors in whole IT industry – has been expanding its efforts to ensure its systems are much ‘smarter’, include other ‘converged’ imaging functionality and are much more manageable.

Print management software, in particular, has grown in sophistication, enabling IT administrators to gain insight into the whole printing infrastructure. Unlike machines of only a few years ago, many of today’s enterprise printers are bundled with software that provides a range of functions, from monitoring and reporting on the status of printers and their print jobs, to sending messages to users warning of low cartridge ink/toner or paper levels.

Many packages are also designed to monitor, control and ensure the security of the print process. The rights of authorised groups can be established on a function-by-function basis, so that some can, say, print in colour or network their print jobs, while others are restricted to monochrome documents on their local machine.

"It is difficult to get customers to focus their attention on this area of their business."

Security issues are being address through ‘pull’ printing, through which users are first required to enter an identity number at the target printer before being able to retrieve their documents. This is even being pinpointed as a regulatory compliance issue as it tackles the problem of sensitive or confidential documents being left in the print tray.

Such management tools are growing in sophistication (see box, ‘Remote control: the rise of print management), but the levels of cost and complexity are such that many organisations think the best way of dealing with it is to pass the problem over to a third-party.

Printer manufacturers, specialist print services companies and traditional outsourcing have all established service packages designed to take the sting out of document output management. They offer a range of services, starting with a survey or ‘print audit’ of the enterprise’s printing environment through to installing, maintaining, updating and even managing the printing device estate.

The printer outsourcing model is growing in popularity – it represents, according to Xerox CEO Anne Mulcahy, about $20 billion in market demand – and many organisations already report savings of 10% to 30%.

The University of Lincoln, for example, says it reduced its print volumes by 25% and saved £100,000 in just one year, after implementing Hewlett-Packard’s Total Print Management service.

It is certainly a business model that printer manufacturers are eager to see grow. Revenues from hardware sales have flattened, and many manufacturers are now selling their low-end printers at a loss. Profits are made through sales of cartridges, toner and (in some cases) paper – consumables, in industry parlance – and through printer-related services.

Although manufacturers are not expected to be altruistic, they can be criticised for actively contributing to at least some of the print problems facing businesses today. Because of an absence of standards (even within the same manufacturer), for example, the multi-billion pound supplies market is awash with literally thousands of incompatible toner and cartridges types, with few fitting in more than one printer, let alone across other manufacturers’ devices.

That means supplies store cupboards across the country are stacked to the ceiling with mountains of different cartridge types, ready to be slotted into the array of printers that organisations have built up over the years.

One area where manufacturers’ product direction has had a positive impact on costs is in device convergence. Businesses are reducing some of the traditional overhead associated with their existing imaging technologies by replacing aging faxes, scanners and copiers with multi-function printers (MFPs) which operate primarily as print devices.

Analysts at Gartner estimate that businesses can reduce their print spending by at least 10% by consolidating the print function onto MFPs.

The falling price of print systems has also helped take cost out of the print equation. The cost of printing using either inkjet or laser technologies has fallen dramatically in recent years as the upfront prices of devices have dropped in and competition for independent cartridge refillers has brought the overall price of cartridges down.

Manufacturers can also argue, with some justification, that the improved printing speeds on modern machines – for both colour and mono – have made users more efficient.

Many high-end laser devices, such as those in the Sharp MX range, can output colour laser pages at 35 pages per minute, reducing document wait-time for users.

However, many in IT will argue that the printer suppliers still have a long way to go to show they can help organisations get a handle on the cost and complexity issues of printing – not least of all because of the levels of profitability that they have enjoyed over many years.

Profit margins, which in some cases have been in the 15% to 20% range, have now been scaled back, and the unit costs of printers have dropped, as have the cost of supplies.

Hewlett-Packard, for instance, has seen its operating margins drop to 13% from 15%, even though it can still count on some $2 billion of profits from printers and supplies each year. In fact, two-thirds of the profits of the overall company stem directly from printers.

Worldwide spending on printing by small and medium business, for example, rose by about 7% to just under $50 billion in 2005, according to the to consulting group, Access Markets International. The sense is that that no-one wants to kill a golden goose that some said would be on its way to extinction by now.

The management of distributed PCs and servers would be unthinkable without centralised systems management technology for monitoring performance, delivering updates and diagnosing and fixing problems remotely.

But it is only in recent years as organisations have began to realise just how much they have been spending on printing that equivalent software for managing the printer estate has started to emerge. Products, such as Hewlett-Packard’s Web Jetadmin and Sharp Electronics’ Fiery Print Controller, have evolved into sophisticated, pro-active management consoles.

Tools can manage access at a group or policy-level, controlling access to features such as colour printing or binding. Security capabilities can ensure specific types of documents or users’ printouts are held in memory until a PIN code is entered by the authorised user at the printer.

Enhanced reporting also provides print job tracking by user and application, and the ability to view all the attributes of any ‘rogue’ printers that users have attached directly to their PCs.

Sharp’s Fiery Print Controller offers similar capabilities, with many tools designed to offer greater control over cost and security. Device control is established by creating authority groups, while the use of ID and/or password enables access to be limited to specifically approved individuals, groups or departments.

Network authentication allows ID, password and email address to be authenticated prior to access, which can be linked directly to accounting for cost monitoring and billing purposes.

Protection against unauthorised user access is achieved through a Secure Network Card, while SSL (Secure Socket Layer) technology encrypts data packets to ensure the security of print jobs as they move around the network.

Under pressure to conform to compliance regulations covering data protection, many organisations are also having to implement capabilities that automatically encrypt or erase data on a printer’s hard disk or in internal memory after each job is completed.

Lastly, several vendors also provide the facility to link directly to an order form on their website when their monitoring software detects that cartridges are running low, with the HP version of “assisted supplies ordering” offering a choice of prices and resellers.