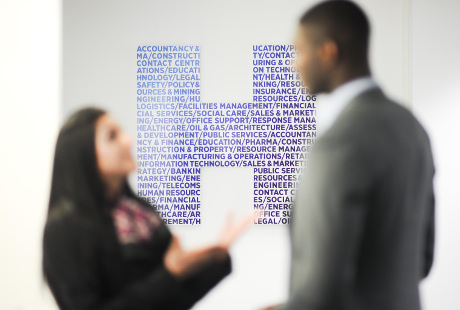 “Digital leadership” is in high demand among businesses these days. But for some senior IT executives, the “digital” world of social media and mobile applications might seem like a separate universe from the enterprise IT systems they built their career deploying and managing.

However, the example of recruitment giant Hays Recruitment shows that the two spheres are inextricably linked.

The company has undergone a significant digital transformation in recent years, as its industry has become ever more reliant on the Internet.

And as group CIO Steve Weston recently explained to Information Age, that transformation was made possible by a significant reinvention of its IT platform that began back in 2008.

That said, the transformation has also involved some work that would have been unrecognisable to the CIO of 20 years, including a content-led strategy to build the company’s following on social network LinkedIn.

In 2007, Hays Recruitment hired Alistair Cox, then-CEO of IT outsourcing company Xansa, as its new chief executive. The implication of the hire was clear: recruitment was being disrupted by technology, and the company needed a CEO with a technology vision to guide it through the transition.

Cox brought Weston, who was previously Xansa’s UK managing director, with him in 2008, and the pair set about redesigning the IT platform.

“At that point, the company had a technology strategy that hadn’t changed for 25 years,” recalls Weston. “We were running software that wasn’t Internet enabled, and all our regions were all using different variants of that software.”

“We stepped back and said, we know that the Internet is going to change the way that we operate, but we don’t know how,” he explains. “So if we're going to be successful in the future, we need to have an infrastructure that allows us to plug things in – without knowing what they are in advance.”

"Now we worry more about the user experience than the plumbing. The infrastructure to present the data and interact with our corporate systems is all there."

Hays set about replacing its entire stack, with support for open standards being a top priority in software selection. It chose specialist application Bond Adapt for its recruitment software; a tool called Broadbean to automate the task of posting vacancies to job boards; and another called Daxtra, which parses CVs into structured data.

The back-end to the infrastructure is based on PeopleSoft, and Hays also deployed Oracle Business Intelligence Enterprise Edition (OBIEE) as a data warehouse for reporting and analytics.

Another critical component of the new infrastructure was search, Weston explains. “Search is at the heart of what a recruitment company does – we need to find the best candidates for our clients as quickly and accurately as possible,” he says.

And while Bond Adapt has in-built search capabilities, Weston said, “They are not the best in the world. And we wanted the best.”

Hays therefore installed a Google Search Appliance. It was built with its own user interface for the search appliance, meaning that recruitment consultants can conduct the kind of complex, Boolean searches that allow them to pin-point very specific candidates.

“Anyone can deploy search to find generic roles, but the world is not made up of generic roles anymore,” he explains. “I remember one of our consultants was asked to find a bariatric surgeon, who are doctors who do gastric bypass operations, based in New York.”

Again, a critical criteria for selecting the Google Search Appliance was its support for open web standards.

“We built a platform that was completely Internet-enabled,” explains Weston. “We specifically chose tools that would allow us to send and receive information from the Internet at ease.”

Hays’ development partner for this transformation, which was completed in 2010, was Indian outsourcer TCS. The company also took the opportunity to outsource its infrastructure and service management to Computacenter.

Interestingly, once the transition was complete, Hays moved development and application support from TCS into its own captive resource centre in India. This is an unusual move in this day and age, but then again the company is led by two former outsourcing executives.

Hays did not know what exactly its open standards-based architecture would allow it to do, but in retrospect it seems like a shrewd move.

The company has since rebuilt its web presence, and is now working on its mobile strategy – both of which were made much simpler by that underlying transformation.

“Now we worry more about the user experience than the plumbing and infrastructure,” says Weston. “The infrastructure to present the data and interact with our corporate systems is all there.”

Perhaps the best vindication of the strategy has been Hays’ integration with LinkedIn. The company uses the professional social network as a source of up-to-date information about its candidates.

“There are two things a recruiter wants to know: the relevance of a candidate for a job, and their currency – are they actually available,” says Weston.

Hays of course analyses the data it is given by candidates to determine relevance and currency. But now, with the users’ permission, it also draws in their LinkedIn profile so consultants use that in their assessment.

“That gives us a richer dataset, with more complete data, and its more likely up to date as well.”

Other ways in which Hays integrates with LinkedIn include the ability to offer jobs based their behaviour on the site (again, only with the users’ permission). All of this is made possible by the open APIs that LinkedIn publishes, and the fact that Hays’ own infrastructure is built on open standards.

However, using LinkedIn to the company’s best advantage has not simply been a matter of technology integration. Hays has also actively set out to accumulate the highest possible number of ‘followers’ on the site, meaning it can attract new candidates to fresh job openings.

It has done this with what might best be describe as a content strategy: the company produces engaging written material that makes users want to follow it, such as blog posts from the CEO.

Hays is now the 40th most followed company on LinkedIn, just ahead of shoemaker Nike with – at time of writing – 259,000 followers. CEO Alistair Cox is among the top 150 ‘influencers’ on the network.

All of this is under Weston’s remit as CIO, although it has been done in partnership with his colleagues in the marketing department.

“For me, digital leadership has to come from an marketing leverage point, and a technology leverage point. I am working with a colleague who brings the marketing experience, but I am ultimately accountable for the whole programme.”