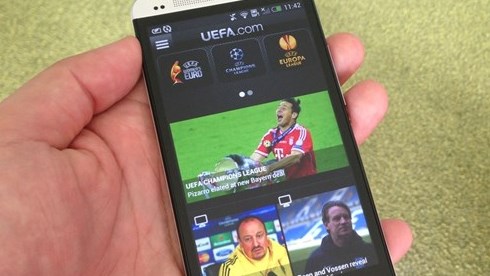 This year’s UEFA European Championship (Euro 2016), due to kick off in France this June, will be one of the biggest international sporting events in history. The roster of teams entering the tournament is expanding from 16 to 24 for the first time, and each of the ten venues will play host to up to 50,000 spectators, with up to 300 million live spectators for each of the 51 matches.

UEFA anticipates that the total audience for the tournament will be around 1.9 billion. To call it a complex logistical and technical operation would be a huge understatement.

Outside of just the obvious event management aspects of UEFA’s business – which include everything from accreditation to ticketing, transport and event logistics  – and football management elements such as managing squad lists, referees and officials, medicals, stadium security and anti-doping – UEFA is responsible for handling commercial partners, broadcast rights and the digital delivery of content such as website streaming and mobile apps.

IT is a crucial enabler, and at the helm of it all will be UEFA head of ICT Daniel Marion.

‘The main challenge for Euro 2016 is that everything happens in a very condensed timeline,’ says Marion. ‘It’s non-stop for five or six weeks, with no window for change or downtime. So we have to make sure that infrastructure and solutions on top, and support structure underneath, are working flawlessly during these five weeks, 24/7.

‘As an IT organisation, we try to stay lean and focus on roles that are more business analyst and project coordination based, so most IT tasks are outsourced or augmented with developers depending on different areas.’

> See also: How technology is transforming football: from England to Brazil

That said, for Euro 2016, UEFA’s IT team will grow from a small business of 80 to an enterprise of well over 1,000 people and partners with the necessary skills to cover the variety of new technologies and devices. Obtaining the right talent across the digital, event and traditional spheres – to provide services to fans, partners and staff – is a major task.

‘The biggest challenge in sourcing talent is the fact that we need people with the ability to easily move from white collar to blue collar – people who are happy to be operational,get their hands dirty and at the same time who can pilot large-scale projects,’ says Marion. ‘We need that blend of people who can be very interested in making things happen on the ground.’

Since the last European Championship in 2012, the scope and scale of the competition has grown enormously. But much has also changed in terms of audience expectations.

The evolution of mobile technology in just the last four years has been phenomenal: smartphones have become the hub of our daily lives and are now in the pockets of two-thirds (66%) of UK adults, up from 39% in 2012, while in 2014 mobile overtook fixed internet access for the first time.

‘The number one change this year is the usage of mobile apps, both for the public and for our volunteers and the running of the event,’ says Marion. ‘We use a lot more mobile apps than we did in 2012 for things like scheduling, on top of the functionalities we offer to fans.’

When it comes to fans in the stadium, even though it’s not completely the remit of UEFA, the organisation is partnering with the main French operators to make sure that UEFA’s 142,500+ Twitter followers and 750,000 Facebook fans will have the 4G and 3G coverage they’re used to while at the match.

‘We work with many subject matter experts looking after telecoms specifically,’ says Marion. ‘Euro 2016 is a huge telecoms undertaking as we must build a multi-service contribution network to move all the images and transmit the TV signals in an uncompressed format between ten venues and international broadcasting centres.’

When it comes to providing extensive, good-quality coverage, UEFA is at the forefront of 4K broadcast technology, having first tested the technology at the 2014 Champions League final in Lisbon. But 2016 will be the first time that UEFA produces and distributes its own 4K-resolution broadcasts.

‘We provide a lot of toolkits and next-generation services for our broadcasters, extra cameras to present games in more engaging ways, and content for broadcasters to create second-screen apps for tablets and other devices, so when events occur on TV you can trigger actions on the tablet using audio watermarking that we code into the ambient sound of different games,’ says Marion.

Taking into account dual-screen watching is now a key part of managing a live broadcast: UEFA uses audio watermarking that can help devices talk to each other at inaudible frequencies to ensure that fans watching games on a tablet and a TV screen, for example, get a synchronised experience from two devices that might be streaming the same game with a delay of two seconds or more. That way, fans won’t learn about a goal taking place on one screen before it’s happened on another.

Before a major competition, set-up in the stadiums themselves is crucial. From mid May, UEFA received exclusive usage of all the venues in Euro 2016 in order to start deploying infrastructure for TV, data and other services into what is essentially an empty shell at the start. But because the demand for uptime in a live broadcast service is more or less 24/7, the all-important testing phase for UEFA’s networks started around mid-January.

‘Luckily, we have our normal football season every year, so we can learn, change and improve during lower-priority times,’ says Marion, ‘and we leverage the same core infrastructure so we don’t have to build from scratch. In yearly competitions we have a much more robust system in place to test out.’

A network that is completely resilient and as redundancy-free as possible is absolutely essential. During the European Championship, monitoring staff are present 24/7 in a central operating centre, to ensure that if something goes wrong it is proactively fixed.

> See also: Behind the beautiful game: ITC at UEFA

The majority of UEFA’s IT systems, app and data including the UEFA.com website and its bespoke event and football logistics application FAME (Football Administration Management Environment) are hosted by managed hosting provider Interoute.

‘With Interoute, today we have a cloud that is comparable to a highly scalable virtualised environment,’ says Marion. ‘Some services are on public cloud, but most are on private cloud. It brings us the ability to scale our resources in real time in a very quick manner, so if we need to deploy a new functionality we cut out the need to buy and install servers – it’s a lot more agile in adapting to our changing needs.’

After months of intense preparation, Euro 2016 will flash by in just a few weeks, and then the team will be looking ahead to 2020’s competition, with no time to waste.

Euro 2020 is destined to be even bigger, spanning 13 cities in 13 countries. ‘We’re already looking at the opportunities we have for 2020, to try new ways of doing things,’ says Marion. ‘With all the venues involved, we have to interact in a very smooth way between them.

‘Every Euro game has a very high standard in all areas when it comes to operating, whether it’s the quality of video, infrastructure or hospitality given. For 2020 we have to see how we can guarantee that quality in a more decentralised manner. Already we are talking to different stadiums, cities and clubs on how to best leverage our resources to maximise the value of that tournament.’