How Barclays is restoring banking trust with innovation 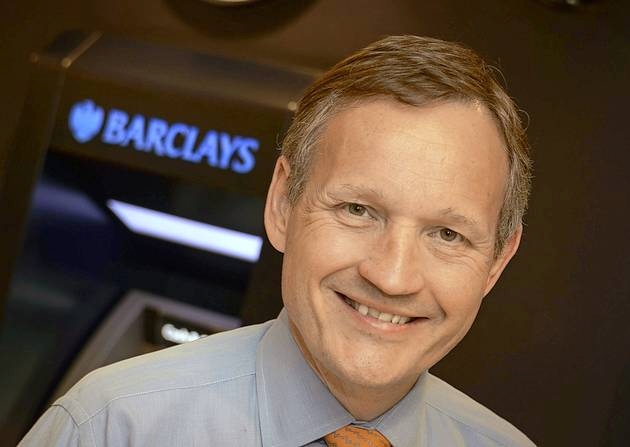 Following the lambasting it has received since the financial crisis shook the world in 2008, the banking sector is left picking up the pieces to regain trust among customers.

Barclays CEO Antony Jenkins is at the forefront of this industry-wide charm offensive, and technology is his tool of choice.

It just so happens that this culture change coincides directly with a time when innovation is transforming the way people transact and organise their finances. Barclays has spotted an opportunity to lead this shift.

In May, a significant scaling down of its investment bank signified a drastic overhaul of its business, which will return focus to high street banking. However, several initiatives since have revealed a new vision of exactly what high street banking is.

Barclays customers are using its mobile banking app 24 times a month, going online with it twice a month and visiting a branch less than twice a month, Jenkins recently told The Independent. The inference is clear: smart devices have changed everything, and Barclays is determined to adapt.

Subsequently, it revealed last month that it is taking 6,500 cashiers from its branches and training them as a new breed of ‘community bankers’, who, armed with iPads, will help customers use automated machines.

Indeed, some have called for the end of branch banking altogether. Next year, Metro Bank founder Anthony Thomson will launch the UK's first digital-only bank, Atom, with no branches or phone banking services. Meanwhile, internet stalwarts such as PayPal and Amazon have given traditional players like Barclays even more competition with their online transaction systems.

>See also: The end of the branch: Ushering in the next generation of banking

But Barclays has its own reputation for firsts. Introducing the first cashpoint and, 28 years later, financial institution website gave Barclays an ahead-of-its-game perception, which Jenkins reignited when launching the first contactless card in 2007.

Its next bet could be just as transformative, and falls in an arena that innovation kings Apple and Google are also playing in: wearable technology.

bPay is a wristband that customers can use for contactless payments by scanning it against one of 300,000 UK terminals, including transport systems and event venues. Rolled out this summer at various Barclays-sponsored events before a full public launch next year, bPay will be free of charge and available to customers of any bank.

Next year will also see the availability of Barclay’s new voice recognition system to its 12 million retail customers. The voice-biometrics system, which is already offered to users of Barclays’ high net worth service, reportedly reduces the time it takes to verify a customer’s identity from 90 seconds to less than 10 seconds.

The system securely stores and analyses a customer’s speech patterns, allowing future verification to merely require a brief conversation with a customer service agent. But don’t fret – according to the company, even the best impressionists in the world couldn’t swindle the highly sophisticated system

That brings us onto another subject area of growing importance: cyber security. With technology playing an increasingly integral role in banking, people are more concerned than ever of the dangers of cybercrime.

Barclays is, of course, extremely aware of this. Last month it passed independent tests to become the first major company to gain the government’s cyber security certificate for digital banking services.

The government scheme is devised to show consumers that a service has taken necessary precautions to protect them against internet-based threats. Going forward, such assurance will become engrained in the trust rating consumers attach to various banks.

Retail banks have some way to go before restoring the trust it once enjoyed with consumers, but as we move into the connected age, Barclays’ evident innovation is likely to get it there sooner than others.