How blockchain technology will revolutionise finance in emerging markets 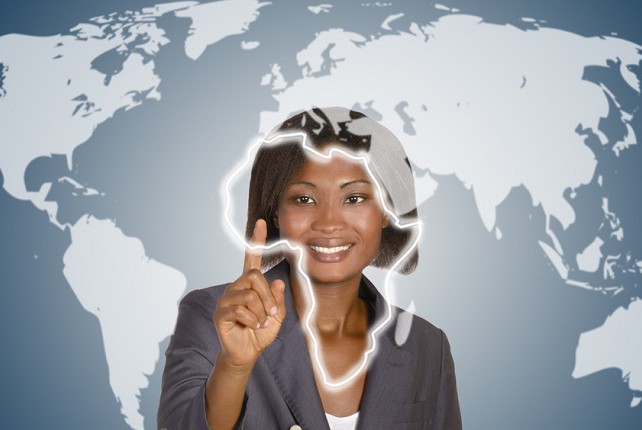 We currently live in a world where the less you earn, the more you have pay to access financial services. The most obvious space in which this principle occurs is with remittances.

If you‘re from a so-called 'developed' country and want to send money from one place to another, it might cost you a few dollars. But if you want to send money abroad in sub-Saharan Africa, you’d pay upwards of 15% of the remittance agency that transfers your money.

It’s not just people or businesses that are affected. Today there are entire economies that are excluded from financial markets. Some banks have even chosen to withdraw from some markets because of punitive fines and increasingly haphazard regulation.

This is, of course, is highly counterproductive. A lack of banking competition in war-torn countries like Somalia, for example, gives rise to dark markets where cash and criminal money movement go hand in hand.

This, in turn, increases the banks’ reluctance to go anywhere near these markets: usurious lending rates and high cost of remittances only serve to further damage economies in those countries which can least afford it. In extreme cases, this illicit cash can 'dwarf some government budgets' – giving enterprising lawbreakers greater influence over economic policy than entire states.

The financial innovations offered by technology represent a clear means of fixing these problems and bringing the rest of the world up to speed. Blockchain, for example, offers a way to widen access to banking for millions of businesses and consumers alike. The real question is whether or not it can ever become part of the financial mainstream.

What is blockchain technology?

Blockchain is gaining some traction with banks, but not enough, and not with those in emerging markets.The reason for this, in a word, is bitcoin – or rather, the confusion around it. Blockchain may have originated with the cryptocurrency, but they are not the same thing. Though it underpins bitcoin, it is perfectly applicable to other financial systems. It’s time to stop experimenting, and start processing transactions.

But what exactly is blockchain?

Blockchain is a distributed payment database. Every member of a network will have a copy of the same digital ledger, and every 'block' on this ledger is updated as soon as a transaction is complete.

Whenever money changes hands, there’s a concrete record of the payment, so each party has access to secure accurate reference data. This makes it much harder – if not impossible – to manipulate financial information.

Versions of blockchain (like Bitcoin’s) use a public ledger, but you can build permissioned, peer-to-peer networks comprised of trusted partners who control assets, and are able to issue or transfer payments – which can be confirmed in seconds.

When it comes to the developing world, though, the promise of blockchain is clear: it could provide the financial inclusion that has, to date, eluded emerging markets.

Blockchain technology has the potential to broaden access to banking systems for entire countries – something which a large number of financial regulators in developing countries are keen to promote.

It provides a way of moving assets across borders and between institutions without forking over exorbitant transfer fees, or enduring a ridiculous waiting period for delivery and confirmation of payment.

If banks use blockchain technology, these barriers could be completely eliminated. By making it easier to verify transactions and identities, and removing the disincentives associated with international payments, opening up access to bank accounts will be simple – and highly lucrative.

Figures from Accenture indicate that raising the financial service spending levels of the developing world’s unbanked people to those of lower-middle income countries could generate $110 billion worldwide.

For banks, there is no money to be made in excluding millions of people from the financial system : the lack of efficient technology is slow-cooking their potential profits.

There are potential advantages for businesses as well. Large suppliers that have issues collecting payments from resellers or merchants (a snack food company distributing multiple products across many thousands of stores, for example) can collect digital payments through blockchain without wasting time on admin and money on accountants.

With the need to cut through legal and regulatory red tape removed, banks using the blockchain can facilitate better credit offerings for smaller businesses in emerging markets. With settlement times negated, costs could be reduced to zero. By 2022, banks using distributed databases could reduce infrastructure expenses from securities trading, compliance, and cross-border payments by $15-20 billion.

Furthermore, banks currently hold a 'capital requirement' as insurance for incoming and outgoing payments that are 'in process' from other financial institutions. This is due to the inability to see in real time the liquidity position of an organisation and its upcoming commitments. Blockchain could allow greater transparency to convince regulators that keeping a high level of funds in reserve is not necessary, freeing these funds for other financial activity – such as providing SMEs with credit.

The future of finance

Blockchain isn’t a particularly young technology – though it is a sign of progress that organisations like Barclays are experimenting with it, it requires much more research and collaboration.

> See also: How the shape and definition of money will transform in 2016

The promise is clear. Blockchain could represent a bulwark against socioeconomic instability; it could provide protection from financial crime; it could even supply a working model for an international monetary ecosystem based on shared information and distributed trust.

At this stage, Blockchain is moving through the same hype cycle as other next-big-things have done before it: raised expectations are followed by disappointment – before eventually finding its place in the mainstream.

To take advantage of the possibilities, banks and countries in emerging markets should make greater efforts to collaborate – a high tide lifts all boats. For example, in the US, more than 40 banks now have a stake in R3 CEV, a start-up meant to agree on and implement shared standards. Similarly, firms including IBM and Digital Asset Holdings have started the Open Ledger Project to develop open-source blockchain software.

It will take time for technologies like Blockchain to make their mark, but they will come, and when they do, they will transform finance in the way that the internet was always meant to.