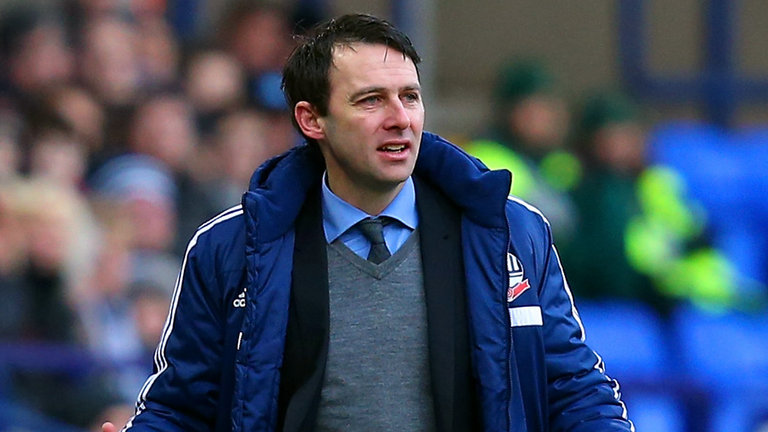 As football clubs across the country consider which overpriced players to purchase in the summer transfer window, Bolton Wonderers have another trick up their sleeve. Clue: it’s much cheaper, and smarter, than Luis Suarez – and it doesn’t bite.

While performance analysis is nothing new in sports – most football teams these days have a dedicated sports science department – there have been numerous limitations around bringing information together and generating genuine value. For Bolton, it’s now all about data blending and visualisation.

There is no doubt that the footballing world is behind other industries when it comes to gaining value from information. The trouble does not lie with the collection of data – organisations like Opta and Prozone churn out endless statistics – but, rather, collating it all and turning it into something meaningful for the manager.

“The analytics from BBC and Sky, and even Opta and Prozone, is great for fans and pub talk, but for us it doesn’t mean anything,” says Brian Prestige, head of analytical development at Bolton. “The person with the most tackles means nothing.

“We’re after clever defenders who intercept and have the right starting positions. They maximise their efficiency by not running around the pitch trying to lunge in and tackle everyone, but by trying to just intercept key passes because they’re keeping in shape.”

Ironically, it was in fact a former Bolton manager, Sam Allardyce, who pioneered the use of Prozone – which analyses almost every part of a player’s game – in the decisions he made on the pitch and in training. The company has since become the de facto source of performance analysis for football clubs across the world, but has attracted a growing number of cynics.

Prestige, who has worked at Bolton for nine years in various analytical roles, has been in that camp for quite a while. On top of the challenge of collating data, and presenting it in an accessible way to the coaches, he also noticed a major flaw in the culture of football.

“It’s the same problem that all football clubs have faced and still are facing: not data, but people,” he says. “The culture and philosophy in the organisation.

“I felt we were behind a lot of other industries and we wanted to change that. We needed a change – a data-driven and analytical mindset.”

Eighteen months ago, he set out on a mission to do just that. His team started by identifying what Bolton needed to do to create a philosophy at the club.

Every department at Bolton has a philosophy book of best practices, whether that be coaching, recruitment or sports science. Prestige and his team added an analytical book to that, and used it as a shrine for how the club was going to progress.

They then went about each individual staff member – there are 30 in total, not including the players – understanding how they want to use their data and what exactly they’re trying to get out of it. This helped them identify a couple of key problems, the first of which being the variety of staff.

“Each of them is a different learner – some may be visual, some may be more verbal and some may be a combination of both,” Prestige says. “We then have people who have hardly touched a computer before through to people who are very – from a footballing perspective – good with computers.

“On top of that, we have people from an academic background and people who all they’ve done is kicked a ball all there life. So it was about trying to understand the different people we have, and how we can actually adapt whatever methods and processes we go through to all of them.”

The next problem was the number of data points. Like every top football club, Bolton collects a high volume, density and variety of data from a raft of different sources – both structured and unstructured.

Prestige even admits that the attention levels of players during team talks are analysed and fed back to the manager, Dougie Freedman. So how can they deal with all this information?

“Like most football clubs, everything was just sat in a database. Useless. Having a database full of information is pointless if you don’t do anything with it.

“Effectively, what we were doing was ticking boxes to say to our bosses: look at all of the information we collect. It didn’t do anything.”

Prestige subsequently scoured the market for technology that would complement the culture change at the club. He came across two software solutions, which could sit side by side.

The first was data blending software from Californian startup Alteryx, which enables users to collate information without the need for programming. The second was Tableau Software, which has taken a lead in an increasingly lucrative market around data visualisation.

The combination allows Bolton to easily pool together the hoards of data available to them – which comes in different formats and would previously take extensive time to export, transfer and edit – and visualise it into graphs and graphics that Freedman can actively incorporate into his strategy.

“With all this information, we can make decisions weekly, daily, hourly or even quicker,” Prestige says. “Our training from the morning gets uploaded live to a cloud server and into Tableau so the coaches can decide who’s doing what training in the afternoon.

“You’re talking 15 minutes between the end of one session and the start of the next. That’s an example of how quick decisions need to be made, and because of that they need to be right decisions.

“Without it we would have thousands of XML files just sat there on a server, all of these datasets taking time to pass manually, and we’d be gaining insights in a very slow amount of time. In fact, we’d be getting the wrong insights because we weren’t able to blend data together. If we can’t do that then we haven’t got the whole picture.”

Another limitation of Prozone is it gives the basic information from a match – like passing and shooting statistics – in 15-minute breakdowns with second-by-second data. Alteryx has allowed Bolton to aggregate this into one complete view of a match with minute-by-minute data that Freedman can examine.

It has also allowed the team to gain more insight from the passing-grid statistics that Prozone provides, based on who’s passed to who, where on the pitch, and how many times.

“We want our team to play through the middle – from the defenders, through the central midfielders, to the attacking midfielder,” says Prestige. “The passing grid runs through Tableau, and Alteryx shows whether this is happening.

“We want our number 10 to be receiving the ball from our two central midfielders and then sliding it through to our strikers, so the data visualisation shows what his most common passes made and received are.

“The information from this is actionable. The manager will understand why things didn’t work the way he wanted it to and what to work on in training. So training sessions are dictated by the data coming through Alteryx into Tableau and visualised on the manager’s dashboard. He loves the iPad version.”

So as football managers across the world weigh-up how to spend their millions this summer, Bolton believe their technology signings could help elevate them back to the Premier League more than any one player.

“Tableau is the star; the Lionel Messi, the great visualiser and the lovely end goal,” says Prestige. “Alteryx is the rest of the team; blending and processing everything together, allowing Tableau to perform and shine.”

But there is still much work to be done, a lot of which comes back to the culture of football.

“I’ve been on a crusade for the last two years, getting people from the analytics community and talking to them,” says Prestige. “The trouble is, football is too closed off.

“People in football clubs don’t want to talk to people who aren’t in football clubs, and people from the outside think they know better. Therefore there’s a massive barrier that needs breaking down.”

The only way to do that, he believes, is to actually communicate. As such, Bolton have been inviting people to sit down with Freedman to educate them on the club's philosophy and hopefully empower them to develop a better external solution for football analytics, rather than having to do it themselves.

“That’s why, for me, nobody external is in our club currently. I’d love to see that change, but the only way to do that is by a broader culture change in football with more sharing – like there is in the States with some of their sports.”

In April, Atletico Madrid assistant coach German Burgos wore Google Glass in a victory against Getafe. Google has developed alongside the Liga de Futbol Profesional (LFP) to allow coaches to receive live statistics from a match.

Bolton won’t fall behind, however, and have similar plans of their own.

“You’re not technically allowed,” Prestige says. “Particularly in UEFA competitions, you’re stringently not allowed any sort of technology in the dugout.

“But people do and we’re going to. We’ve got full plans to pretend the manager is just FaceTiming his Mrs if the fourth official comes across.”