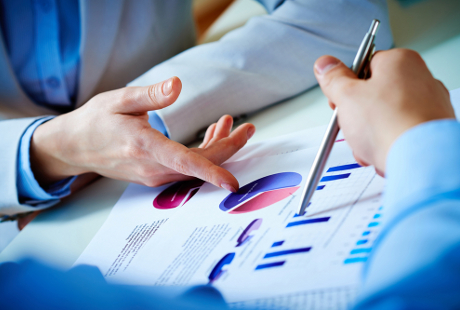 Responsible for the business makeover of the decade, IT constantly reimagines the way each department operates, to the tune of a mammoth $2.7 trillion per year.

Remember when the finance department had no analytics platform, HR ran without management software, and when IT functioned without cloud storage? It’s almost unthinkable in today’s climate, where digitally savvy department heads have a solid grasp on the value of technology for improving efficiencies and is often driving this innovation directly.

The widespread consumerisation of IT means that it is no longer just an IT department championing pivotal projects. Anyone in the organisation could be the nucleus of an idea that helps transform the company into a truly digital business.

This is apparent when you look at where departmental budgets are being channelled, as Gartner predicts that >by 2017 more than 50% of total IT spend will be driven from outside the IT function itself.

> See also: The value of consumerisation: Gartner outlines three ways to get the most out of 'digital employees'

Growing IT spend, increased technological awareness, new customer requirements combined; it’s clear that the job role and expectations of our IT leaders is expanding year on year. And that’s before any IT threats or challenges present themselves.

There is a lot to contend with, so it’s no surprise that the individual at the helm of this function would feel heightened pressure as their role evolves.

Many an old proverb places responsibility and risk hand-in-hand and it would appear that this remains true to the role of today’s CIO in an ever-digitally driven business environment.

According to a European study sponsored by Colt, as IT becomes more central to business operations, 76% of senior IT professionals feel more vulnerable in their decision making than five years ago.

For this majority, they are likely aware that having such a pivotal role in the overall success of a company means that how they react to specific moments will be analysed in the boardroom. And ultimately these decisions could make or break their career.

When asked to identify the significant moments that are a game-changer for professional success, the CIOs surveyed outlined an array of situations; from the roll out an independent big data management platform, to ensuring robust security systems are implemented, and even dealing with an earthquake situation.

Above all, there were three key areas that held the greatest influence on an IT leaders progression.

Implementing new infrastructure changes was the most pivotal, with 67% of respondents relaying its impact on their career trajectory, as it generates a higher recognition level throughout the wider organisation.

This event was closely followed by how they handled events such as a data outage or tech crisis (63%), and responding to emerging customer requirements (60%).

One could argue that the position of an IT leader should always possess element of risk. After all, dealing with business problems has always been on the CIO agenda. Yet a closer analysis on where this group of CIOs perceive the risk to lie -on a personal level or to the wider organisation – throws up some interesting food for thought.

One key discrepancy found that selecting the right team was deemed to be key to their own personal success (48%) but less of a company risk (39%). This sits hand-in-hand with the fact that 73% felt that the feeling of personal risk can be mitigated by working with individuals or suppliers that they trust.

Conversely, it was felt that creating a business case for change was more important for the company (35%) than the career of the CIO (28%), whilst communicating with stakeholders was undervalued – with 27% rating this as a company risk, against just 19% as a significant personal risk. Does this suggest that a number of CIOs are still misaligned with their enterprise mission?

Such a 'silo' mentality will not open doors to innovation in today’s digitally-enhanced organisations. The most successful businesses are those that position a CIO who can look holistically across departments and advise on the opportunities for change.

Take the time to learn from your peers in other divisions, to develop a solid understanding of their operational priorities, challenges and what the customer requires.

Not solely an opportunity to gather insights from across the business, such an approach also provides IT leaders with a sense of a department’s tolerance to risk – helping them to define the moments or projects that will make the most impact to an organisations bottom line.

Adopting a more strategic role and working closely with teams to pioneer transformational projects, successful IT leaders will find they are able to supercharge the businesses where it matters, ahead of what IDC describes as 'a critical period of widespread digital transformation'.