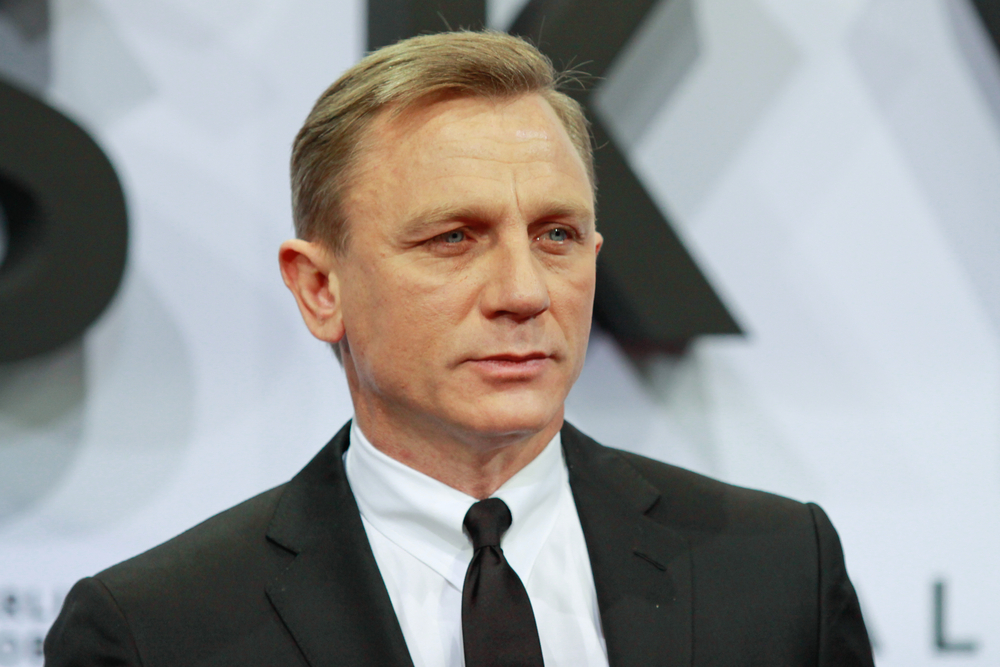 Times have changed for the world’s most dangerous super-sleuth. His gadgets have cut through steel plating, pre-empted the Apple Watch and made an Aston Martin Disappear – but as technology becomes more connected, is it even possible to go off the grid like a double-0 Agent?

After consulting with some real-world Qs, experts in the cyber security industry have come up with some tips on how to stay private and safe in a connected world.

'In today’s connected world it’s reasonable to feel paranoid, and there are a number of steps anyone can take to become an undetectable ghost agent. Firstly, using different devices for individual purposes will make tracking your activities much harder, especially if you ensure that the device that actually stores your data does not connect to ANY network.

> See also: Windows 10 may be free, but it comes at a huge price to your privacy

For your mobile phone, buy a prepaid card with cash – never use your credit or debit card – to add credit, and regularly destroy and replace the phone itself. For accessing the Internet use a variety of devices that you don’t use for anything else, and make sure that they are regularly wiped.

Don’t install any other apps other than the preinstalled browser, and for social media only use fake profiles accessed by anonymising proxies. Installing a miniature firewall that regularly scrutinises all traffic that leaves and enters your device is also essential.

If you follow these steps, you will become as invisible as a Double–0 agent – but here comes the sad part: Life isn’t like the movies. Don’t expect to meet beautiful women, or anybody at all for that matter, in your reasonable but lonely private world.'

'We’ve all seen gadgets save Bond from a scrape or two, but leaving them unattended could easily put critical information into the hands of the enemy. The easiest way to avoid problems is to turn gadgets off when not in use.

Leaving laptops or tablets on (and usually connected to the Internet), opens the door for rogue attacks. If your gadget is online when it’s not being used, not only is it detectable, but it means hackers have 24/7 access to install malware or steal sensitive data at their leisure. Switch it off!

'It might not be a matter of national security, but your data is valuable, which means people are after it. Data encryption technology used to be reserved for high powered corporations and spy agencies, but modern tools make it possible for anyone to encrypt precious data quickly and easily.

Doing so means you can protect yourself from many of the malicious attackers out there, including state sponsored hackers and enemy operatives.'

'Bond’s gadgetry knows no bounds and as a high-flying spy, he relies heavily on his mobile devices and applications (and Q) to keep him one step ahead. Whether it’s locating a villain, keeping in contact with Q or setting off an automated gun through one click on an app, he’s got all he needs to be at the top of his game.

As any good Q knows, these devices and applications are easily hackable without the right level of security in place. After all, what use is an application if it leads Spectre right to Bond’s location? Or grants him access to all of his data, revealing top secret information or even allowing Spectre to take control of Bond’s gadgets and weapons? This is where application security plays its part for Queen and country.'

Q Branch should be continuously application security testing to ensure the right security is in place. Bond and his team certainly can’t be taking the security of his applications lightly when it comes to national secrets and the security of the country.

Putting it simply, national secrets are a different beast compared to the latest HTML5 video game. Below average security just won’t cut it for a Double-0 agent like Bond. If Q has the security in hand then Spectre shouldn’t be bringing Bond down anytime soon using his mobile applications.'

'Every double 0 worth his (or her) digits knows public Wi-Fi is unsafe and insecure. According to a recent survey, 79% of users know that public Wi-Fi is not secure, yet 62% of those still connect to it.

Public Wi-Fi offers the convenience of accessibility, but typically doesn’t encrypt data, which leaves passwords exposed and sensitive data vulnerable to the possibility of capture by those with malicious intentions.

Bond may have access to the latest communication gadgets – including a phone which doubles up as a stun gun and even a broom radio – but hackers can easily intercept the data being transmitted and steal vital information such as passwords and company secrets.

MI6 needs a solution that allows its agents to use public Wi–Fi to communicate securely with M back at HQ. We’re not talking about a VPN, which only encrypts the end -to–end connections and requires additional software, but a simple solution where devices can quickly and securely communicate within secure personal network that protects valuable data. And if that connection could also be hidden from view, so much the better!'

'The words of Sun Tzu, Chinese military general, ring as true today as they were centuries ago in his life time.  He is famously quoted as saying: 'If you know the enemy and know yourself, you need not fear the result of a hundred battles. If ignorant of both yourself and your enemy you are certain to be in peril.'

The key here is knowledge. It’s widely accepted that today’s criminals are increasingly operating in the Dark Web, an anonymity network designed to keep a user’s identity and location completely secure when browsing the web.

Just like a Bond villain, these cyber criminals operate with the belief that they cannot be found – but shining a light on where they hide can expose them.

To do this it’s vital to have an understanding of how the Dark Web works. This is the first, but critical step in being able to combat the illegal activities that go on there.'