How to fix the six biggest software performance issues 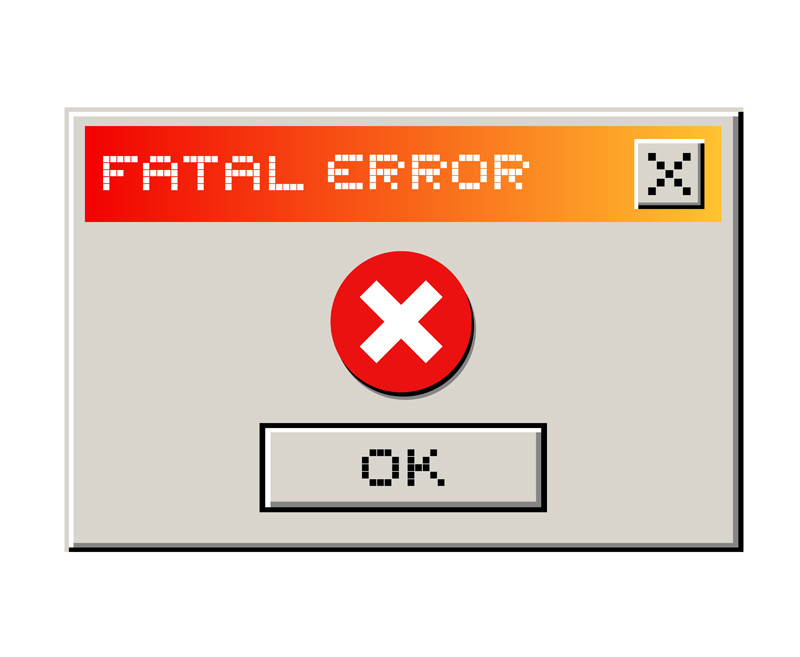 Regular software reviews are crucially important for organisations of all industries and sizes. Failure to undertake them puts systems at risk of becoming inefficient, unreliable and insecure – which can have significant negative consequences for the performance of a business.

A staggering nine out of ten IT decision makers claim their legacy systems are preventing them from harnessing the technologies they need to grow and become more efficient, and 44% of large organisations claim that legacy issues affect most or all of their projects.

This article looks at six key characteristics of software that’s no longer fit for purpose; which in turn will help businesses identify exactly where they should be directing their IT budget as well as supporting them in developing an effective strategy for improvement.

It relies on outdated technology

Any software powering core business processes is likely to be deeply embedded within an organisation and as such, reliant not just on its own technology but that of a whole host of other systems too.

> See also: Legacy thinking, not legacy systems, is the biggest threat to the financial industry

Not keeping up-to-date with changes to these systems can impact the performance, reliability and security of the primary system, as important fixes and enhancements are missed, or critical new dependencies overlooked. It’s therefore important to be aware of planned changes, to keep software aligned and up-to-date.

In some cases however, the technology underpinning a given piece of software might cease to be supported entirely. Staying informed about technology roadmaps will help mitigate this risk, as this will provide the necessary time and flexibility to prepare a migration strategy.

It was developed by a team that has since moved on

Skills shortage is a very real concern among CIOs, with six in ten believing that the lack of available technology specialists will prevent their organisation from keeping up with the pace of change.

With development skills a particular concern for 27% of CIOs, it’s not surprising that when the team members who initially commissioned, built and maintained a piece of software move on to other roles or companies, the management of said software system can become challenging.

Whether the software strategy is managed in-house or through a third-party supplier, losing experienced team members can have a significant impact on development productivity, not to mention developer morale.

Furthermore, extra time, effort and budget will likely be required to fix bugs as new developers get up to speed with the existing system.

Ultimately, without the necessary specialist knowledge and skills, businesses may be left unable to resolve complex issues, leading to serious performance problems and potentially fatal breakages.

Often, the software underpinning an organisation has grown organically over time, as incoming stakeholders and new situations have introduced additional digital requirements and conditions.

However, when software has been developed in this way it runs the risk of experiencing high levels of ‘technical debt’ – hidden issues and inefficiencies that can have a serious impact on the performance not just of the software, but the business too.

The symptoms of technical debt often go unnoticed, and it’s likely that businesses may not realise anything is wrong until it’s too late. And in this worst-case scenario, it can be the case that a large-scale rebuild is the most sensible option available.

There are usability and accessibility issues

The main purpose of software is to support business processes efficiently and effectively, so there is definitely a case to be made for an overhaul where it isn’t doing this.

For example, when routine tasks are taking too much time away from revenue-generating activity it may be worth investing in streamlining those tools that power these processes, or exploring whether any tasks could be automated.

Alternatively, if users are currently required to access numerous different systems to achieve their goals, businesses may want to look at integrating these in order to consolidate common journeys.

To identify the most valuable solutions for particular requirements it’s crucially important to listen to those in the know – your users. They will be able provide information about how well a piece of software is fulfilling its purpose and, in listening to and responding to their needs, businesses will secure greater buy-in for any upgrades which are implemented.

The business has outgrown it

Businesses need to be aware that some software has a shelf life. As time goes on it’s natural for business goals and objectives to change and software will need to evolve accordingly in order to stay relevant.

A common driver of this kind of evolution is organisational growth, as having more users and more data will put an ever-greater strain on existing systems, causing them to slow down or even crash completely.

Moving systems to the cloud is a likely solution in this scenario and, due to the inherent scalability it provides, it’s proving increasingly popular, with 86% of organisations now spending at least part of the IT budget on cloud services.

The business is unable to take advantage of new advances

As a business grows, it’s likely that its digital strategy will evolve too. If the software it uses doesn’t keep pace however the organisation may be left unable to leverage new trends and behaviours.

Leveraging innovative new technologies is an obvious way to enhance digital capabilities and extend reach into lucrative new channels and platforms, so it’s important to make sure that software can support these integrations.

Not doing so could put businesses at a serious competitive disadvantage – particularly as organisations across all industries are currently racing to respond to the threats and opportunities presented by digital’s disruptive potential.

> See also: Bringing DevOps to the legacy side of the business

As cited in the Harvey Nash CIO survey executive summary, only one in ten CIOs believe their organisation will remain unaffected by this digital disruption in the coming years, with more than a third reported to be grappling with the issue now and a similar amount expecting to have to manage it within 24 months.

There are many ways in which software can be underperforming but what is important is that the signs indicating as such are noted, and reacted to accordingly. Conducting a comprehensive systems audit for example will provide a business with a complete list of current assets that can be analysed for signs of strain.

This enables the business to identify areas for improvement and prioritise development initiatives according to business value. Plus it will highlight If there are any upgrades to be made, which can hopefully be applied quickly and efficiently to avoid a costly wholesale replacement option.

Businesses can also make specific adjustments to enhance software functionality, capacity and performance or give systems a ‘lick of paint’ by refreshing front-facing elements such as user interfaces and APIs.

Finally, businesses could also explore existing Software as a Service and Commercial Off the Shelf solutions – customising these as necessary to fit specific business requirements and business logic.