How Fujitsu is doing nice things to make you like them 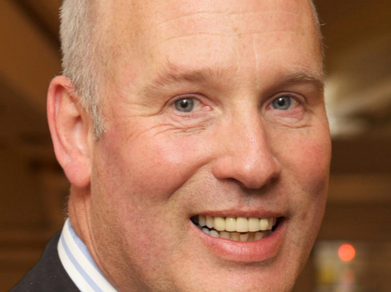 Japanese IT giant Fujitsu announced that it will invest £277 million over the next three years in its ‘Global Delivery’ business, which it established in April as a third global capability alongside solutions and platforms (hardware).

The primary aim of the organisation, which is led by EVP Hidenori Furuta and supports more than 60,000 of Fujitsu’s service professionals, is to globally standardise the company’s service-delivery offerings, which were previously too fragmented. It also wants to use this organisation as a platform to grow and evolve its offshore capabilities.

A high priority is being placed on creating so-called ‘human-centric ICT’ services and solutions by leveraging the innovative approach it has learnt from helping Japan deal with social issues that are now facing developed parts of the world – such as ageing and dense populations, healthcare provision and environmental protection.

Fujitsu has already worked on more than 100 Internet of Things projects with customers in Japan, and is keen to fuse such initiatives with other technologies like cloud, mobility, big data and social to help build safer and more sustainable societies – built by machines but for humans.

At the heart of its vision for a ‘human-centric intelligent society’ is a desire to build positive perceptions around its brand and reputation in developed markets.

For example, in July 2013 it commenced a three-year research initiative in collaboration with three research institutions in Ireland – TRIL, CASALA, CLARITY – to explore ways to assist independent living in an ageing society through ICT.

The research will help seniors and patients, who live in smart houses, follow up with illnesses and support with appropriate treatment regimens. In addition, by streamlining the sharing of information among senior citizens and their family members, primary physicians and specialists, the project aims to leverage ICT to support the lives of people in an ageing population.

Meanwhile, Fujitsu is also pushing a diversity drive in the UK, insisting that at least 40% of its graduate and apprentice schemes are made up of women to help combat the IT industry's gender imbalance. Its CSR policies put it in the top 10 responsible major corporates in the country.

According to Michael Keegan, head of UK&I at Fujitsu, the company is capitalising on a time when people are disillusioned by big corporations’ attitudes to social responsibility, while also spreading the word on its innovative capabilities.

‘It’s not a tick-box exercise,’ Keegan told Information Age. ’It’s an important boardroom issue. In the age of social media, instant communication and mobile, if you are not seen to be doing the right thing, the brand impact of that is massive to a business.’

Keegan pointed to ‘several large technology companies and coffee companies’ – no doubt referring to Google, Amazon and Starbucks – that have faced heavy criticism for avoiding paying tax on their British sales.

Far from just avoiding negative perceptions, he said he believes being socially responsible brings many benefits to the business.

‘If you really embrace it – and make it a fundamental part of everything you do – your staff are happier, they’re more engaged, and your customers like you more because they value your reputation.’

And it appears to be working. Fujitsu’s UK and Ireland business, which employees 14,000 staff, bucked the regional trend of market stagnation by boasting 8% revenue growth year-on-year and 4% profit growth in its FY 2014 first-half financial results, driven by success in its product and networking business.

‘I think largely, because we’re becoming a more known brand in the market, we’re punching our weight in a way that we traditionally haven’t,’ Keegan said.

But whether those sales were driven by IT was the bigger talking point at the company’s recent annual user conference Fujitsu Forum in Munich, as delegates debated whether the function is being overlooked as lines-of-business managers and a new breed of chief digital officers wrestle the function for leadership over transformative initiatives.

Duncan Tait, head of EMEIA, Fujitsu, didn’t hold back in adding credence to this dual – claiming that chief digital officers dismiss IT as a bottleneck to strategic decision making.

But he also fought the IT corner by emphasising the need for the two functions to work together to ensure digital technologies are built through the value chain.

Perhaps that was because there were a number of Fujitsu’s CIO customers at the event, one of which, Bruce Gardner, CIO of David Lloyd Leisure, admitted the IT-digital dilemma was an issue he had faced.

The British sports and leisure company placed a digital team in the marketing department, which perceived the IT team as a blocker to progress.

‘Joining the whole thing up and making IT and digital marketing work together –  with delivery teams sitting together – is absolutely key,’ said Gardner, adding that the job title is irrelevant. ‘What’s really important is that ourselves and the marketing directors work hand-in-hand and have good communication and teamwork on digital initiatives.’

>See also: The rise of the chief digital officer

In reality, he said, digital sits with his team, while digital content sits with marketing, but they sit together and work through it.

As such, he thought the ‘artificial creation’ of a chief digital officer wouldn't work at David Lloyd, but could see it working for a company that wants to create a whole new online or digital function.

Peter O’Rourke, director of IT at University Campus Suffolk, also chose to use the word ‘artificial’ in his criticism of the role.

‘You can create these new job titles all you want, but all you do is create artificial barriers and you still come back to: we all need to talk to one another inside an organisation,’ he said. ‘I can see it working in some places but mostly it just creates another communication challenge to deal with.’

‘There’s no reason why you can’t do both and look after the infrastructure and enterprise applications, and also develop a modern, fresh approach to delivering services to your customers,’ he said. ‘Ultimately, if you don’t have a handle on both, you’re going to make mistakes – you’re going to oversell something or you won’t be able to deliver, so it all needs to be in one cohesive strategy.’