How IT helps the European Commission work in 23 languages 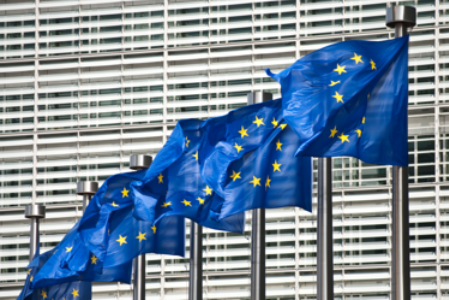 How does the European Commission, an organisation made up of 27 member states that speak a total of 23 different languages, communicate with itself?

The answer is with a lot of translators. The Commission employs around 2,500 translators and translation support staff, and between them they translate around 2 million pages of text every year.

The current system works as follows. If an official wants a document to be translated, they submit that document to an online portal, called Poetry.

The document is first routed to a planning office, which assesses the urgency of the translation – priority is given to legal documents, then citizen communications, and then other texts.

Once it has been assigned a priority, the document is split into sentences, and each sentence is compared against a giant linguistic repository called Euramis.

Built on an Oracle database, Euramis contains every single sentence that has been ever translated in the history of the whole European Union in every available language. This totals over 700 million sentences, or 10 billion words, and takes up 373 GB of storage.

Every new sentence is compared against the Euramis repository to see whether it has been translated before. If it has, the previous translated is retrieved from the database. Also retrieved are any documents that contain five or more of the same sentences as the new document; a copy of any leglisation that is mentioned in the new document; and a machine translation as well.

All this is routed via the EU's self-built workflow system to one or more of the translators, who work in language-specific teams.

The translators use Trados, the translation support software from SDL, to help them as they work through the document. When a translator is looking at a particular sentence, Trados brings up any relevant sentences that were retrieved from Euramis, and the machine translation too. The idea is that they can check the previous sentence to see if it can be reused, or reuse parts of it in a new translation.

Another system allows translators who are working on the same document to collaborate in real time. "It can be very annoying for the author of a document if there are 22 translators asking the same questions," explains Josep Bonet, head of the IT unit at the EU's directorate-generale for translation. "But if one translator asks a question and gets the answer, they can write in the collaborative space and then all the others know the answer immediately."

All of this is design to speed up the time it takes to do the translation.

The DG Translation is currently in the process of upgrading its Trados implementation. The old version works as a plug-in for Microsoft Word, meaning that translators are obliged to work in the word processing package, Bonet explains. The new version works with XML data extracted from documents, so the translators do not have to worry about formatting or the risk of file corruption.

Another important characteristic of the new version of Trados is its application programming interfaces (APIs), which will allow more effective integration with the back-end systems. "We are currently using Word macros for integration, which is not great," Bonet says.

The APIs will be especially useful when the DG moves its workflow infrastructure to a service-oriented architecture (SOA) later this year. Bonet says the SOA implementation will allow it to build more sophisticated workflow functionality, accelerating the distribution of documents to the various translators.

Furthermore, the combination of the new API-enabled Trados and the SOA infrastructure will allow managers at the DG to track the progress of translation work in real time, he says.

"At the moment, if a top manager want to find out how much of a big dossier has been translated, you have to go and ask the translators," Bonet explains. "And as our new director-general pointed out recently, the answer is always 'It's almost ready'."

The Trados system tracks the progress of the translator in real time, and pulling that information together will allow the department "to be more reactive to changes in priorities," says Bonet.

The aim of these upgrades, he explains, is "to improve the quality and the consistency of our production and allow better management of the translation workflow".

That goal has become especially urgent since the EU leaders agreed a 5% budget cut in February 2013. It is not clear exactly how that will affect the DG for Translation, Bonet says, but one thing is certain: "We need to find better and more intelligent ways to do our work."