How IT is changing the legal sector 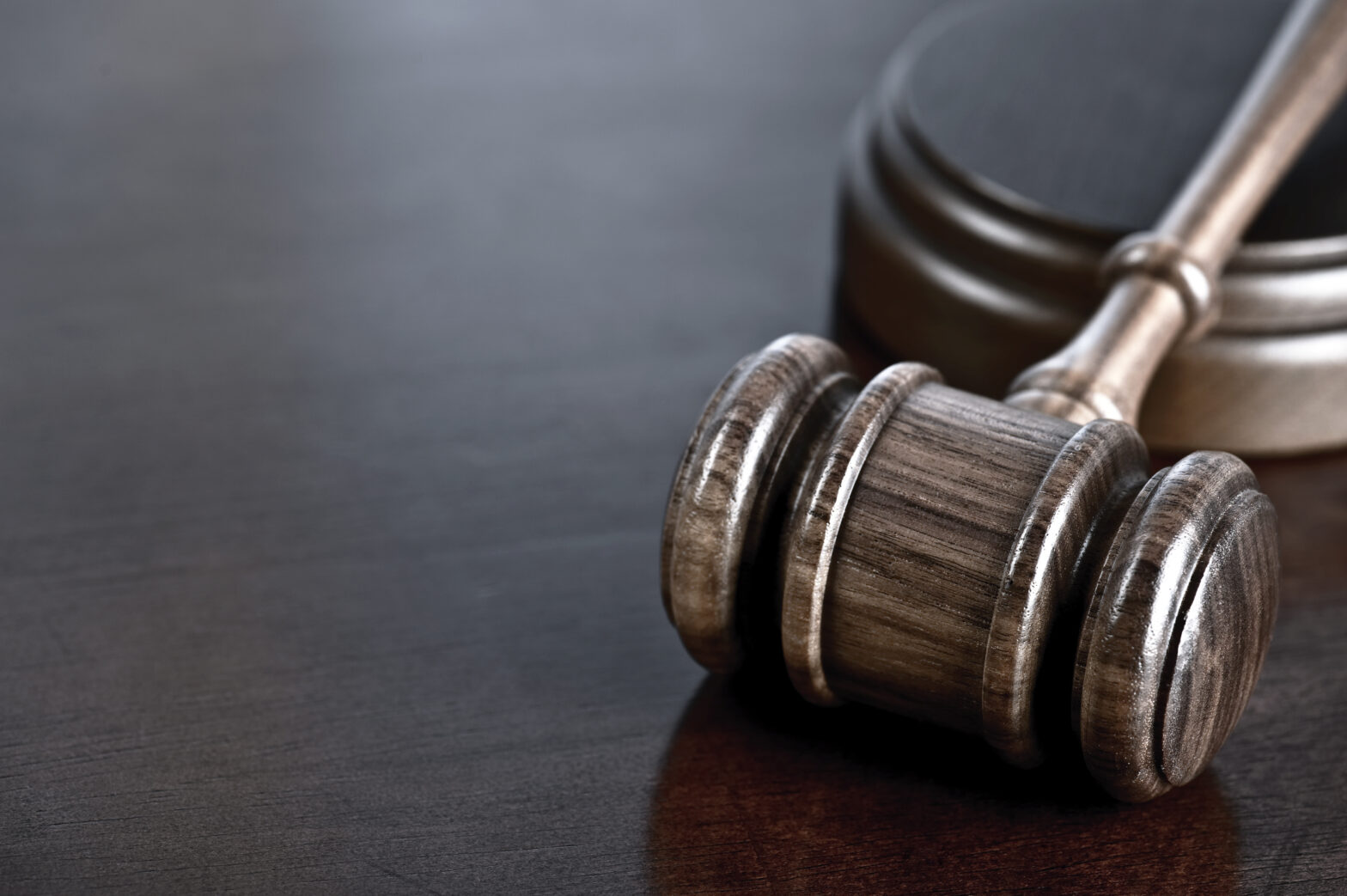 Given that knowledge and documents are its bread and butter, it is perhaps surprising that the legal sector has historically been rather slow to adopt information technology.

This may be because of the significance of precedent in legal culture. It may be because law firms have traditionally charged clients for their lawyers’ time, and have therefore not always been motivated to accelerate business processes.

But the backward-looking, manually managed law firm is now a thing of the past, consigned to the dustbin of history by a number of critical drivers.

One, of course, has been the recession: Although many law firms have thrived during the downturn thanks to their particular practice areas, others have suffered heavily. Halliwells, for example, once one of the UK’s top 50 law firms, went into administration in July 2010.

The recession has only accelerated the second driver, namely the technology-led commoditisation of legal services. The ability to assemble ever more sophisticated legal documents automatically means that many of the legal sector’s traditional revenue sources are under constant price pressure.

A related development is the increasing use of fixed fees for certain categories of legal work. Once a fee is fixed, the firm’s profit depends on its ability to provide services cost effectively.

A fourth driver is the growing technological sophistication of clients. Not only are they increasingly concerned with the way in which their information is handled by their law firms, clients are also demanding instant access to both documents and lawyers.

These drivers are forcing law firms to become more businesslike and more competitive, and to focus on a quality that may not have been prioritised in the past: efficiency.

“Law firms are under such pressure from clients and other firms that you’ve got to find ways of being as efficient and as productive as you can,” says Derek Brookes, IT director of corporate law firm Manches.

For the IT departments of law firms, that means making information as easy for lawyers to access as possible and removing from their workload anything that can be automated.

Much of what a law firm does is rather different from conventional business operations. Historically, therefore, the legal sector has been served by specialist software vendors selling niche applications. These include practice management systems (used to manage the finances of a law firm) and matter management systems (used to manage the documents and resources associated with a particular case).

The legal software sector has not seen the same supplier consolidation that has defined the mainstream enterprise applications business in the past ten years, which means that vendors and their products are still arranged in functional silos. This in turn means that law firms’ information assets are often similarly siloed.

According to Nick Taylor-Delahoy, IT director for commercial law firm Mishcon de Reya, this gets in the way of what he describes as ‘knowledge arbitrage’, the ability to get the right information to the right lawyer at the right time for the client.

“The knowledge that you have locked away in your IT systems is an extremely valuable resource that you need to get hold of and manipulate in sensible and meaningful ways,” he says.

However, Taylor-Delahoy laments, the matter-centric systems that the software industry has sold constrain firms to a case-by-case view of their own information. “Instead of having a matter-centric environment, we want to have an X-centric environment, where X can be a client, a referrer, a partner or an individual fee earner. We want to design our systems so that we can slice and dice our knowledge and information in any way the lawyers need.”

To achieve this, Mishcon de Reya is currently undertaking a systems integration project that will help it to “pull together all this disparate information into sensible pages of useful knowledge”.

Part of this project sees the firm combine search technology from legal software provider Recommind with Microsoft’s content management and collaboration platform SharePoint to create a single portal for key information. The resulting system, Taylor-Delahoy says, will allow a fee earner to find as much information associated with a given matter as possible, including relevant legal precedents, financial details of the case and whether any other fee earners within the firm have relevant experience.

“We’re using the system as a knowledge portal for internal know-how and external sources such as [legal information provider] LexisNexis,” explains SJ Berwin’s business innovation team manager, Terry Lawley. “Previously, lawyers would search numerous sources with the same query, looking for knowledge. Now, one query will search many sources and bring back the relevant information in one interface.

“That improves the speed and efficiency of the service that our lawyers can provide,” Lawley explains. “It has been very well received.”

Troubled economic times have forced firms to focus on the financial aspects of legal practice, especially the profitability of current and prospective work. Again, the separation of practice management systems from other applications limits their ability to do so, but that is starting to change.

DWF is a UK-based firm that, thanks to its insurance and employment law practices, has grown during the downturn. Having accumulated four different practice management systems through acquisitions, two years ago the firm decided that it needed to standardise on a single system.

The firm selected a practice management system from Thomson Reuters, which along with Aderant dominates the UK market.

But before the implementation went ahead, Thomson Reuters offered DWF the opportunity to become an early adopter of its then forthcoming Elite 3E system, an opportunity that the firm took up.

Last year, DWF became the first firm worldwide to deploy Elite 3E. According to DWF’s IT director, Philip Whitehead, the application is “closer to an enterprise accounting system than anything we’ve seen before in the legal market. It’s not a competitor to [ERP applications] SAP or PeopleSoft, but it’s moving in that direction.”

What attracted DWF to Elite 3E was the breadth of functionality available in its various modules. These include a profitability module, which gathers together information such as the hourly rates of the various fee earners and the business overheads associated with certain work in order to calculate the predicted profit for a given job. This has allowed DWF to impose a profitability threshold for work it will undertake.

“It’s more than just an accounts system,” Whitehead says. “It touches a lot of different areas of the firm.”
Manches, meanwhile, is about to embark on a strategic review of how the firm operates “from top to bottom and bottom to top,” says IT director Brookes. The outcome of that review will direct the firm’s IT strategy for the coming years.

Brookes is certain of one thing, though – that the firm needs a new practice management system. “Our hands are totally tied with our current system,” he says. “It’s ten years old and it’s due for replacement.”

What Brookes will look for in its replacement will be cross-functional integration, he says, especially with the firm’s CRM systems. “Those two things need to be seamless as far as the user is concerned in terms of where the data and information is.

“All law firms have this problem of application silos,” Brookes explains.

“We want to look at systems that allow information to be easily moved around and put in the right places at the right time for people, instead of them having to rekey it and getting annoyed about rekeying it.”

In future, Brookes also expects Manches to adopt more automation, of which he believes the firm has “not done enough yet”.

“We don’t want our lawyers to be wasting their time doing things that could be done for them, either by technology or by other human beings where it’s needed,” he says. “We want them to do what they’re good at and earn their fees.”

Automation technologies such as document assembly (itself one of the drivers of the commoditisation of legal services) are well established at many firms. But Mishcon de Reya’s Taylor Delahoy argues that increasing competition in the sector and a growing focus on profit oblige all firms to pursue even greater efficiency improvements.

“We need to be able to turn a profit on work that we would have previously only broken even on,” he says. “And by increasing our internal efficiencies, through technologies such as document assembly, we can reduce the amount of time an individual lawyer has to spend on a piece of work.”

“We are using document assembly across the firm for complicated, routine documents that we do a lot of but that take time to produce,” Delahoy explains. He adds, though, that automating work only generates profit if the lawyers’ time can be used productively elsewhere. “You have to make sure that people are productive all of the time.”

SJ Berwin, meanwhile, has applied workflow technology from Metastorm to automate and streamline some components of the procedures by which it launches new cases. “It’s made the whole process faster and more efficient,” says Terry Lawley.

While some firms embrace IT more willingly than others, the perception of the law as a laggard sector is no longer justified.

“Firms at the upper end of the market certainly see technology as an enabler,” Lawley explains. “If you look at the top 20 law firms and firms in the next tier down, there is a significant difference in profitability. There are lots of reasons for that, but the speed at which those firms embrace technology is definitely a part of it.”

According to Manches’ Derek Brookes, one silver lining of the recession has been that it has forced law firms to become more business-minded. That, he says, has given support departments such as IT a greater say in operational strategy.

“When it was easy to make money, the ideas of non-lawyers could easily be dismissed,” he explains. “But when times are tough, people who have got ideas and want to make changes to benefit the business get a better hearing.”

Along with their peers in HR and finance, Brookes says, IT executives in law firms are now being listened to more than ever before. That, more than anything, may spark a technology-savvy future for the legal sector.