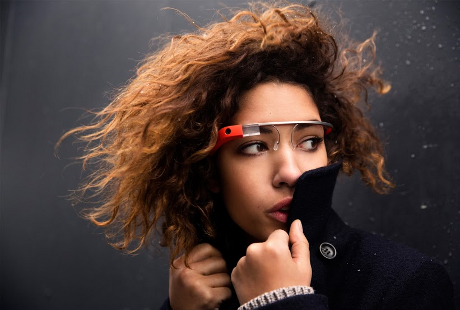 Over the past five years, the consumerisation of IT has led businesses to keep one eye on the consumer electronics market and its emerging developments.

No-one would question the impact of Apple's iPhone and iPad on enterprise IT. Between them they have blown open the end-user device environment, not only to non-Microsoft operating systems but also to employee-owned equipment.

Google Glass, the search giant’s new web-connected spectacles, shows every sign of being the next big thing in consumer tech – at least, if market buzz is any predictor of success.

So what are the potential enterprise applications of the system?

The device overlays information and images over the wearer’s line of sight, and is controlled by voice commands. This means it could be a cheap alternative to the kind of heads-up displays currently found in high-end cars, says Richard Edwards, principal analyst for consumer IT and integrated media at Ovum.

“Heads-up displays let you check speed and see messages reflected onto the windshield to save you taking your eyes off the road," he says. Google Glass could provide a cheap alternative for commercial drivers, or even ambulance drivers.

"If I were a physician, and I wanted to get a second opinion on a client or patient with a colleague, using something like Google Glass could be very powerful" he says. "It's unobtrusive and doesn't get in the way with the rapport that the doctor is trying to establish with the patient."

Glass could provide a new platform for collaboration, Edwards says. Google has demonstrated how the device can be used to participate in to Hangouts, the multi-user video chat service that's built into its Google Plus social network.

"Glass may allow us to hold immersive meetings without having to use expensive equipment common in high-end video conferencing suites," says Edwards.

Those are the native features of the device but Glass, which runs on the Android operating system, will also allow third parties to develop applications.

Some software companies have already expressed an interest in Glass as a platform. Dutch CRM software vendor Archie Europe, for examples, last year announced that it is investigating the possibility of using Glass for facial recognition, allowing business users to identify contacts in the cloud.

As with any device that carries applications, the appeal of the device itself will rely on the vibrancy of the ecosystem of apps. "While Google Glass offers the ability to extend the reach and range of computing activities even further, how useful it will be depends on apps available.”

That in turn depends on how attractive it is to software developers, which is a primarily a function of how many people use it.

And while Google has successfully drummed up some excitement about Glass, mainstream adoption is by no means a foregone conclusion.

One of the main concerns is privacy – the device allows the wearer to record video discretely, something that could prompt a public backlash.

Other fears concern Google itself. All the data collected by the Glass device is stored on Google’s cloud, as it contain no local storage. Google’s reputation for privacy is not without blemish, and whether consumers trust the company with such a privileged view of their private lives remains to be seen.

In all, Glass’s viability as a business tool rests on its acceptance as a consumer device, Edwards says.

"Every corporate employee is first and foremost a consumer, and we carry our habits into the workplace," he explains. "The device's disruptiveness will come down to a combination of the its capabilities, the apps that run with it and our acceptance of that technology as a community.

“As always, technology is not the arbitrator of good or evil, it's how as human beings we put it to use.”