How to minimise risk during Microsoft’s software licensing reviews 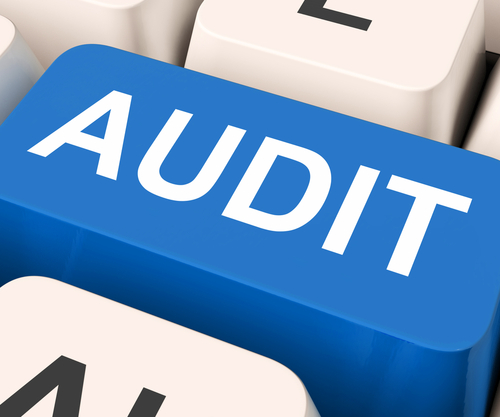 As with any organisation, as Microsoft approaches the end of its financial year on June 30, it will be ramping up its sales activity, with many new licence agreements being signed.

With this increased activity, there is more room for error and customers inadvertently licensing their new software deployments incorrectly.

In order to help avoid this situation, Microsoft and its partners will be working closely with customers to review – or audit as it is more commonly known – their software deployments and agreements.

In fact, a recent research report found that Microsoft is the most rigorous of the software vendors when it comes to licence audits. 67% of businesses that had been audited within the past two years reported being audited by Microsoft, compared to 42% of businesses that had been audited by Adobe, the second most common auditor.

Furthermore, the report revealed that those organisations that had a licensing shortfall at the conclusion of the audit paid out an average of over £300,000 in order to rectify the situation, demonstrating that there is a clear financial risk for those that fail to prepare.

With this in mind, it is imperative that organisations with considerable investments in Microsoft software are fully prepared for the possibility of an impending audit and are compliant with the terms of their licensing agreements.

As such, they should adopt a more structured approach to IT asset management, and can take three basic measures in order to reduce their exposure to financial risk.

First of all, it is essential to know exactly what software has been deployed across the organisation. But a one-time inventory will not suffice; inventories must be updated continually and reconciled with purchasing data in order to uncover and rectify licence shortfalls. Express Metrix recently introduced a free licence compliance tool to help IT teams generate reliable reports showing their current inventory.

When faced with an audit, it is easy to end up panic-buying licences in order to guarantee compliance and avoid fines. By understanding how software is being used, by whom, on which devices and from which locations, companies can avoid being pressured into wasting money on software that's simply not needed. Software usage data can also help determine which software can be decommissioned or redeployed more effectively in other areas of the business.

The most effective way to prepare for a vendor audit is for IT teams to ensure they have a solid understanding of their licence agreements and product use rights. By ensuring that software is deployed accordingly with its licensing terms, organisations can significantly minimise their risk in the event of a vendor audit.

>See also: Revenge of the CIO: the new chief enabler

It is not only Microsoft's audit teams that ramp up their activities towards year end – Microsoft sales teams are also driving ever harder to ensure they make their end of year numbers.

As such, this is the perfect time of year for businesses to invest in new Microsoft software and negotiate for more favourable contracts, as account reps are likely to be looking to close their deals before the end of June.

As a result, rather than focusing solely on the negatives, organisations should also be taking this opportunity to plan out their technology roadmap.

They should look to identify any upgrades or investments they plan to make over the coming year, as they may be better off buying those licences now, rather than waiting.

When considering which new technologies to introduce, it is important that businesses have a certain understanding of how technology is being used throughout their organisation.

By looking at usage trends, it is possible to identify areas that could benefit from new technologies; such as, cloud. Without this usage data, forward planning is being based on little more than assumptions and gut feeling.

At the end of the day, businesses have a responsibility to understand how software is used in their organisation and ensure that it is correctly licensed regardless of how likely it is that they will be audited.

The simplest way to avoid unbudgeted spend caused by erroneous software licensing is to ensure that the organisation has the ability to track its software assets and their use.

This in turn will enable them to ensure that the organisation is correctly licensed in line with the terms of its software agreements.

Ultimately, those who are better prepared can spend less time worrying about keeping the auditors at bay over their old software packages and more time looking at how their organisation can be more innovative by negotiating for more favourable deals on new technologies.