How mobile has transformed money lending 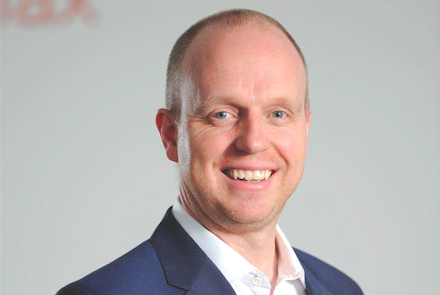 Anybody who has borrowed money from a home credit provider is likely to have dealt with Provident Financial.

In 2013 it was reported that out of an estimated 3 million people in the UK who borrowed through the non-standard lending market, 1.8 million did so with Provident. Two years on, the company counts 2.5 million customers on its books across the UK and Ireland.

And in a very old-fashioned industry, Provident was about as old-fashioned as you can get. From 1880, when it was established in Bradford, to about a year ago, its vast network of local agents went about their business in almost exactly the same way.

The self-employed agents would attend their local branch on a Thursday to pick up their ‘collecting list’, which was an A5 piece of paper that detailed the loans their customers had. They would then visit those customers to make the loan collections and note down how much money they received.

>See also: 3 steps to futureproofing a business with digital transformation

If a customer wanted another loan at this time, they could fill out a form on a big sheet of multi-carbon paper and sign it around 30 times.

Then, on a Tuesday, the agent would wander back into the branch and hand over all that paperwork to a clerk, who would enter it into Provident’s core IT system. After a day of processing, the routine would start again.

Out with the old

It’s not difficult to spot the inefficiencies in the system – particularly in an age where digital reigns supreme. In 2013, Jono Gillespie, technology and change director of Provident’s consumer credit division, thought it was about time something was done about it.

A chartered accountant by trade, Gillespie had previously been the division’s finance director, but his love of technology had led him to the new role. After spending his first year in the job becoming accustomed to his back-end IT environment, he was ready to enact some change.

‘It became fairly obvious that we could do a lot more than we were doing,’ he tells Information Age. ‘The first thing I figured we could do that wouldn’t necessarily be a massive change was, instead of the agent physically having to pick up paper, we could put something into a smartphone app that had all the information they need.

‘They could then just tap the information into the smartphone app and that would get uploaded into the system automatically, which would cut out the middle man.’

Gillespie floated the idea to the division’s managing director at the time, but the reaction was only ‘lukewarm’. A few unsuccessful ‘experiments’ hadn’t particularly endeared the MD to technology-driven change – even though the last attempt was around a decade ago.

To support his case, Gillespie approached an app development house to put together a prototype app, called ClipApp, for agents’ smartphones that he could show to his management.

‘We built that very cheaply and I brought it back to show the group board guys and a few other guys, who immediately saw the value,’ says Gillespie.

The positive feedback allowed Gillespie and his team to trial the app with agents and managers in Provident’s Dewsbury branch.

‘There were mixed views, as you might expect,’ he says. ‘The guys who were a bit younger or had smartphones were “wow, let’s do this now”, but the people who had been agents for more than 30 years and had a smartphone but didn’t necessarily know all of its functions had much more trepidation about what might happen.’

Around that time, a staff reshuffle saw Mark Stevens, who was previously the division’s commercial director, become the new managing director. This marked a clear turning point.

‘Mark was much more digitally minded and very supportive of me to give it a go,’ says Gillespie. ‘So we set up a pilot and took the wireframes that we’d outsourced initially and started to build it ourselves as a relatively small team within my IT and change team.’

Over a period of three to four months, Gillespie’s team rolled out a pilot to ten local branches and, slowly but surely, created a culture change.

Agents soon realised the time savings that the app allowed, as well as the reduced room for error and their new-found flexibility to work at the hours that suited them.

Well, half of them did, anyway. Inevitably, there was resistance – and Gillespie found that at five of the branches all of the agents were using the app, but at the other five there was barely any usage at all.

‘So we went to those branches to chat to them about it, and it was just a genuine fear of change because they’d been doing it the same way for ten years,’ he says. ‘We were really patient, and I think we communicated really well. Then, when they did start using it and enjoying it, we used them as advocates.

‘We had a couple of handfuls of people who really just didn’t fancy the challenge and change – although I suspected they might have been looking to leave anyway, and this was an opportunity – but it was a tiny minority.’

In February 2014, Gillespie and his team were ready to roll out the app to all of Provident’s branches.

Around the same time, they also decided they wanted to change the way that Provident’s branch managers worked as well.

Having realised that every branch had their own favoured ways of doing things, operations director Andy Parkinson launched a culture programme called ‘One Best Way’ to get everybody using the same processes.

‘Working with Andy, we looked at our managers and realised they were very much branch-based and had pretty old-fashioned desktop computers,’ says Gillespie. ‘So when they wanted information about any customers who might be struggling with a payment or wanted another loan, they had to drive to the branch, log in to the system, get that information out, drive to the customer, have a discussion, and then drive back to the branch to update the system.’

Building on what he’d done with ClipApp, Gillespie purchased around 1,500 iPad Minis and loaded them with all the information and tools that the managers require.

This time, the basic training and knowledge-sharing process was carried out over just three days – followed up with more intensive training as needed.

‘Essentially, we wanted our teams spending more time helping customers than travelling back and forth to branches and printing paper out,’ says Gillespie. ‘Our purpose for the consumer credit division is to provide a helping hand when others don’t. With this, we have all the information and tools we need to help the customer right now on the iPad.’

Within three to four months of the launch, Provident Financial’s consumer credit division had, in Gillespie’s words, gone ‘truly mobile’.

Nobody was printing or collecting lists anymore – or travelling back and forth to branches – with the time saved allowing agents and managers to see more customers. And the benefits were seen directly on the bottom line.

‘Prior to that point, we’d seen reducing profits,’ says Gillespie, ‘but the technology, coupled with Andy’s One Best Way programme and the sharper focus he put on key performance elements, resulted in us turning around that profit decline and things really started to improve.’

>See also: How to overcome the barriers to digital transformation

The full roll-out of ClipApp, along with the recent launch of a new lending app, has negated the need for a clerical team because there is no longer any paperwork, striking more than 1,000 salaries off the balance sheet.

Gillespie’s 120-strong IT team has grown from two in-house developers to 60, but these costs are more than covered by the savings acquired.

‘Our recently published interim results show around a £14 million annualised saving going forward from this project, so even though the 60 developers cost us money, it is nowhere near as much as we are saving,’ says Gillespie.

Meanwhile, the cost of the iPads and app development were funded through removing the impending need for a desktop refresh at the local branches.

Once things like Microsoft Office and security software were factored in, the costs ran to about £1,000 per unit, whereas the iPad Minis were acquired for just £500 per unit.

‘I guess that’s where my experience as an FD helped out, because I was able to put together a pretty tidy business case,’ says Gillespie. ‘The investment case was instant – I didn’t have to do any of that top-line benefits tracking, such as “I think this will improve efficiency and allow us to recruit more customers”, because I was able to straightaway show a big saving on just the desktop refresh.

‘And, actually, the remainder of the cash for the desktop refresh pretty much paid for the development of ClipApp as well. So all in all, we covered the costs by just reducing the costs in other areas.’