How to solve technologys gender conundrum 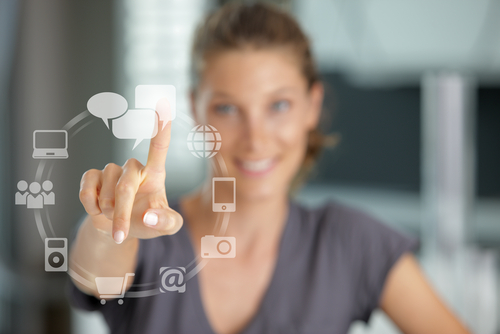 How do we solve the talent problem facing the UK’s digital economy?

That’s the number of skilled digital workers we need in the next two years, according to O2’s 'The Future Digital Skills Needs of the UK Economy' report.

The problem may be complex, but one thing is clear: our current strategies aren’t working.

How the UK tech industry attracts and retains talent is going to require fundamental re-engineering if we are to boost the talent pipeline.

We all – industry, recruiters, government, teachers and parents – have to play our part.

One place to start? Women and minorities remain disproportionately underrepresented in STEM fields. Unlocking this huge wealth of talent is essential if we are to reach our tech talent targets.

In particular, the underrepresentation of women is well-documented. There is broad agreement that this is a huge stumbling block to progress.

So why haven’t we yet successfully tackled the diversity imbalance in tech? And what can we do about it?

Canaries, communication and working on the frontline

According to a 2015 WISE report, only 14.4% of the UK's STEM workforce is female. The need for more women in STEM has never been so apparent, yet women remain significantly underrepresented in these fields.

The first explanation for this scenario has to do with communication – the tech industry has often struggled to engage effectively with women.

Despite being well intentioned, IBM’s controversial #HackAHairdryer and EDF’s Pretty Curious campaigns highlight the importance of understanding an audience before communicating with it.

Critics argued that campaigns such as this ostracise women from tech further, as they appear to perpetuate the very gender stereotypes they intended to address.

Understanding a female audience, and making sure women are central to the development of such campaigns, is essential to ensuring they don’t do more harm than good.

Secondly, a further obstacle is the divide between what industry perceives as being effective interventions, and what actually works.

Collaboration with organisations on the frontline is critical to getting this right.

Inspiring girls into STEM careers isn’t about pink branding. It’s not about reducing tech careers to taking apart gadgets that are seen as girly. It’s about understanding what changes the behaviour of potential tech trailblazers of the future – what will nudge them to learn coding, or not drop A-level Science.

Exposing girls to inspiring women in STEM, the creative possibilities of tech and the range of career options these fields offer are excellent places to start.

Face-to-face interactions between girls and female STEM role models are critical to affecting patterns of educational choice and turning the tide of the underrepresentation of women in STEM, according to a 2012 Kings College London ASPIRES report.

Central to Stemettes’ work is providing girls with regular, free events at which they can do just that. These range from hackathons to Outbox Incubator, which enables young female STEM entrepreneurs (girls aged 11-22).

In addition, Stemettes has recently launched a mentoring and sponsorship programme, Student to Stemette, which pairs girls interested in STEM with female role models who can guide them through the early stages of career building.

Importantly, attracting women into tech alone is not enough. We need to examine what needs to be done to keep them there.

In a brilliant piece to mark Ada Lovelace Day, New Statesman journalist Barbara Speed recounted a superb metaphor used by software engineer Kate Heddleston, describing women as being the proverbial “canary in the coal mine”.

“If one dies,” wrote Speed, “surely you should take that as a sign that the mine is uninhabitable – that there’s something toxic in the air. Instead, the industry is looking at the canary, wondering why it can’t breathe, saying ‘Lean in, canary, lean in!’.

“When one canary dies they get a new one because getting more canaries is how you fix the lack of canaries, right? Except the problem is that there isn't enough oxygen in the coal mine, not that there are too few canaries.”

The issue, it is argued, is not women – it’s the environment that has been created within the tech industry. From examining workplace culture (which in the largely male-dominated tech world can be perceived to ostracise female employees) to rethinking recruitment procedures, each component of the hiring and retention process requires careful re-examination.

Time is running out – so how do we get started?

The vision of a grossly under-resourced UK tech industry is sobering. But there is good news: there are a multitude of indicators that suggest that times are changing.

Recently, there has been valuable recognition from government of the seriousness of this problem. The 2015 Autumn Statement made specific mention of STEM (although much more still needs to be done to boost spending towards initiatives promoting participation in STEM), and the digital skills gap is currently the focus of a parliamentary enquiry.

Last week, the London Assembly released the Mayoral Manifesto on the digital economy, setting out steps the current and future mayor should take to address the skills gap.

Progress from a policy perspective is encouraging, but there is an inevitable lag between parliamentary discussion and changes in practice.

When it comes to tackling the tech talent problem, the UK doesn’t have the luxury of time. Businesses need to be empowered to make changes today.

A number of excellent initiatives have been launched this year to enable companies to do just that. One such example is an excellent report and set of best practice guidelines, ‘Progressing Women in STEM roles’, compiled by The Institution of Engineering and Technology/Prospect.

In addition, the newly launched Tech Talent Charter seeks to encourage businesses to publicly commit to meet certain diversity goals, and support them as they do so.

The Tech Talent Charter, initiated and written by Monster.co.uk with the support of organisations such as Stemettes, offers businesses and recruiters a roadmap for tech talent best practice.

The Charter seeks to encourage companies – from SMEs to large corporates – to publicly commit to a list of initiatives that will improve attraction and retention of women in tech. Among them is the adoption of the “Rooney Rule”, which requires interviewing at least one female candidate (where available) as part of the recruitment process.

Central to the Charter is a series of work streams – from marketing and promotion to annual reporting and measurement. Each will provide support, information and guidelines needed to help organisations implement the Charter’s commitments.

In June 2016, organisations who this year expressed their intention to become signatories will be asked to commit to, and implement, the Charter's protocols.

To ensure as wide a range of organisations are able to be involved as possible, the Charter has been structured to enable companies of varying sizes to meet the commitments it sets out. From major tech corporates to frontline organisations to start-ups, there is a role for everyone to play.

It will require a sincere, comprehensive and sustained effort if we are to unlock the pool of underutilised tech potential in the UK.

This is no mean feat. But all our futures will be brighter for it.