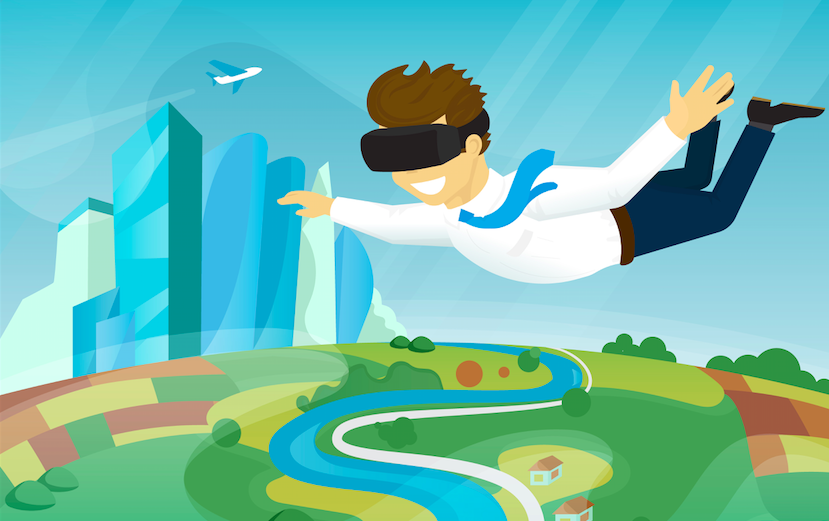 The explosion of video consumption and the different ways that people now view content has caused internet traffic to grow exponentially. The broadcasting world has evolved and, with it, consumers are viewing less broadcast content and more ‘individual’ content. But viewing habits are set to evolve further, as new technologies enable broadcasters to deliver richer viewing experiences across multiple platforms.

One natural evolution for broadcast is the development of more immersive entertainment experiences such as virtual reality (VR). A concept originally associated with 1950s science fiction, VR is set to make a comeback.

p>Initial attempts at crafting the technology failed to take off, with the Virtual Boy headset by Nintendo being a prime example. Virtual Boy is thought to be one of the only products designed by Nintendo that has failed – it was discontinued after one year following an influx of customer complaints.

However, where Virtual Boy failed, Oculus Rift, Project Morpheus and more are gaining momentum, democratising VR and taking it into consumers’ living rooms. In fact, a report by CCS Insight predicts that augmented and VR hardware will become a $4 billion market by 2018, increasing from 2.2 million shipments to 20 million in the next three years.

Understandably, VR is a concept that many people are extremely excited about. The idea of being immersed in a 3D virtual world within a film, a game or even another location in the ‘real world’ is a classic tale of man meets machine.

Using the example of gaming, VR means that gamers can potentially be fully immersed in their game of choice, and imitates the experience of being the character that they are controlling – whether that’s a Call of Duty soldier, a FIFA footballer or a driver in Need for Speed Rivals.

Importantly, when VR is done right, it can create incredible results. Some brands are already taking advantage of recent developments in the technology by doing live events.

Topshop, for example, collaborated with a 3D agency during London Fashion Week to treat fans with a virtual experience at a live-streamed fashion show.

Fans could put on one of five Oculus Rift VR headsets placed in the window of the fashion retailer’s flagship store, enabling them to experience a 360-degree virtual view of the live catwalk show and all that comes with it, all from the front row.

Then there’s Red Bull and its plans to launch a full-time linear TV channel next year, which will enable real-time broadcasting and video distribution, and optimise the consumers’ viewing experience.

Included in this, Red Bull’s CTO Andreas Gall is looking to bring virtual reality elements and 360-degree experiences to its sports, music and entertainment content.

Imagine putting on a headset, which transforms your surroundings and puts you in the midst of your favourite band performing to a crowd on their headline tour, live. This is what Red Bull will make happen for its users regularly.

However, to provide this experience to customers, anyone looking to mix live experience and VR will require premium quality video delivery and a fast and reliable connection.

This means that network providers need to provide greater quality connections. They must have faster, more robust and intelligent networks in place, with better consistency and lower latency to prevent a stop-start and delayed connection that could destroy the experience.

In the future, as VR and other immersive technologies begin to reach the masses, the next natural development will be for these technologies to go mobile. The 4G connection that connect today’s mobile users to the internet will not be able to handle the level of connectivity this VR development will require.

There must be more advanced networks to deliver the quality that these immersive experiences will demand. Therefore, it’s crucial that the connectivity that supports this technology creates a seamless user experience.

There is no denying that the predicted influx of VR will be a test for global network providers, but it should also be seen as an opportunity. Europe is expected to be the largest test bed for these technologies, and its success will be largely dependent on connectivity that enables it to flourish.

However, while the initial pressure may fall on network providers in Europe, in time VR will become a global phenomenon. In practical terms, this means that global providers need to prepare for the impact on all regions.

While there has never been greater strain on global connectivity providers, the sophisticated infrastructure that connects the world today should not be underestimated.

There has been a high level of investment to engineer networks that are advanced enough to sustain factors such as population growth, and that have the capabilities to carry VR to homes and communities around the world. But there needs to be an understanding of the demands this rich traffic will place on networks, to ensure that networks are smart enough and robust enough to provide the user experience consumers expect.

There must be a focus on unlocking networks that are capable of delivering VR in a way that is ubiquitous and highly reliable. Only this will finally make a technology that was dreamt up 60 years ago a reality for the masses.