How the world’s oldest railway is going digital 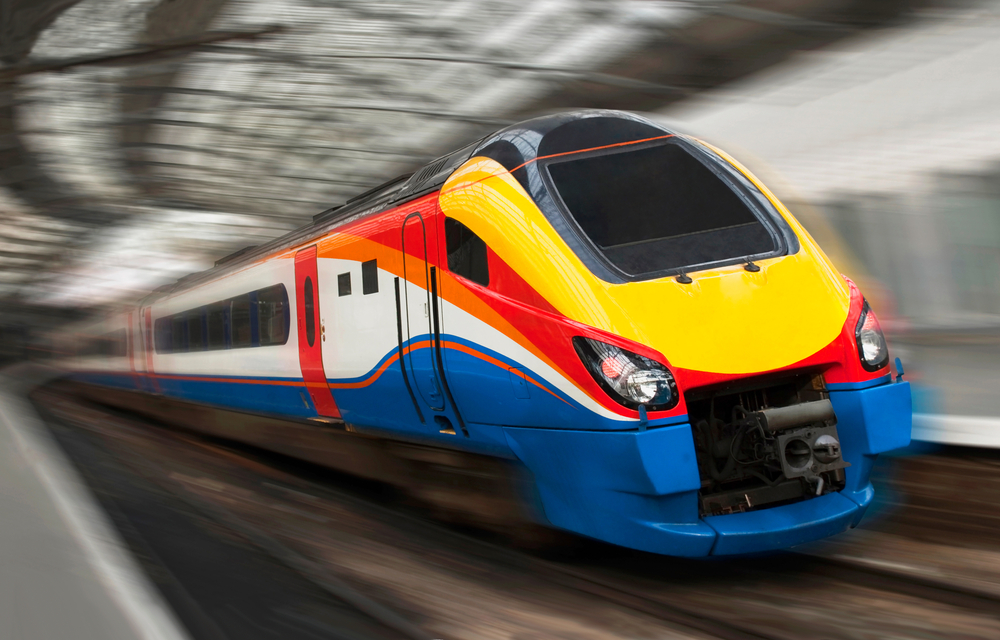 A traditionally conservative sector, the rail industry now stands on the precipice of change. Consumers are constantly calling for a better journey experience, whilst Original Equipment Manufacturers (OEMs)) and Train Operating Companies (TOCs) are looking to make operational efficiencies at the same time as reducing their maintenance costs. These factors are driving innovation in rail, with technology being made available to address the challenges.

Today, customers are disrupting the rules; they’re informed, connected and have high expectations. This ‘culture of immediacy’ – whereby customers expect desires and feedback to be acted upon swiftly – has already infiltrated the rail industry, with passengers demanding a better service for the fare they’re paying.

Thanks to the proliferation of social media, if they don’t receive satisfactory customer service, it’s very easy for them to complain, in a very public arena. In fact, over 280,000 delay-related tweets were posted by frustrated commuters last year.

> See also: Inside Network Rail’s £1 billion IT budget, and CIO Susan Cooklin stands up for women in tech

Since British Rail was privatised in 1993, there has been an increasing level of competition between train operators, and so if passengers aren’t happy with one service, they’ll look for alternative routes. The pressure is therefore on operators to keep prices down, whilst equipping the trains with the latest technologies to keep passengers informed with service updates and entertained throughout their journey.

Driving efficiencies up and costs down

In 2010, the government announced plans to increase the length of rail franchises – from an average of seven to eight years to a minimum of 10, with a chance to extend them up to 22 years. As a result, operators are becoming increasingly focused on gaining long-term operational efficiencies, to ensure the train fleets, often 20 years old or more, retain their value to sell on at the end of the franchise.

And for the OEMs, if they own the after-sales service contract, their efforts will be on minimising the maintenance costs to increase their profits. So what kind of technology solutions are being introduced to help address these challenges?

Operators such as Virgin Trains and East Cost have already installed equipment to provide Wi-Fi on-board their trains. While offered as a free service in first class, standard class passengers have to pay a premium.

However, the government has just announced the roll-out of free Wi-Fi on more train services from 2017, citing on-board internet connectivity as being ‘vital for businesses and for individuals’. The service will initially be rolled out on services provided by TSGN, Southeastern, Chiltern and Arriva Trains Wales, covering more than 500m journeys a year.

Elsewhere, software is being installed on board trains to keep passengers up to date with the latest information on their journeys; including an estimated time of arrival at each station and any expected disruptions en route. Delays are inevitable, and often out of the operators’ hands. What they can control however, is the communication of that delay to the passengers and specifically, the length of time it will add on to their journey – valuable information that will make them feel more valued as customers.

Outside of the train, investment is being ploughed into the infrastructure to increase network capacity and performance and ultimately, to create an interconnected railway network that is now being referred to as The Digital Railway.

The Digital Railway programme aims to transform the UK rail network over the next 20 years. This will happen through the introduction of new technology that will remove the need for trackside signals, replacing these with safety critical signalling controls in the cab of the trains. Similarly, the numerous and dispersed control centres across the UK will be integrated into a handful of Regional Control Centres (ROCs).

This will enable regulation of the train service at a national level, further increasing capacity and performance. All of these initiatives will effectively bring each component of the train online, allowing departure times to be managed to the nearest second, speeds to be carefully regulated and the performance and condition of the systems and subsystems to be reported on a continuous basis.

Transforming the network into an Internet of Things

All of this new planned technology will be data rich and interconnected. Effectively, the UK rail network is preparing to become an Internet of Things, relying on big data to seamlessly link the customer through to the end service in real-time.

Furthermore, as each item of the network moves online, existing condition monitoring and Reliability-Centred Maintenance (RCM) systems will be further enhanced. This will have a direct positive impact on the operation of the network, providing real-time feedback to those responsible for delivering the service and ultimately to the fare-paying passenger.

The UK rail industry is going through a radical transformation, with conservatism being replaced by an ever increasing need to innovate and challenge the norm. Traditional organisational alliances are being matched by the introduction of new technologies, which together are making a more global interconnected transport industry entirely possible.