HP has run out of options: Dell’s commercial chief Marius Haas says outlook is grim for his former employer 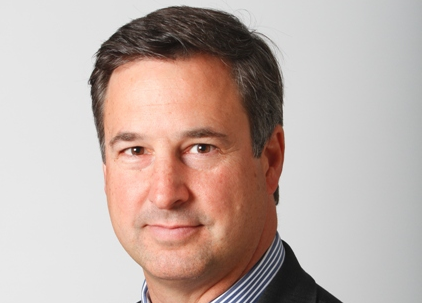 Much of the reason for Dell going private was attributed to the desire to restructure the organisation to help salvage the PC business and position the enterprise division for more growth. How is that going?

We’ve changed the operating model so two of us are responsible for all of the backend – supply chain, procurement, logistics etc. – of two divisions: enterprise solutions (me) and client solutions (Jeffrey Clarke). Then a year ago, I also inherited management of the front-end of everything. So in addition to my enterprise responsibility, I run the commercial sales organisation for the company worldwide, which is a pretty big change but it creates a very nice continuity.

A big part of the transformation we need to drive is around a solution-selling architecture, and changing and enabling the sales organisation to talk about a more workload-orientated, application-driven and business outcomes-driven organisation. I have so much more influence in being able to make that transformation in the organisation because I have responsibility to build out those capabilities for us. We’ve shifted quite a bit with a lot more visibility on an end-to-end basis – from product all the way to customer – so we can make everything more customer-centric.

Having worked at HP before Dell, do you believe the split of HP’s enterprise and PC divisions makes sense – and is it something that could also make sense for Dell?

I don’t think it makes sense. I think they ran out of options, to be honest. I remember when Léo Apotheker [former CEO of HP] announced it a few years ago and Meg [Whitman, current CEO of HP) called it a dumb idea. Three years later, we’re back to Léo.

Look at history: in the past 30 years, any IT solution provider that has sold off its PC division has not been able to successfully maintain a server division. The synergies of being an end-to-end solution provider is critically important in order to have the right scale across all the different business units.

The industry is migrating to a more converged-architecture strategy because more and more of the CIOs focus and care about security, cloud, big data and applications. They don’t want to have to worry about what sits beneath it from an infrastructure perspective; they just want to make sure it’s the best performing, gives them the most agility, and is the best cost that they can get on the planet. Dell will be the only end-to-end solutions provider in the industry that has all those pieces when HP splits up.

If you look at the rationale that they use – about being two Fortune 500 companies that will be able to make faster decisions – none of that is anything that they couldn’t have done as one company. The incremental cost and complexity of having two companies is a huge distraction. So we are very happy to become the only end-to-end solution provider in the industry, and will always be that way.

We’ve seen all the biggest IT players in the industry face the challenging transition from hardware to IT services. Where do you believe companies have got it right and wrong?

I think HP sits there as IBM envy. Everything they’re doing is to look and feel like IBM, but at the same time IBM’s results haven’t been all that compelling. So I think they’re both chasing old IT.

I think we’re in a perfect spot in the sense that we don’t want to be an application provider. We think we’ve got all of the key pieces in the portfolio and we believe we can hit the value proposition for any sized customer. If you look at it today, our business performance is better than it’s been in a decade, so the alignment of strategy, clarity around priorities and execution, and a good solid operation model is really paying off.

Where is the enterprise division sitting in terms of revenue compared to the rest of the company?

Dell revenue has been around the $60 billion mark for a few years. Can we expect to see that rise now?

We are growing exponentially. We had a decline in our PC division when we were still a public company and the whole market had a decline. We’ve seen a nice resurgence in the PC space but now we’ve seen an acceleration of growth in the enterprise space. We’re growing at multiples of market across our servers, storage and networking businesses. We were at a 17% growth in networking last quarter, so very healthy. We see double-digit growth in our software portfolio and our services is growing very nicely too.

It has certainly provided the agility and flexibility to make decisions much faster. We’re thinking long-term now. When I first got here, we were thinking 90-day cycles for the most part – it’s night-and-day difference now. We are investing for the long term to scale the business predictably in IT, business-process automation, frictionless order for all of our partners, long-term coverage in the market, audience reach, and making our sales forces the most productive on the planet. Michael Dell says he has freed up 30% of his time. When you get someone like that who now has 30% more time to focus on customers and the technology, things happen.