HTC One (M8) review: the diamond ring of smartphones 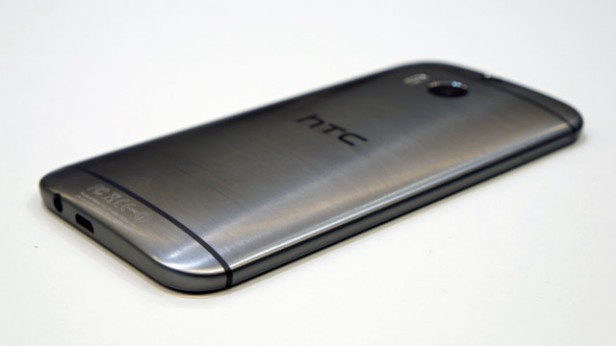 HTC has learned the brutal realities of the mobile market the hard way: building a great and revered smartphone is, unfortunately, just not enough in a world dominated by Apple and Samsung.

Despite resounding approval of its flagship HTC One device, the Taiwanese manufacturer has seen its market share and stock price plunge.

That, of course, is marketing spiel. Which is ironic when you consider that marketing has been the most common blame factor that analysts have used to explain the disappointing sales of the HTC One.

Whether the marketing was confused, as some claim, or HTC simply suffered from a marketing budget far inferior to that of rivals Samsung and Apple, you would assume the company has learned it’s lesson this time round.

Early signs suggest this may well be the case, with HTC predicting higher-than-expected sales and profits for the second quarter of 2014 thanks to, in part, a strong start for the M8, which it has carefully marketed as a premium offering that Chou compared to ‘fine jewellery’.

It’s not a bad analogy. To retain its reputation, HTC had to manufacture a phone that stood up against the iPhone 5s and Galaxy S5, and, out of the three, the M8 definitely feels like the most quality offering.

>See also:Apple vs. Android: the tortoise and the hare

Its attractive, curved metal frame manages a feat of looking and feeling both durable and stylishly eye-catching: if smartphones were indeed jewellery, the HTC One M8 would be the diamond ring.

In terms of differences to its predecessor, the M8 sports a slightly larger and sharper display (5 inches and 1080p SLCD screen with gorilla glass) than the original HTC One and, according to the company, 40% longer battery life.

Despite the attacks on HTC’s marketing shortfalls, as an editor I can’t argue with its approach. Weighing in at 160g and measuring 9.4mm thick, 71mm wide and 146mm tall doesn’t break any world records, and means HTC thankfully doesn’t bother with the tiresome one-upmanship that has increasingly plagued the market in recent years.

The M8 comes installed with the latest Android OS (4.4.2 KitKat) and HTC’s latest interface, Sense 6, both of which provide an enjoyable user experience, while the BlinkFeed feature works well by allowing users to personalise their own stream of online content.

With an OS and interface ideal for enjoying the great variety of apps the Google Play store has on offer, enhanced by the killer screen, users will also happily enjoy the M8’s capabilities in the workplace.

With its high functionality and intuitive email and messaging platform, IT managers who are not terrified of the word ‘Android’ would be hard-pressed to find a better phone to recommend for employees on the move.

Only time will tell whether HTC overcomes its marketing woes to convince consumers and enterprises alike that its flagship device is worth its circa-£530 price tag. Until then, we can only hope it continues to produce smartphones of this quality.