Skip to content
Home » Sectors » Technology » The humanisation of IT: the next phase of technology in the workplace

The humanisation of IT: the next phase of technology in the workplace 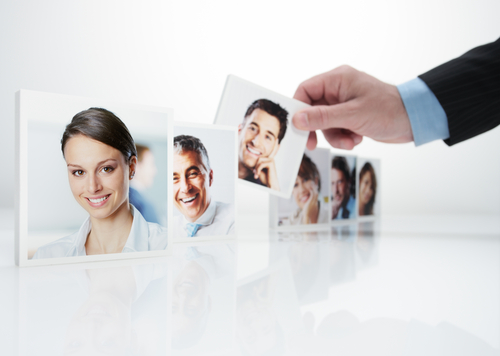 Few could have predicted the dramatic impact IT has had in the world, or indeed our thirst for technology as consumers. While the developed world has had its fill of computers and smartphones, the revolution has only just begun in the developing world, further expanding the Internet of Things – a rapidly multiplying number of connected devices generating data.

As is usually the case with unexpected growth, unforeseen problems are thrown up in its wake. How do we cope with all the data this network of devices is generating?  While data analytics techniques have been used for decades, what we are dealing with now is on a new, vast scale. Currently it is doubling every 14 months. At this rate, global data levels will exceed 40 zettabytes by 2020 – the equivalent of 5,200 GB of data for every man, woman and child on Earth.

Businesses and consumers alike stand to benefit greatly should they find ways of processing this data. Although the sheer quantities of data are intimidating, the 'humanisation of IT’ will provide the next stage of technological development as well as the answer to businesses' analytical challenges.

The humanisation of IT will essentially see the influx of technology that needs little or no training to use and suits our natural analytical abilities. It is often overlooked that all humans are naturally data analysts if they’re presented with information in the right way. Outside of technology, humans are capable of automatically processing thousands of pieces of information every second.

>See also: How to become a social enterprise

For example, in Information Foraging theory, a hunter looking for food in a forest automatically makes a number of decisions – what to eat, where it can be found, the best way to obtain it, and how much energy it will provide – and often subconsciously. They will instantly be able to distinguish between edible and inedible fruit, where conditions mean berries are likely to grow, or even where a much sought-after deer is likely to be found.

All of these actions acknowledge three effective natural processes the human brain uses to digest information and which, to a certain extent, are not accounted for in modern data analysis and analytics: the processes of association, comparison and anticipation.

The human brain strives to make associations. The hunter knows to look under oak trees for mushrooms based on previous experience that they have been found there before. The human mind constantly categorises and connects, searching out the important features together, and the warning outliers. In fact, recent studies have shown that humans have an innate number system from which they can do complex assessments – preschool children as young as four years old can do basic algebra with very little effort, working out what impact an x variable can have on a y variable – associations from a very young age.

But we don’t simply stop once we’ve made the initial connection. For example, the hunter will not settle with the first batch of mushrooms, but will find others and compare them against what they have found already, maybe deciding if they are bigger or smaller. Also, they may draw on past experience to work out where the ripest fruit is to be found or indeed where the deer herd will be grazing during that part of the day.

But what does this mean to those in the world of business? Well, every person uses these three natural tools on a daily basis in their everyday lives without even noticing them. They use these sensibilities in the business world too, to help understand complex problems. However, most of the technology they have access to doesn’t complement or extend these natural skills.

Despite the consumerisation process, tech in the business world is still needlessly complicated – designed by experts for experts. How many tech initiatives at work require training before full use can be made of the product or service? Excel, for example, has functions that the vast majority of people never make use of. Complicated technology ultimately hinders productivity at user level, to the detriment of the business.

Democratisation of technology and data

By humanising IT, business leaders will be able to empower the whole workforce, instead of just a select technical few, via the ability to analyse large data sets.

Google’s search engine is a great example of what is possible – a kind of technology which appeals to people's natural sense. It has an intuitive interface which can be used by practically anyone, but has complex algorithms behind it to make it insightful and process huge quantities of global data.

Smartphones and tablets are also great enablers for making IT more accessible for everyone, providing another step to analysing data in the natural world. Touch and swish gestures on a screen are far more instinctive and therefore usable than the old fashioned mouse and monitor which dominated consumer technology’s opening decades.

With the tools and natural behaviour already out there, businesses need to provide humanised systems that foster our natural analytics ability. The rewards of making greater sense of company, customer or user data are great and can be extended far beyond the corporate world – to help solve bigger problems or even social issues (health or poverty for instance). If they don’t, they will remain submerged in the ever-growing data deluge.