Skip to content
Home » Topics » Governance, Risk and Compliance » ICO at “high risk” of running out of money

ICO at “high risk” of running out of money 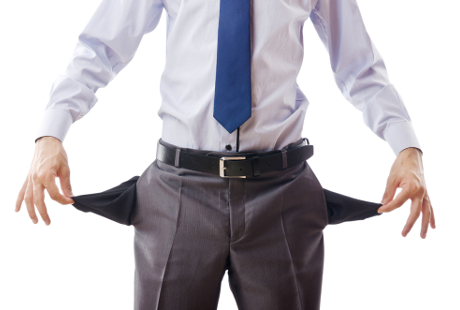 The Information Commissioner's Office believes that there is high probability that will not have the funding to achieve its goals, according to an internal document released to the public today.

The ICO's risk register, a report idenfiying its major strategic and operational risks, was published following a Freedom of Information Act request.

The number one risk is that "the ICO does not have the funding to meet its obligations, the expectations of its stakeholders or achieve its plan.

"In consequence it [would have] to scale back what it wants to do and fails to deliver an acceptable level of service."

That risk is currently considered a "very high" probability and will have a high impact.

The ICO has introduced some measures to mitigate the risk, such as advising the government that it needs extra resources and assessing the impact of the EU's proposed data protection reforms. But even with these in place, the risk is still deemed to be of "high probability".

As a result, the ICO plans to explore alternative funding models, the risk register reveals, and to "balance resources as needed".

Other risks identified by the ICO include the danger that changes to the regulatory regime will affect its mission, and that an increase in FOI requests at a time of dwindling resources might lead to a drop in standards.

It has also identified a risk that "the ICO’s reputation suffers and, as a result, the ICO loses influence with major stakeholders." This is currently considered a "high" risk, but by monitoring press coverage and using its social media presence, the ICO believes it has reduce the risk to "medium".

There is a "medium" risk that the ICO will fail to implement its IT strategy effectively, but that would have a "very impact" if it came to pass.

The ICO's financial issues have been publicised before. In March, the House of Commons' justice committee warned that the regulator faces a £43 million budget shortfall if the EU's proposed data protection reforms are ratified.

There are fears that further funding issues might prevent the watchdog from properly policing the use of data in the UK. It already faces criticism for failing to the job properly, with one academic recently describing the ICO as "lamentably weak and ineffective."

Government departments maintain risk registers in order to identify the dangers they face. Last year, a Freedom of Information request for the NHS' risk register, which identified the potential impact of the current government's reforms, was vetoed by the cabinet, despite the ICO recommending that it should be published.