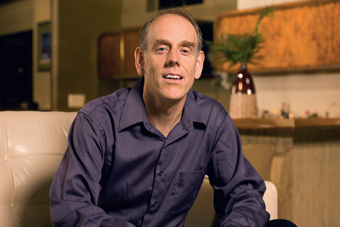 SAP has bet so much on its in-memory database HANA that if it is unsuccessful the company will die, according to Stephen Brobst, CTO of data analytics firm Teradata.

With SAP shaping its recent strategy around it, and database kings Oracle, Microsoft and IBM all battling to push their own offerings, in-memory computing (IMC) has been one of the most talked-about new technologies of the past few years.

Shifting away from the norm of electromagnetic disks, IMC stores application data in a computer’s main DRAM without compromising its availability, consistency and integrity. This allows organisations to develop applications that run advanced queries or perform complex transactions on very large datasets much faster than when using conventional architectures.

Naturally, Oracle, IBM and Microsoft have pushed in-memory technology as extensions to their existing database products using hybrid architectures, while SAP, new to the space altogether, has championed an ‘all or nothing’ architecture.

The German software giant has aggressively marketed its HANA solutions, which possess an overlapping data layer that prevents modules from being replaced by the aforementioned rival players.

According to Brobst, this was a "bet-your-company move" to prevent the company being killed by Oracle, which is the underlying database in most of SAP’s major ERP implementations.

“Ultimately, where HANA goes is underneath ERP, because SAP must kick Oracle out of bed,” Brobst told Information Age. “[Oracle CEO] Larry Ellison is very clear that he wants to kill SAP – there’s no ambiguity there.

“So basically SAP is in bed with the guy that has a knife in his hand and is waiting for them to close their eyes so he can kill them.

“They’ve got to kick the guy out of bed, so they’ve got no choice but to get a database technology to replace Oracle on every single SAP site.”

Brobst’s own preference, he said, would have been to broker a deal with IBM to run SAP applications on Big Blue’s DB2 database because “a common enemy should make good friends”.

“But rumour’s idea is maybe those conversations took place and they couldn’t agree – who knows why.

“In the end, SAP decided to acquire technology from Sybase, acquire some technology from a pseudo-startup company in South Korea, take some university research in Germany, and that became HANA."

He continued that “the whole big data thing” is just marketing distraction to the real goal of kicking Oracle out of bed.

“I think it’s a completely rational strategy in their position. And that’s a life-or-death proposition for SAP. If they are not successful with HANA, SAP dies – because Oracle will kill them. Oracle is very clear on that goal, and Larry Ellison, whether you like him or not, is very good at what he does.”

Brobst’s comments came hot on the heels of the launch of Teradata’s own analytical database – Teradata Database 15 – which aims to help businesses monetise the Internet of Things.

He said that while there are use cases where HANA makes sense, it would be irrational to use 100% in-memory for big-data analytics.