Infor a treat: In the boardroom with Duncan Angove 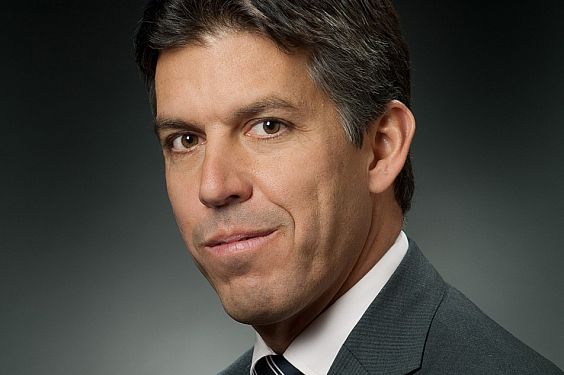 To some, Infor is still seen as the younger and smaller player in a game full of seasoned giants, but it has grown at a rapid pace since its inception in 2002. How do you like to view yourselves?

We’re a relatively young company compared to the other guys, but we sort of like that. We’ve been using the phrase ‘the world’s largest start-up’ to describe ourselves. We have 70,000 customers and 13,500 employees, but we’re very much like a start-up. The new management team has been in place for three years, and it’s quite annoying now to hear Dell and others use that phrase. We were honestly the first people to use it.

We built our new headquarters in Manhattan because we wanted to capture the intensity of New York. Even our office is a physical manifestation of our culture. There are no executive suites or offices; the management team all sits around one table. We won’t disappear into cubicles or offices and send emails to each other. You need a certain kind of management team to do it our way, but you get the speed of decision-making and serendipity of information sharing, so that’s kind of how we run the company.

With the software and applications market on the rise, it’s a very competitive place to be. How do you plan to hold your own amongst those big players?

Start-ups have to challenge conventional thinking about a lot of things; they’re all about upsetting the status quo. We’ve got SAP and Oracle in front of us, and we have to do things differently and capture the customers’ imagination and secure value in different ways. That’s what we’ve been focused on doing and, in the past year, we released another version of our enterprise suite of software, which we call 10x. The response from customers has been fantastic. We released in the summer and our licence revenue for the last quarter grew by about 8.5%. In the applications marketplace, companies just aren’t growing that fast right now.

Looking at IBM, SAP and Oracle from an organic view – take acquisitions out – they’re just not growing application licence revenue that quickly. About 3,000 new customers joined us over the past year, so we think the strategy’s working, and the response from the applications has been fantastic.

Do you look to SAP and Oracle as benchmarks of where Infor wants to be?

In all honesty, we don’t really see Oracle and SAP as the competition going forward. We think it’s more the cloud start-ups, and while they may not have the same scale, we think that’s the right model for the future of enterprise computing. We’re a pure applications company; it was one of the key design points of the management team. We think it’s our job to commoditise the infrastructure. We don’t want our customers spending millions of dollars on databases and hardware, and all those types of things – we think that should be commoditised by open source, and ultimately it should be in the cloud anyway.

Oracle and SAP are obviously pursuing a different growth strategy: Oracle is pushing down into hardware and SAP has built a database. We just have a fundamentally different view of the future of computing. One of the things that we talked about over the past year is the fact that we’re one of the first enterprise software companies to run completely on the OpenStack, so if customers want to go down that path then they can. We offer all of our applications in a cloud model as well. We’re a cloud company, so we can be much more aggressive in our stance on that then others, and we see that as all part of our strategy.

Despite its growth, and compared with the likes of Oracle and SAP – and even cloud companies like Salesforce.com – Infor tends to keep a low profile. Will this change going forward?

We’re the same size as Salesforce, and we have a relationship with them – it was a race to see who could become the next $3 billion software applications company. If we had an extra dollar over the past three years, we put it into our products. Our financials are publicly available and people will see it. Most companies are bragging about how many sales guys they hired, but for us it’s developers. We’ve hired a lot of engineers over the past three years: 800 in the first 12 months that we were here. So we fully believe that if you get the products right then everything else will take care of itself. Yes, our brand doesn’t have the same profile as those other guys who have spent a lot more money on marketing, but we believe that we have a product that’s superior now, and we’re starting to ramp up our investment in marketing.

>See also: In the boardroom with Tarkan Maner

Infor has put a lot of effort into retooling and consumerising the user interface of its products. How have customers reacted to these changes?

We wanted to deliver experiences that people love with our enterprise software, and it’s always that part of our strategy that gets people the most excited. I guess at the end of the day we’re all consumers – with iPhone apps and websites and all of that – so human beings naturally gravitate to what they enjoy using and what’s easy to use. That’s probably the piece of the strategy that’s captured customers’ attention the most over the past year, and with genuine excitement.

The software market over the last ten to 15 years has moved away from demoing software. You’d hire sales reps and you’d pat them on the back if they managed to close a deal without demoing something. I think some of that was because people didn’t show the software because it looked really ugly. End-users would look at it and say ‘I can’t use that.’It would also highlight all the gaps in the software. All the big guys did this. So the funny thing that we’ve seen over the past year is we flipped the model and got back into showing people the software and actually leading with it, because then what comes through is all the investments we’ve made and the features. You actually see them in the software; they don’t have to hand them to a systems integrator to modify it. And they see the beauty and usability of it.

And you actually created an internal design agency to do that.

Exactly. Given the investments we’ve made over the past 18 months, Hook & Loop is now the largest design agency in Manhattan in terms of number of creatives on staff. If you think about who’s based in Manhattan, in terms of the ad agencies and media agencies, it’s pretty impressive how quickly that team has scaled and the quality of people. So the response from these guys’ work has been fantastic, and really we’ve only scratched the surface with what we’ve done so far – some of the stuff we have coming down the pipe is truly revolutionary.

The PeopleAnswers acquisition has seemingly pointed to an increased focus on human capital management. How important will this acquisition prove to be?

Science and smart data is a big part of our strategy, and actually it plays into the user experience side as well. It’s about anticipating what a user will do, so that’s a key part of user experience going forward, and science can play a big role in that. That, if you like, is the segway now. Human capital management, for me, is the largest product line at Infor – it’s also the fastest growing and probably the one with the largest cloud presence. We have about 3 million users globally running in the cloud on our human capital management solution, so it’s arguably the most strategic product that we have on our portfolio.

Last year, we acquired a company called Certpoint, which is a cloud-based learning management solution, and PeopleAnswers is another cloud acquisition but more focused on the talent science space. It’s the first company I’ve come across that has actually taken big data and brought it to human capital management, but they also find a way to take a lot of the softer things about HR and employee development, and actually tie them to end-business performance.

It was a very hotly contested acquisition. A lot of the players that you’d be familiar with were trying to get it, so we see it as a big differentiator going forward.