How often does a typical business decide on a new ERP system? Perhaps once a decade. It is a big decision and one that incurs massive costs if errors are made – on both a financial and an operational level.

A bad ERP strategy can ruin a company’s bottom line and stifle its growth moving forward – the irony being that growth was probably the very factor that informed the need for an ERP system in the first place.

There’s no shortage of horror stories with analysts regularly publishing research on the high failure rate of ERP deployments; such as Gartner, reporting that 55% to 75% of ERP projects fail to meet their core requirements, due to a lack of awareness, skills and expertise within enterprises.

Speaking at Infor‘s Inforum 2019 event in New Orleans earlier today, Rod Johnson, general manager, Americas, Infor, stated: “There have been tons of innovations in our products, and I honestly feel like the only limitation is our imaginations. But there’s a big but. We, as an industry, have not figured out how to increase the pace of adoption in a way that makes it easier and faster to deploy.”

As a former analyst, Johnson said he has had a lot of time to reflect on these significant software deployments and has seen the good in the promise of technology, but he’s also seen the reality. Insights such as these have brought Infor to a place where they are now asking how it can fundamentally make it easier for enterprises to take advantage of these technologies.

The solution, according to Cormac Watters, general manager, head of international markets, Infor, is an agile approach. 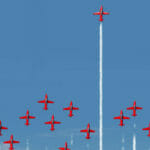 The lean CDO: why it’s time to develop a minimum viable data product

CDOs can avoid failure by ditching project-centric operating models and behaving the way a lean startup would; applying the principles of minimum viable product to their data initiatives (minimum viable data product, if you will)

So what does this agile approach entail?

According to Watters, they’re open to multiple go-lives and aiming to have the first working prototype ready within three months.

He said: “It’s all about getting people to rethink the concept of going live and to stop fearing it.”

Johnson added: “Another best practice protocol going forward is that we never want to change the go-live date. It’s got to be that we’d rather descope something than extend the scope. This way, you get some value within the prescribed period of time, and then you can iterate some more afterwards.”

Over the past decade, agile approaches in all things business have become increasingly popular; primarily because they work. According to research, agile organisations have a 70% chance of being in the top quartile of organisational health, the best indicator of long-term performance. These enterprises also achieve greater customer centricity, faster time to market, higher revenue growth, lower costs, and a more engaged workforce.

Arguably, it sounds reasonable to assume this methodology could work for ERP deployments too. 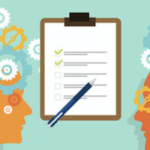 What does Infor’s process mining partnership with Signavio mean for automation?

Signavio is helping power Infor Accelerators with process mining capabilities across 16 industries and CloudSuites. What does this mean for automation?

According to a report by McKinsey: “Agile practices can greatly mitigate the risks and challenges that plague typical ERP implementations in a number of ways. Agile has, for example, vendors and system integrators work together as one end-to-end team focused on the same set of key performance indicators (KPIs) and outcomes.

“It involves a faster pace and greater transparency, making it easier for managers to make timely, critical decisions. Contrary to popular belief, agile does not mean ‘no planning’—rather, agile replaces long, opaque project phases with two- to three-week sprints so that managers can track outcomes, progress, and challenges.”

Is your technology business structured for success?