IT innovation at Net-a-Porter Group 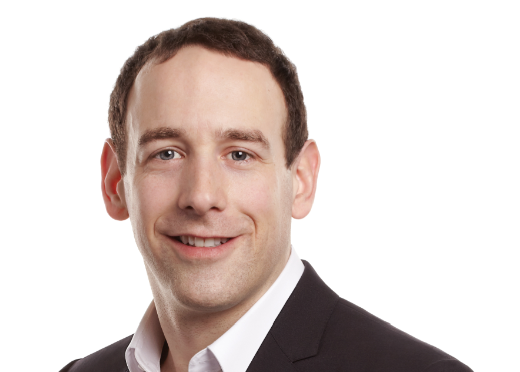 At luxury e-tailer the Net-A-Porter Group, quality is written into its DNA. Whether it be the glossy design of its website, the slick office it calls home at Westfield’s West London shopping centre or the chic designer clothes it sells, the Net-A-Porter Group is high-end in every part of its business.

And that includes IT. For a company whose success is primarily down to the pace of its innovation, technology is the front-seat driver of this digital success story.

During the 14 years of its existence, the Net-A-Porter Group, which sells designer collections via an online store that is presented as a fashion magazine, has utilised technology to help revolutionise how women buy clothes.

And like the Formula 1 drivers who drive ridiculously fast for a living, the occupant of this seat must not only be able to take pressure, but thrive on it. Enter group IT director Richard Lloyd-Williams.

‘I looked around for what else I could do and, because it’s quite scientific and logical, I thought I’d go into programming,’ says Lloyd-Williams, who secured a place on http://www.johnlewis.com“>John Lewis’s graduate scheme shortly after graduating in 1997.

Working on the department store side (the website was yet to be created), he started on COBOL, one of the oldest programming languages, and was one of the poor fellows who spent the early hours of New Year’s Day 2000 preparing to save one of Britain’s best-loved retailers from the notorious ‘millennium bug’. ‘As you know,’ he laughs, ‘we did an excellent job!’

Having worked his way up to lead developer, as John Lewis began moving away from COBOL and writing things for the internet on Java, Lloyd-Williams’s then fiancé (now wife) threw a rather attractive spanner in the works in 2002.

‘She said, “I’ve got a job in Rome, do you fancy two years there?” So I thought for about a second before saying yes and then resigned from John Lewis.’

An exciting new city came with an interesting new job as Lloyd-Williams worked on an Oracle project for the United Nations, moving him from programming to analysis in the process.

On his return to the UK, he found himself back at John Lewis, but this time at JohnLewis.com, where he joined as a business analyst and project manager.

Within 18 months he was running the whole team, before being lured to the Net-A-Porter Group in 2007 to set up the company’s business analysis section. When the IT director post became vacant in 2011, he had impressed enough to snap it up.

The fact that the IT team numbered 35 on Lloyd-Williams’s arrival in 2007 and now stands at 270 – more than 10% of the Net-A-Porter Group’s total workforce – is testament not only to how much the company has grown, but to how vital technology is to its success.

Furthermore, almost all of the Net-A-Porter Group’s IT is in-house, including the writing of the website code and the warehouse management and business operating systems. This build-not-buy preference puts control firmly in the hands of Lloyd-Williams and his team, but also intensifies the pressure.

‘When it’s just a website, like Net-A-Porter, you know that if the website is down you have no money, and that’s an interesting pressure,’ Lloyd-Williams says. ‘The pressure is relentless, but in a good way, and you know that you need to strive to be better.

‘You very much have to have that mindset of continuous improvement. The other thing that’s interesting is the fact that the competition now, compared with when I joined, is much more intense. The barriers to entry have come down and there are a lot more people trying to catch us.

‘So as the leader you have to be trying twice as hard to stay one step ahead, and you’ve got to be driving that innovation because it’s very easy for others to copy you.’

Sitting on the executive committee, Lloyd-Williams is fully involved in the conversations about where the company needs to go.

With the previous head of IT now heading up Mr Porter, the male brand arm of the company, the Net-A-Porter Group is a natural representation of the CIO’s new progression route to business leader.

‘I do enjoy that business side,’ Lloyd-Williams admits, ‘I believe [the move from CIO to CEO] is becoming more of a natural progression.

‘I think in the past there was a more frequent path from CFO to CEO, but I can see more CIOs and CTOs stepping up to the job, particularly in companies like Net-A-Porter where technology is so integral to the business.’

Consequently, Lloyd-Williams and his team are always looking at being more closely aligned to the business.

Rather than seating the IT department together and away from other divisions, the Net-A-Porter Group integrates team members with the business owners, believing that the closer it can get its development teams to the business, the better it can understand what its requirements are.

To further increase autonomy and nimbleness, Lloyd-Williams is trying to devolve as many decisions to teams as possible, because they know more about their systems and what needs to be done.

He’s also pushing independence by following a service-oriented architecture (SOA) route to decouple systems and allow for a continuous delivery. Such a movement will transform the company’s systems cycle from up to five weeks to daily or even hourly deployments.

‘That drives much more innovation because you can try many more things and so will hit on what works more frequently,’ he says.

In fact, listening to his concise flow of ideas and initiatives, it’s clear that Lloyd-Williams is not only a man who knows innovation, but, critically, he knows exactly how to translate it to business value. That, after all, is the makings of a modern-day CIO.