Inside the fastest-growing unicorn in Silicon Valley 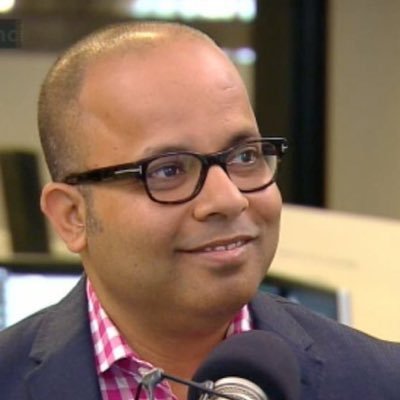 Bipul Sinha wants to build Rubrik into one of the world’s largest companies. In his first role as a CEO and entrepreneur, it would be quite a feat.

That’s not to say he was unknown in Silicon Valley before founding Rubrik in 2014. As a prominent venture capitalist at Lightspeed Venture Partners, and before that Blumberg Capital, he was a founding investor in PernixData, Pulse News (acquired by LinkedIn), Hootsuite, Numerify and Nutanix.

The latter is significant because both Rubrik and its rival Cohesity were founded by individuals involved in the founding of Nutanix, which sells hyper-converged infrastructure appliances and fetched a $2.2 billion valuation in its IPO last year. Sinha founded Rubrik with Arvind Jain (VP of engineering, formerly Google), Arvind Nithrakashyap (CTO, formerly Oracle) and Soham Mazumdar (architect, formerly Facebook and Google).

Clearly, Sinha knows how to raise money. Naturally, Lightspeed was the first investor in Rubrik in a $10 million Series A funding round in March 2015, but others have followed suit. The company completed its Series D round in April, raising $180 million at a valuation of $1.3 billion, although Sinha admitted they didn’t need the money and still haven’t touched the Series C money but require a balance sheet that can withstand any unexpected shocks.

There’s also the matter of an IPO, of course, something Sinha plans for 2019 with bold aspirations to be cash flow positive before then. “[The Series D funding round] gives us plenty of runway to do one on our terms,” Rubrik’s marketing VP John Koo tells Information Age during a visit to the company’s Palo Alto office.

>See also: The start-up island with a growing technology ecosystem

Rubrik, like Cohesity, is attempting to grab as much market share in the burgeoning converged data protection market as possible. This is a new category of backup that has only really emerged in the last couple of years as vendors have pushed the idea of secondary storage clusters that converge backup software into all-in-one appliances which can scale according to the size of a data protection workload. The main sell to enterprises is this ease of scalability, as well as the ability to reduce the footprint of their infrastructure.

The difference in the platforms lies in Rubrik’s focus on providing data protection to native cloud applications as well as replicating on-premise backup data to the cloud. Cohesity uses the cloud to overcome the limitations of a physical appliance, which it deploys as both a backup target and to host virtual machines for instant recovery operations. Cohesity completed its Series C funding round in April at a valuation of over $500 million, half of Rubrik.

At just three years old, Rubrik is growing extremely fast. Clearly it’s not just investors who are excited about this company and this space. At the beginning of this year, Rubrik announced it had hit a $100 million run rate in bookings after just six quarters of sales, and had achieved a seven-times increase in the number of enterprise customers over the previous year. A quarter of Rubrik’s customers do a repeat purchase within six months. It already has over 400 employees and is adding 90 people per quarter.

IDC estimates Rubrik and Cohesity’s target market, copy data management, to be worth $48 billion. Currently, Dell EMC and Veritas dominate this area, with everyone else below 5% market share. But Rubrik believes Dell EMC and Veritas are at a disadvantage because they were built before the cloud, and is confident of displacing them all. “In terms of who we replace, it will be Dell EMC, then Veritas, then Commvault in the US and Veeam in EMEA,” says Koo confidently.

According to IDC, more than 80% of IT organisations will be committed to hybrid cloud architectures by end of this year. Rubrik will continue to pick up enterprise customers that want a cloud-scale application data management platform when migrating applications to the cloud, independent of the original infrastructure.

>See also: HP Inc: the ‘start up’ that is shaking it up

“We’re still seeing extremely strong market pull,” says Koo. “We’re landing a lot of customers. Our customer count is in the multiple hundreds now and each quarter it grows by triple digits.

“You will see more Rubrik people around the world, a lot more engineers, more of everything. The engineering count is going to more than double in the next six months. We’re chasing a huge market. The potential is huge.

“Rubrik is on pace to be the fastest-growing enterprise infrastructure company ever, evidence that customers are rapidly abandoning legacy backup and recovery for Rubrik’s cloud data management solution.”

Last month, the company announced Alta, the ninth update to its r300 Series appliances and the largest to date. Its appliances, which already supported applications in AWS and Microsoft Azure, are now also able to support VMware, Hyper-V and Nutanix AHV hypervisors; Linux, Windows and Network File System (NFS); physical or virtualised Oracle and SQL workloads; and CloudOn instantiation for disaster recovery and test/dev. This basically means functionality for any virtualised or physical environment.