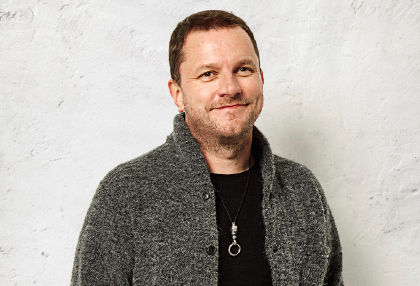 The fate of British high street retailers hasn’t looked too promising in recent years, as consumer habits have increasingly migrated from bricks-and-mortar stores to online and mobile alternatives.

The most recent victim – British Home Stores – marks the demise of a brand that has served British high streets for nearly 90 years. It serves as yet another reminder of the consequences of failing to keep up with customer demands, and it won’t be the last.

Further up the high street, however, is a brand that continues to buck this trend. River Island boasted turnover of almost £1 billion last year, with healthy pre-tax profits of £149 million and ambitious expansion into South America, Asia, Africa and the Middle East.

The family-owned company, which has 60 years of heritage, has 248 stores in the UK and 350 internationally. It saw a 48% increase in mobile traffic to its website and a 32% uplift in click-and-collect sales in 2015.

Still privately owned by Bernard Lewis and his brothers in London, River Island wants to ensure that its brand leads trends in retail by introducing digital technologies into stores in order to improve overall customer experience.

The company’s ability to process and deliver orders quickly has been key to its success in retail – but with the sector’s increased focus on digital technologies and omnichannel experiences, its IT infrastructure was no longer able to support its evolving strategy.

‘We’re a fast-fashion business, which is tricky in its own right,’ says Doug Gardner, CIO of River Island. ‘It’s constantly adapting, constantly changing. It’s quite a cut-and-thrust, brutal business that keeps you on your toes at all times.’

The changes in Gardner’s role in the five years he has been at River Island reflect how technology has transformed the company as a whole. ‘It’s becoming much more about change management,’ he says. ‘It’s now about organisational change and really involving IT people in the business, as well as a huge focus on the customer journey and all things digital.’

Like all other retailers, River Island is increasingly digital-focused. The retail business has a long history as bricks-and-mortar stores, but in a very compressed amount of time it has had to deal with an explosion in online shopping.

The e-commerce market has matured rapidly, with traditional retail players facing a whole new wave of competitors. River Island, like many others, has had to deal with a lot of technical debt and has been forced to adapt its digital proposition. ‘We can no longer approach the customer via just a website or an app with a separate experience and separate set of data,’ says Gardner.

A big part of Gardner’s role, with an edict from senior management, has been to provide the technical and human infrastructure to enable River Island to become a leading player in the digital retail space.

This objective has caused the company to completely strip out and rebuild its entire technical infrastructure, as well as transform the way in which its employees work.

The secret to River Island’s success over the years has been its ability to develop processes that allow it to get products onto the shop floor rapidly. River Island CEO Ben Lewis now sees value in taking the same approach to technology.

‘Ben has seen an opportunity for us to transform the way we work, transform our methodologies and make our approach to technology very much like our approach to fashion,’ says Gardner. ‘Fashion and technology are becoming closer knit in terms of being cool. Technology is now quite sexy so it marries up nicely with the brand.’

The result is a massive task for Gardner and his team: a large people-and-process transformation to deal with the transition to omnichannel, and a huge underlying structural change to all of River Island’s technologies.

To handle these transformations, River Island is recruiting new talent that will bring the different skill sets it requires. The department currently stands at around 100 people but is moving towards 200, and it recently opened an office in London’s Shoreditch area to attract digital talent.

‘We’re trying to compete with companies other than just retail businesses,’ says Gardner. ‘I’m looking at companies outside the retail space for inspiration, and that’s where I’m trying to recruit people from to build technology of the future.’

Five years ago, River Island’s technical infrastructure resembled a relatively typical retail operation – big Unix servers, data centres and a lot of legacy systems. There was little in the way of digital infrastructure.

The company’s website was hosted and based on a package. ‘It was kind of OK for the time that it served, but rapidly the growth of digital and online shopping just overwhelmed that infrastructure,’ says Gardner.

Since then, River Island has ripped out the core of its network, and a major transition to cloud computing has left the company with no on-premise solutions.

This means that the company’s connectivity to the internet through its various cloud providers is critical to supporting the systems that it runs 24/7.

Meanwhile, the digital customer journey moved into River Island’s bricks-and-mortar stores. Customers use their mobile phones in-store to support purchases, while staff use Android devices to upsell to customers.

With the whole digital proposition changing in both the head office and in-store, River Island required a new network. Its commitment to cloud computing has seen it move away from owning data centres and hardware, and it’s now live on Amazon Web Services with a scalable website.

The company is building out huge amounts of new middleware and micro services within that structure, and it has moved all of its core systems to the HP cloud.

‘We’ve ripped out a big chunk of infrastructure that we used to maintain, and we’ve moved to stuff that really is more appropriate for the digital age,’ says Gardner. ‘It allows us to grow very rapidly, shrink very rapidly, and access tools we’ve never had access to before.’

The company has also spent a lot of time and investment making sure that it owns all of the touch points to its customers.

Instead of having packages, it now has a bespoke .net website so that every time it touches a customer it is able to change rapidly. At its heart, River Island is building a core infrastructure with the tools that allow it to move fast.

‘Those are the big advancements we’ve made rapidly,’ says Gardner. ‘We’re really putting an enormous emphasis on digital tech, so there are a lot of things on AWS. And whenever we’re tracking our customers – whether it’s in-store, online, on an app or through a call centre – they get the same information, access to all of our stock and a consistent user experience.’

While many CIOs present cloud computing to the board with cost savings as the main return on investment, Gardner focused on how it will enable River Island to
be an agile organisation that is able to adapt rapidly.

‘The whole thing was that it would be a very difficult and painful transition in order to get from A to B, but once we get there we’re going to be an incredibly agile organisation and we’re going to have access to a whole load of digital tools that will make us fit for the digital age,’ says Gardner.

‘The board supported it. It’s a big transformation that not a lot of companies can manage, but it will, we think, make us very competitive going forward.

‘We are making sure that we focus on day-to-day simple changes that will keep us moving and running quickly. We look at transformational and step change projects along with innovation, so we’re trying to keep the balance right.’

With overloaded and overworked networks, River Island declined the opportunity to renew its contract with its incumbent supplier, which could not offer the retailer the long-term flexibility and reliability it needed.

The retailer worked with managed services firm Claranet to install a robust networking solution to deliver strong omnichannel customer experiences. It was able to connect all of its stores, offices and delivery centres by introducing
a modular, enterprise-grade MPLS-based solution.

The new solution proactively manages and monitors activity around the clock, providing backup 3G connections in the case of downtime. It also enables River Island to support mobile devices for staff and deliver cloud-based technologies across its estate.

>See also: The 4 digital must dos for historic and young retail brands to keep up with consumers in 2016

Since the system has been installed, River Island can dynamically respond to customer demands to improve multi-platform experiences. With greater bandwidth, improved reliability and more flexibility, it has been able to quickly implement and support a wide range of new technologies across its estate.

‘Like most other retailers, we are increasingly dependent upon web services to our stores – lots of the capabilities for generating revenue depend on having access to the web,’ says Gardner. ‘A couple of years ago, connectivity issues were problematic, but now downtime is just impossible to deal with.’

An omnichannel approach, which requires real-time access to data, and initiatives like click-and-collect and next-day delivery need increased connectivity to function properly.

When the successful delivery of orders hinges on very short time windows across the supply chain, a small network problem at any stage can create significant delays, and could have harmful consequences for River Island’s reputation and revenue-generating capabilities.

Gardner and his team was also aware that River Island’s network wouldn’t be able to cope with the plans they had to drive engagement within the stores.

‘We are moving towards a more social and faster way of communicating with our staff and interactive ways to speak to our customers, which will see our networks taking on a considerable amount of traffic,’ says Gardner. ‘In short, we needed a network that was future-proof.’