Skip to content
Home » Topics » The Internet of Things: Expecting the unexpected

The Internet of Things: Expecting the unexpected 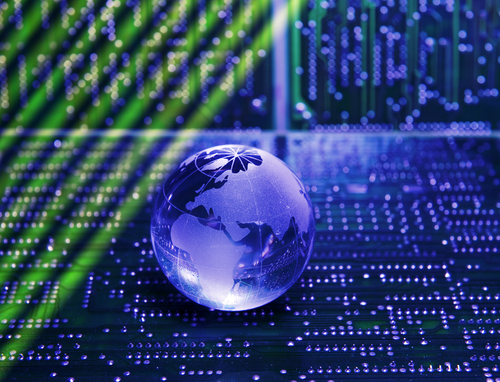 If anyone was in doubt that 2014 would be massive for the Internet of Things (IOT) then Google’s recent blockbuster acquisition of Nest Labs should go a long way to convincing them. The smart technology sector has been growing for a while now, but Google may have just got the party started in an industry whose full potential we can barely imagine right now.

Google’s purchase of Nest may have taken many by surprise, thanks to both the size of the acquisition and the suddenness of Google’s return to the smart metering market it departed five years ago, but for those who avidly follow developments in the IoT, expecting the unexpected comes with the territory.

Learning from the first ‘smart’ revolution

It’s a fair bet that most people would be lost today without their smartphones – literally, in the case of those dependent on Google Maps to find their way about – as they have become the quintessential device for offering us control over our lives.

You can use a smartphone to play music and games, email, browse the web, watch films, book tickets, record programmes on your DVR or just about anything else you can imagine. The continuing growth of apps is all the more spectacular too for the fact that typically only 1% of applications are a financial success.

Imagine going back in time to early 2007 and trying to convince your younger self that smartphones would become these all-encompassing devices and create such a dynamic market in mobile applications.

Imagine suggesting that there were potential billions to be made in creating a camera application for a mobile phone that’s unique functionality was to delete the picture within ten seconds. Or explaining how Blackberry, an early mainstay in the smartphone market with almost 20% of the smartphone market share globally and over 50% in the US in 2008, would only manage to hold on to 1% of the global market in a shocking decline over just five years.

The smartphone industry, and by extension the mobile applications market, have in their short lives highlighted just how much cutting edge consumer technology is driven by innovation and ruthlessness to those who fall behind. Nobody could have possibly predicted at the beginning how it would all transpire.

In many ways, we are now in the same position with the IoT that we were with the smartphone industry in 2007. The Nest Labs acquisition may not be the major play that the iPhone was but it still signals something of a sea-change in the industry; Google has just shown its hand and other major players are sure to step in soon.

Gartner have estimated that by 2020, the IoT will have grown to over 26 billion units in circulation, whilst IDC put the figure closer to 30 billion, with an industry value of around $8.9 trillion, so those who start early may have the chance to establish themselves in a potential goldmine. Or, conversely, the largest eventual winners in this new market may not even exist yet; designers of a product or feature for a device or technology not yet realised.

26 billion units is an incredible amount. These units could be any device or piece of software that connects to this nexus of smart information and the potential for innovation there is massive. Thermostats, DVRs and smart utility meters are just the tip of the iceberg; you could be looking at a household in 2020 having a smart chip in nearly every device, all of which can be managed from a single location.

The logical step from there would then be automation; perhaps any lights and taps left on will turn off as you leave in the morning and the heating turns on as your car pulls into your driveway in the evening. Just as smartphones have given us more control over many aspects of our lives, the IoT has the potential to give us control over all of our lives, creating endless technology opportunities.

So how can an organisation looking to innovate in the IoT industry succeed? There was no blueprint for success in the mobile application industry; those who were successful became so through great ideas, innovative design and a real understanding of an evolving market.

The intelligence and agility to identify and develop opportunities will be key for those working in the growing IoT market and a massive amount of the agility will centre on how organisations collect, handle and analyse data.

Just as smartphones and the rise of multimedia platforms in personal and professional spaces have been a major factor in the growth of big data, the IoT will increase the amount of information collected, shared and analysed by many orders of magnitude as the billions of devices all record, transmit and interact to provide a connected service.

This means that an organisation can bring new devices online instantly, handle fluctuations in data levels efficiently and rely on the data being available 24/7 thanks to excellent fault tolerance.

We have seen through our work in the smart utility meter market how valuable those assets are to businesses, as new customers can be brought on board and meter readings expanded at a much lower cost than would be possible with a relational database.

The IoT will transform the data landscape irrevocably, particularly in an era where losses in service or downtime can prove fatal to an organisation’s success if it is trying to establish a customer base. Distributed databases will be the essential tool for companies to guarantee the agility they need to innovate in the face of massive data collection and analysis. When facing the unexpected, it is best to come prepared.