How businesses can shield their IoT infrastructure from botnets and ransomware 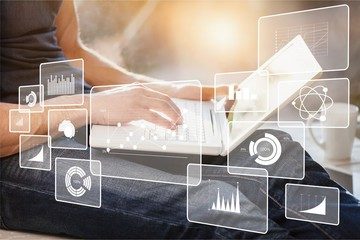 According to Statista, over 23 billion IoT devices could already be in use today, and the number is likely to grow to over 75.44 billion by 2025. This growth poses great benefits to businesses, but isn’t without major challenges, the main one being cybersecurity.

In recent years, the number of cyber attacks directed at IoT infrastructure has accelerated with a 2018 study by Gartner showing that at least 20% of organisations have experienced at least one IoT attack in the last three years.

With a typical corporation having thousands of IoT devices connected to it, it’s technically impossible for the IT team to identify the devices that connect to their network. This means that there are millions of loopholes for malicious devices to connect and cause harm.

Renowned internet security researchers, Charlie Miller and Chris Valasek, believe that with so many connected IoT devices, it is nearly impossible for businesses to ensure maximum IoT security unless internet security is their core business.

They claim that the best IoT security measures require huge budgets as well as skills that most businesses cannot afford to invest in. However, with the latest cloud-based information technology solutions such as the Verismic Software Cloud Management Suite, there might be solutions to their concerns. Now, businesses can track IoT devices in their networks and fully secure them without having to break their budgets.

The way Verismic Cloud Management Suite (CMS) works is it automatically scans and updates all IoT devices in a network with the latest security patches and software updates. Failure to update software has been identified as one of the key things that make systems vulnerable to hacking. With the thousands of IoT devices connected to businesses today, manually updating them all the time is nearly impossible. The Verismic CMS solution automates the process of identifying the IoT devices in a network, scanning them for vulnerabilities, and updating them with latest versions.

Perhaps, there is no better case which explains the importance of software patching, than the Equifax data breach back in 2017. According to ZDNet, Equifax failed to patch a widely used piece of open-source web server software early enough giving hackers an opportunity to exploit the vulnerability. As noted in Washington Post, the cyber attack compromised the personal data of close to 147.9 million consumers, which is nearly half the U.S. population.

The global healthcare sector has been a major target for similar attacks with the 2017 WannaCry ransomware attack being the most notorious. Among the healthcare organisations that received the brunt of this ransomware attack was the UK National Health Service where over 19,000 doctor appointments had to be cancelled. According to internet security experts, the WannaCry ransomware targeted computers were running on Windows OS without the latest security updates.

>See also: Locking up the Internet of Things in 2018

As for the health sector, Verismic Cloud Management Suite might be a good solution there as well, since it enables huge organisations, such as the NHS, to track and update all the IoT devices in their network as per the PCI/HIPPA requirements. Traditionally, this would be impossible given that there are probably hundreds of thousands of IoT devices in such an organisation.

The costs and complexity of managing networks are bound to skyrocket as the IoT continues to expand. With solutions being worked on, businesses need not worry. With all the benefits of IoT and with a security guarantee from the cloud management suite, they can sit back and focus their attention on running their companies rather than constantly worrying about their infrastructure security.