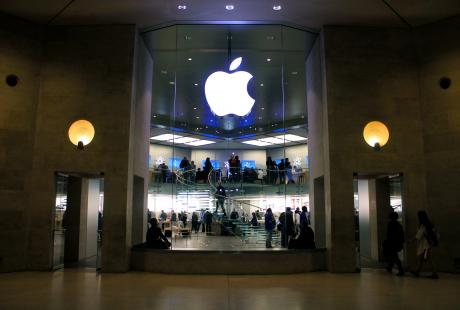 Last night Apple launched its much anticipated iPhone 7, and the major news was the exclusion of the headphone socket.

The lightning adaptor will be required for existing headphones, which fits into the charging socket on the mobile.

Alternatively, wireless Airpod headphones will be available with the iPhone 7.

These headphones can be paired much faster with the phone than with Bluetooth devices, and have infrared sensors to detect when the headphones are in the user’s ears – stopping music when they are taken out.

The headphones will have to be charged though – with around 5 hours of battery life, although a 24 hour charging pack is available.

It is a bold move for the tech giant following a year where its phone sales and market share fell.

The other major feature changes vary.

The new home button – rumoured to be pressurised – can detect how firmly it is being pressed and provide vibration-based feedback, but no longer moves into the phones.

It is water resistant up to depths of 1 metre for 30 minutes at a time.

The larger iPhone 7 Plus model has a two-lens camera, a wide angle and telephoto lens, allowing it to offer a choice of focal lengths with zoom quality improved.

These new features were widely reported before the launch, and while exciting, the success of the product will depend on sales.

Only then will it be clear if Apple’s somewhat-of-a-gamble payed off.

Until then, and with Samsung’s charger crisis, perhaps it gives an opportunity for another smartphone to take centre stage?