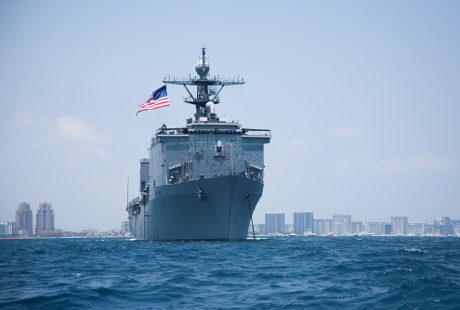 Hackers working for the Iranian government compromised US Navy systems in recent weeks, according to a report by the Wall Street Journal.

Unnamed "US officials" told the paper that the hackers infiltrated an unclassified network that is used to support email and the US Navy's intranet. They do not believe significant information was stolen.

The attack began on September 15th, the officials said.

The Wall Street Journal says the incident "sparked concerns" within the Pentagon because it suggests that Iran's cyber capabilities are improving.

Earlier this year, a US Air Force general said that Iran is becoming a "force to be reckoned with" in cyber space.

General William Shelton said that the country has been building up its online defences since the discovery of Stuxnet, the US and Israeli-built malware designed to disrupt systems at a specific nuclear plant in Iran.

"It's clear that the [Stuxnet] situation generated reaction by them," Air Force General William Shelton said. "They are going to be a force to be reckoned with, with the potential capabilities that they will develop over the years and the potential threat that will represent to the United States."

Iranian hackers are suspected to have been behind a number of high profile cyber incidents, including an attack on the BBC's Persia television service and another against the Israeli police that forced it to disconnect from the Internet.

In 2011, images of a captured US drone aircraft emerged on Iranian television. The drone appeared to be in good condition, prompting speculation that Iranian engineers had been able to hack the drone's communications network.