Is open data under threat? 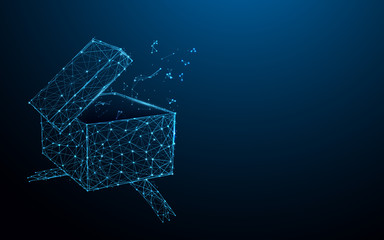 On the face of it, 2011 was a very good year for the open data movement, which argues that certain information, such as non-personal government data, is more valuable when it is shared freely. In the chancellor’s Autumn Statement in November, amid public sector pay caps and downgraded growth forecasts, George Osborne announced that the government is to create an Open Data Institute, chaired by open data advocates Tim Berners-Lee and Nigel Shadbolt.

The London-based Institute will receive £10 million funding and its aim is to “innovate, exploit and research open data opportunities with business and academia”.

The idea is catching on in Brussels, and in December the European Commission announced its own open data strategy. It predicted that making data held by EC bodies available to the public would give a boost to the European economy of €40 billion a year.

There were even signs of open data activity in the private sector. Sportswear manufacturer Nike appointed Ward Cunningham, the software engineer who invented the ‘wiki’, as its first open data tsar. Nike hopes that encouraging developers to build applications with its data will help it to become a more sustainable company.

However, there were also a few developments that threatened to dampen the optimism of open data’s idealistic early proponents. In November, the Audit Commission revealed that spending data that local authorities are obliged to publish online had been used to defraud councils to the tune of £7 million in 2010. Fraudsters used details revealed in the data to impersonate suppliers, then asked local councils to change their payment details to fake bank accounts.

This slight tarnish on open data can be chalked up to teething problems. The scam can be foiled by simply checking with the original supplier contact whenever someone requests that payment details are changed.

More worrying to some of open data’s keenest supporters was the government’s announcement in December that it plans to make anonymised patient data from the NHS available to the UK’s biomedical research industry. Critics questioned whether the data could ever be properly anonymised, and argued that commercialising personal data was contrary to the ethos of the open data movement. “This is not open data,” said Open Rights Group executive director Jim Killock, “but it’s likely to damage the open data cause.”

Meanwhile, government wrestled with the issue of trading funds –government bodies that earn 50% of their budget by selling data, such as the Ordnance Survey and the Met Office. In a time of austerity, the bodies do not want to cut off an important source of revenue to appease open data advocates.

In his Autumn Statement, Osborne proposed the creation of two more new bodies: the Data Strategy Board (DSB) and the Public Data Group (PDG). The DSB will commission data for free release to the public. Some data from the Met Office, the Land Registry, Companies House and the National Address Gazetteer was made immediately available. The Public Data Group is tasked with looking after the commercial aspects of government data, promoting private sector use of trading fund data and investigating the possibility of trading funds becoming companies.

Together, these two organisations will be in charge of finding a balance between the revenue-earning potential of government data and the public’s right to government information. Not everyone believes their influence will be positive. Prominent UK open data expert Chris Taggart recently gave a presentation entitled ‘How the Open Data Community Died’. In it, he argued that government data may in the future be controlled by a few large organisations that keep information “beyond the scope of governance, government and the people”.

It is premature to declare the whole open data enterprise bust. However, just because a few senior government officials are making encouraging noises, it does not mean that publicly owned data will necessarily be more open in the future.