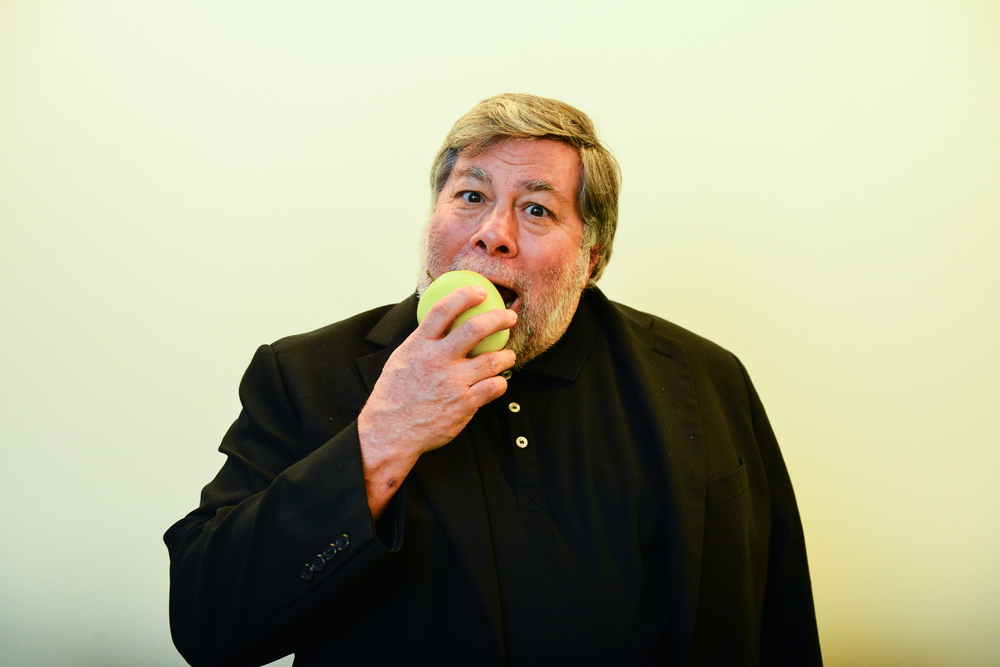 Wozniak’s comments centred on the Apple Watch – Cook’s first major product launch at the tech giant – which he said encourages people to buy based on their self-importance.

‘I worry a little bit about [it],’ he said. ‘I mean I love my Apple Watch, but it's taken us into a jewellery market where you're going to buy a watch between $500 or $1100 based on how important you think you are as a person. The only difference is the band in all those watches.

The Apple Watch launched in September 2014, but the company has remained tightlipped on its success to date.

According to IDC, however, Apple shipped more than 11 million of its wearable device in 2015, which put it behind Fitbit and Xiaomi in this burgeoning market – but way ahead of its longtime rival Samsung.

Wearables aside, Wozniak said he approved of Cook’s elevation to CEO and what he called the ‘new Apple’.

‘Every time we have a new iOS update, I'm very happy that it's doing things that really affect people,’ he said. ‘Like transferring calls from my phone to my computer. I really love even the Airplay, and all that.

‘So, I love the software, and I love the hardware, and nothing's letting me down. I dearly miss Steve Jobs too, but, that's all.’

In its first fiscal quarter of 2016, Apple declared profits of $18.4 billion – the largest quarterly profit of any public company in history.

Wozniak left the company in 1985, saying it 'had been going in the wrong direction for the last five years'.

>See also: Two thirds of IT pros oppose government surveillance – and back Apple over the FBI

He has revealed, however, that he actually remained an employee of Apple on 'a slight payroll', and Jobs ensured he always had a badge to get into the building.

‘Apple is the most important thing ever in my life, and it would be no matter what I might go off and try to do outside and say,’ he said. ‘I would only say one thing: I am Apple.’