Israel’s tech start-up scene: the heartbeat of the economy 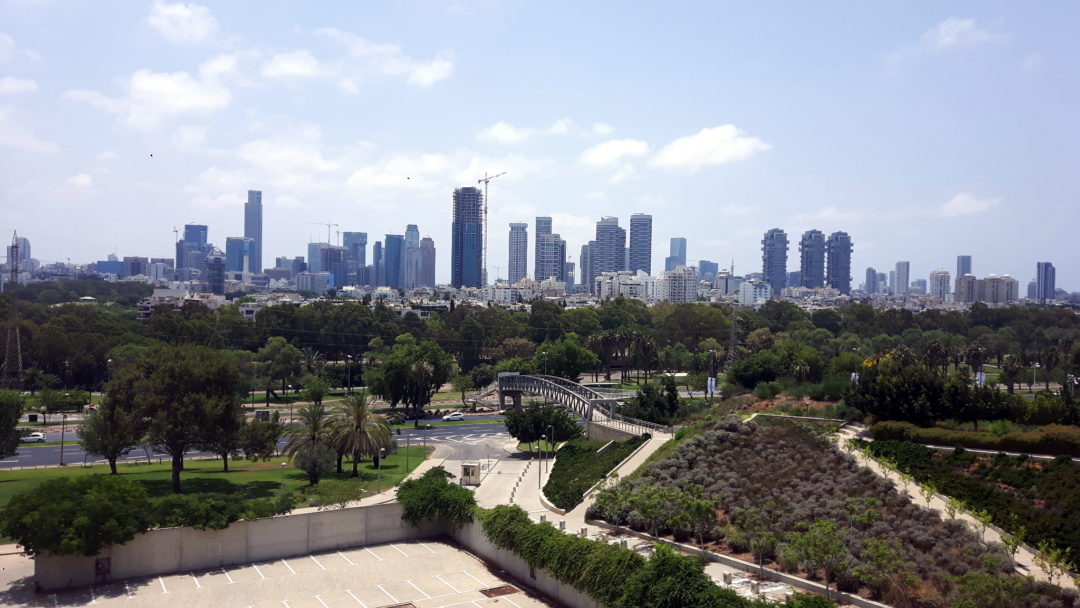 Many, if not all of the world’s developed countries have established technology hubs.

In the US, this is Silicon Valley; in China, Shenzhen is providing a technology bridge between East and West; and in the UK, London serves as the tech capital for Europe. However, in these countries, and others, tech hubs are not located in just one place. In fact, they are spread out across nations.

These hubs are a collection of established and emerging technology companies; where start-ups and enterprises co-exist in an innovation-first ecosystem.

Israel, dubbed the Start-up Nation by authors Dan Senor and Saul Singer, is–perhaps–one of the greatest examples of a thriving centre of technology and entrepreneurship.

Israel’s tech start-up scene is one of the fastest growing in the world and has provided the country with what Senor and Singer call an ‘economic miracle’. It is true, that now, high technology is the main industry in the Middle Eastern country.

In 2015, the country spent 4.4% of its GDP on R&D — the most of any of the OECD members. And, the country continues to be one of the top global performers for overall VC raising.

According to the World Economic Forum, between 1999 and 2014, Israelis started 10,185 companies, 2.6% with annual revenues of more than $100 million. Several have become billion-dollar companies, such as traffic app Waze, which was acquired by Google.

The Big Bang to Israel’s tech start-up scene was sparked when ICQ/Mirabilis — an Israeli start-up founded by five friends — was sold to AOL for $287m in 1996.

This catalysed Israel’s tech start-up scene, according to Tom Livne, co-founder and CEO at Verbit.ai — the AI-powered transcription service headquartered in Tel Aviv.

“Since then everyone had the dream to build their start-up and to have a successful exit like ICQ had,” explains Livne.

This founding deal lead to a lot of involvement from the venture capital industry, and the Israeli government began encouraging and subsidising a lot of VCs to help them fund start-ups.

The result has seen the emergence of a whole new ecosystem of tech, which has evolved over the last 25 years in Israel.

According to the Israel Ministry of Foreign Affairs, almost 80% of hi-tech products are exported.

‘In 2009, the product of ICT (information and communications technology, a major part of hi-tech industry) amounted to $19 billion,’ wrote the Israel Ministry of Foreign Affairs. This made up 17.3% of Israel’s business sector GDP.

Livne says that now around 35% to 40% of Israel’s GDP comes from the country’s tech sector: through exports, “and also, income from taxes from big IPOs and successful exits”.

In terms of employment, as well, Livne speculates that 10% of the working population are employed in the technology arena.

Where does this source of talent originate? Well, some come from overseas. But, the majority — similar to other tech hubs around the world — is fostered at universities and in Israel’s case, a lot of key skills are developed in the army, which is mandatory for all Israeli citizens over the age of 18 who are Jewish, Druze or Circassian.

2018 was an eventful year for tech M&A in Israel’s tech start-up community. The biggest announced deal was KLA-Tencor’s acquisition of Orbotech, for $3.26bn — the Chinese regulator has just approved this deal.

Moving forward, this trend is expected to continue, but “you will see fewer, but much larger deals,” according to Livne. “The VCs are now willing to put more capital for a smaller amount of a company.

He points to some of his friends’ companies that have got acquired recently.

“Literally yesterday [12 Feb 2019], one of my best friends–whose name is Ofer Smadari–his company, Luminate, got acquired by Symantec for $200 million.

“Another friend, Shai Morag, he was the CEO and founder of SECDO, and they were acquired for $100 million by Palo Alto Networks last year. Also, Fireglass were acquired by Symantec for $250 million. The CTO and co-founder, Dan Amiga, is another friend of mine.”

This apparent who are all co-founders within Israeli’s tech start-up scene suggests this hub is more like a friendly community compared to other tech geographies.

The Israel Innovation Authority receives a budget from the government every year to put into the tech companies, according to Livne.

“From my own experience at Verbit, we were selected as one of the companies that got a grant from the Chief Scientist’s Office. To date, we have been given around ILS5 million from the government. This helped us create the foundation and was necessary in the successful formation of Verbit.”

These type of government-led initiatives are crucial for the continued success of any start-up arena.

It’s not just the start-ups. Tech giants, such as Intel, are getting a lot of subsidy from the government. By reducing taxes for exporting companies, the authorities are also create incentives in terms of tax reduction to encourage the growth of Israel’s tech sector.

Why? The government see the technology as the main driver in the resurgence of Israel’s economy.

“In Israel, failure is not a bad word”

The UK and other countries, historically, had a problem with the word failure. It was taboo in business. Now, however, it is viewed in a less negative light. Failure is fine, as long as you fail fast, and is a sign of innovative companies.

In Israel too, “failure is not a bad word,” says Livne.

“We are resilient, we’ve been in the army and it’s okay to fail as long as you learn from the experience and you don’t repeat the mistake.

“In order to prevent you continuous failure, you must surround yourself with experts with experience in success.”

Artificial intelligence, arguably the most disruptive technology across sectors, dominates Israel’s technology industry. And, there are two reasons for that.

The first, is that there is a lot of talent coming from the universities, who have a lot of experience working with AI and disruptive technologies — “either they’ve worked in giants such as Google, or they’ve just got a high academic background,” says Livne.

The second reason is that AI represents the foundation of the fourth industrial revolution. “AI companies are the ones more likely to be funded and so that trend is shaping our industry,” explains Livne.

AI is transforming old-fashioned industries into new ways of working. Add to that the significant capital from the VC industry, and this is why there is a “very healthy and big scene of the AI here in Israel”.

There are those who dismiss this idea of Israel being the Start-Up Nation to watch. Meirav Arlosoroff, contributor to Haaretz, wrote earlier this year that ‘Israel is a superpower of mediocrity’, and has cut itself off from the rest of the world. She wrote that the ‘technology revolution is bypassing our isolated and non-competitive island. The good news is that after years of basking in the success of local high-tech, Israel has heeded the alarm and is trying to improve productivity in various traditional industries. But there is still are no government policies promoting productivity. Minister Cohen’s new committee is addressing these issues and problems. The bad news? It has no idea of how to resolve them. The reasons that services are so poor are still unclear, even in high-end professions and trades.’