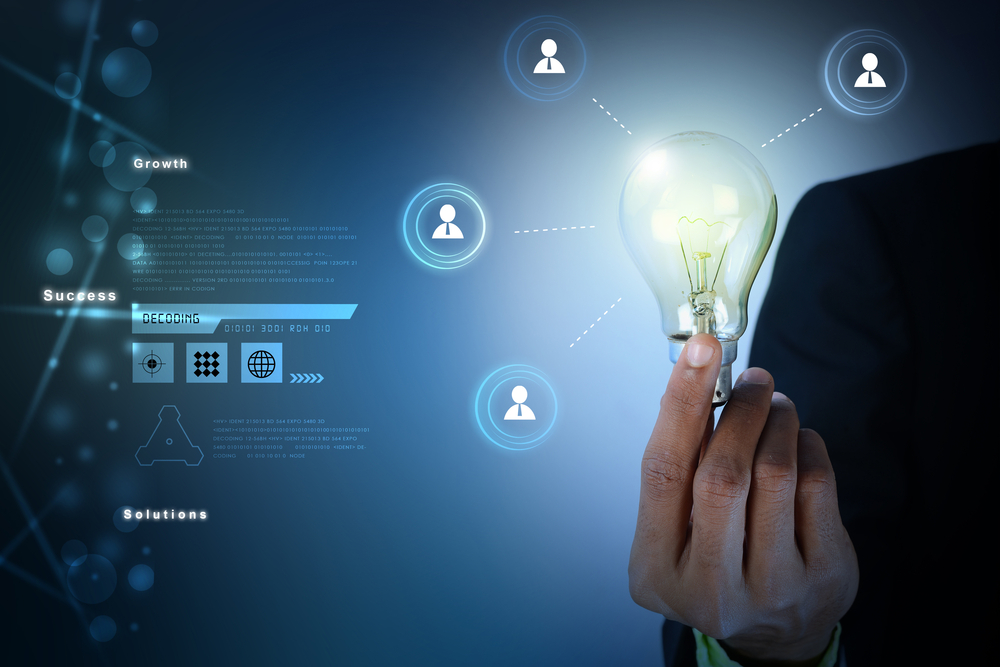 Anthony Foy runs data centres – 20 of them, spread across Europe’s business capitals. As group MD of Interxion, one the largest IT systems hosting services, he has seen the waxing and waning of demand for data centre facilities over the past half decade – but he has seen nothing like this.

During the past nine months, the data centres that form the powerhouses of most of today’s businesses have been strained to breaking point. And the root of their crisis: energy – the sourcing of electrical energy, the expense of energy, the wasting of energy.

Almost overnight, the IT function has become a prodigious consumer of electricity. According to Richard Barrington, head of public policy for Sun Microsystems, between a third and a half of all corporate energy consumption in the UK is now down to IT systems and their infrastructure. Most of that consumption is focused on data centres – facilities that were largely built in the 1990s for previous generations of computing but are now being packed to capacity with dense, energy-hungry equipment. These have huge power requirements and throw off an almost equally large amount of heat – heat that itself requires vast amounts of energy to dissipate.

That has added a frightening line to many IT bills. As energy prices have soared in the past three years (rising by 30% each year), the proportion of operational expenditure accounted for by electricity at large data centres has risen to an estimated 50% of the total costs. Moreover, as the demand and cost has risen to painful levels, energy analysts have warned that the reliability of supply is likely to head in the opposite direction in coming years.

As Chris Miller of the data centre design consultancy, Future-Tech, surmises: “Power is the major factor in determining people’s IT strategy now.” And the lack of it has become a huge business inhibitor.

Senior IT executives find themselves having to tell their management board that the organisation’s data centres have reached its upper limits. Just ask Deutsche Bank. In the UK, the investment bank has simply run out of data centre capacity. “London is full,” reports one of its senior IT architects, and it has been for some time. For 18 months the bank has operated a ‘one server in, one server out’ policy at its 75,000 square foot data centre in London. No system can be added to the facility unless an equivalent one is removed. And it is not alone.

“Most data centres in use today were specified to deliver a maximum of 1 kilowatt per square metre,” says Interxion’s Foy. But the low-cost, high-performance blade servers that companies are packing into racks, require as much as 10 to 15 kilowatts, he says. And few organisations outside of data centre service providers such as Interxion, Global Switch, Savvis and a few others, are in a position to provide that.

Indeed, with pressure on in-house facilities, these companies are suddenly in a very good business. “We are the pressure valve for customers’ who have reached their limits – and there are plenty in that situation,” says Julian King, commercial director of Global Switch.

But the energy issues organisations are having to face up to are not just about capacity. The electricity that today’s systems are consuming, ends up as heat – and heat so localised that traditional mechanisms for blowing that heat out of the chassis and out the building are woefully inadequate.

The consequences are not pretty: at the London office of one large financial services company they watch the summer weather forecasts very closely. On a hot day as temperatures rise into the 30s, maintenance crews are sent onto the roof of its building, where they break out the fire hoses and stand spraying the coils of the data centre’s air conditioning units (the data centre is, not unusually, in the basement) throughout the day until the air temperature falls.

Data centres designed for for 1 kilowatt racks are packed with racks requiring 10 or more kilowatts of power."

Such issues have huge implications for business competitiveness – and even survival; but they also put data centres at the locus of some of the major energy and environmental issues of today.

The sheer levels of data centre energy consumption are staggering; but so are the levels of waste. Typically, systems are scaled for full capacity and kept running whether they have a workload or not. Even in quiet periods, cooling systems are still pushing out air at peak period rates.

The outcome is staggering: less than half the electricity coming into a data centre is going to IT workload, says Tony Day, chief engineer at APC, the data centre infrastructure equipment maker. The rest goes into powering over-provisioned computers, cooling, humidification and power protection systems.

What is clear is these are issues that will not – and arguably, should not – remain behind closed corporate doors. It is only a matter of time before environmental groups, legislators and regulators turn their gaze towards data centres.

The government’s policy review, The Energy Challenge, published in June, says as much. It makes it clear that carbon use and emission targets will be set for companies operating ‘energy-intensive assets’. And few insiders are in any doubt that that means imposing regulations (and possible tax incentives/penalties).

There is actually a sense of resolve among many. “As one of the biggest consumers of utility power, data centres are also a major contributor to greenhouse emissions,” says George Rockett, director of the UK Datacentre Networking Group. “This makes them an easy target for legislative initiatives regarding buildings and energy efficiency.”

But the issue is not just about energy use and its waste, it is about reliability of supply. Energy experts highlight how the growth in energy demand at current levels is unlikely to be met by future electricity generation capacity.

Given such predictions, in industries such financial services, where some analysts estimate that IT accounts for above 80% of power use, the prospect of a loss of supply has triggered some radical thinking.

Several organisations are investigating the possibility of micro-generation – building their own capacity alongside their data centre. Indeed, one large UK insurance company, where senior management have set a target of obtaining 20% of its energy from renewable sources, has launched an investigation into building a wind farm to power (or part-power) its data centre.

However, no-one running data centres is suggesting the power issue is going away any time soon. And that spells the end of the line for the most consistent of all IT predictions. “Power and cooling are putting the brake on Moore’s Law [that processor performance will double every 18 months] – it’s really that simple,” says Miller.

That has led many – vendors and users alike – to suggest that the single biggest challenge the industry faces today is not security or regulatory compliance or anything else that tops an analyst’s ‘CIO Concerns’ list, but an energy crisis of IT’s own making. As Tony Day, chief engineer at APC, says: “Worldwide, data centres consume some 40 terawatt hours of electricity annually. Reduction of waste should be a major objective, not just for those responsible for profitability and environmental regulation but for anyone concerned for the health of the planet.”

According to Sun Microsystems, the average data centre (with an appetite for 2 megawatts or power) burns its way through the equivalent of 80 barrels of oil or 2 tons of coal a day. At early-July oil prices, that equates to an electricity bill of $2.3 million a year.

Analysts at IT sector watcher Forrester Research provide a different eye-popping metric: a data centre with 2,500 servers – relatively small compared to some of the monsters out there (Google has an estimated half million servers) – will use enough electricity in a month to power 420,000 homes for a year.

These might be headline-grabbing figures, but a more detailed analysis is perhaps more revealing.

The base units used to measure data centre energy consumption – watts, tonnes of carbon, thermal units, even data centre racks – are all clearly defined. However, calculating the power draw of different devices, such as servers units or blades, as well as processing capacity, efficiency and rack and processor utilisation is another matter.

An ‘average’ server – perhaps one of a small group running Microsoft Exchange or a website – requires something like 450 watts; if measured over time, that is 0.45 kilowatt hours (kWh). In a data centre, a rack of servers might use anything between 5 and 25 kilowatts, depending on the number of servers or compact ‘blades’ each can house without overheating.

Researchers at IT systems giant Hewlett-Packard recently estimated the operating costs of a data centre with 1,000 racks, spread over 30,000 square feet. Based on current US electricity prices, that infrastructure would require 10MW of power for power and cooling at a cost in excess of $2.4 million a year. As with other experts, the assumption is made that for every megawatt used for processing, another is needed for cooling.

And as that cooling and other infrastructure equipment (uninterruptible power supplies, humidifiers and so on) has been called on to do more, it has become increasingly expensive, adding in this case a further $1.8 million in amortisation and maintenance costs.

That brings the total annual cost of powering the 1,000-rack data centre to $4.2 million per year.

In environmental terms, generating 1kWh causes the emission (somewhere) of 0.5kg of carbon. So, the 1,000-rack data centre will, over a year, pump 44,000 tonnes of carbon into the atmosphere. If a business was required to buy carbon credits to offset this under the European Emissions Trading Scheme, the annual cost would be about E700,000.

What about the cost of alternative sources of electricity? To build a modern wind turbine generator would cost between $1,500 and $2,000 per kilowatt required – for a 1,000-rack data centre that would mean a minimum $15 million outlay. Add the costs of electricity to the savings on carbon credits, and it might just pay for itself in a decade or so…. with a fair wind.

Articles linked to this feature

The politics of IT power – To date, the large amount of power consumed by corporate IT – and the consequent ‘carbon footprint’ – has largely escaped the attention of both the environmental lobby and regulators. But most executives – and especially those involved in running data centres – know it can only be a matter of time.

Fighting the fire – The IT industry is responding to the energy crisis with a number of initiatives. 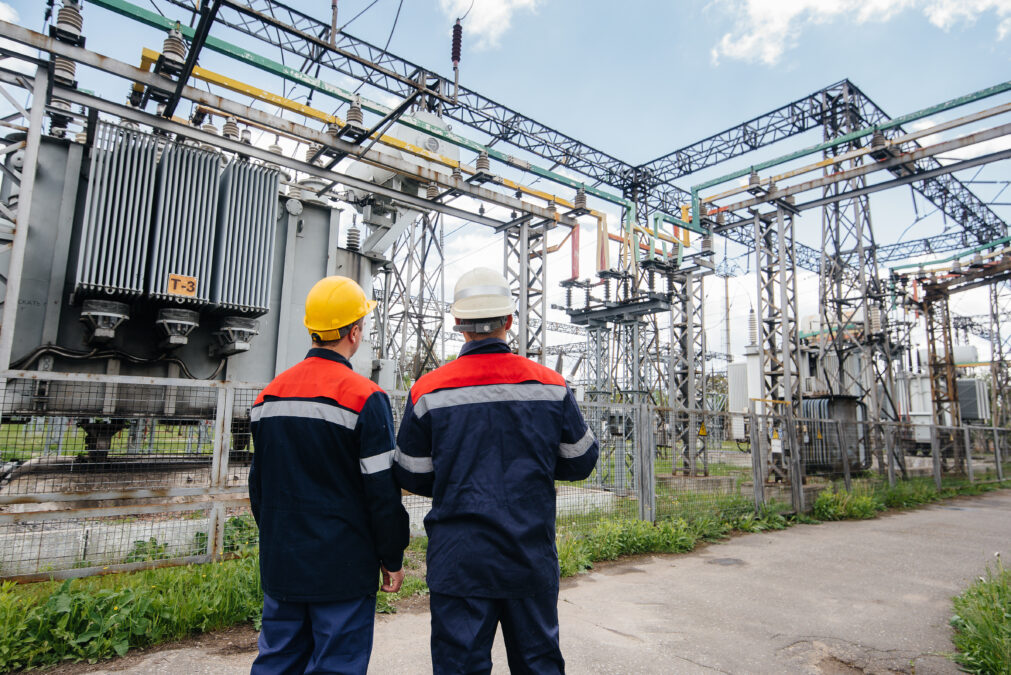 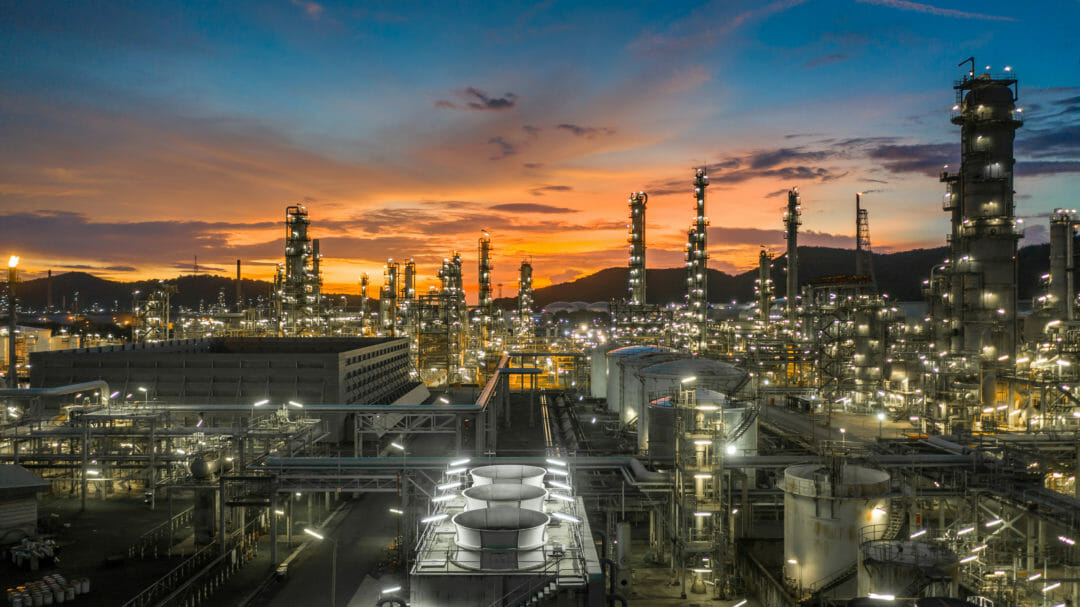