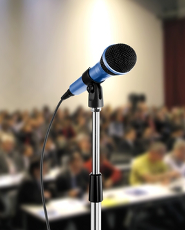 A journalist in Australia was arrested after he wrote an article about a presentation at a security confernece.

The presentation was about security vulnerabilities of social network Facebook, although the arrest appears to be related to privacy breaches in the presentation itself. Security expert Christian had demonstrated how it was possible to access private photographs by accessing photos of the wife of a fellow security expert.

Sydney Morning Herald journalist Ben Grubb wrote up the story for the paper's website – read the article here – and was arrested while still at the conference. He was later released without charge, although police retained his iPad.

Police denied the arrest at first, but later confirmed that it had taken place.